In Star Trek: Voyager, why do they keep & use technology from the future?

Mainly the doctor's mobile emitter - they obviously have some rules about not disturbing the timeline via the temporal time directive by leaving advanced technology in the past, so why would they on the other hand accept and continue to use advanced technology from the future? 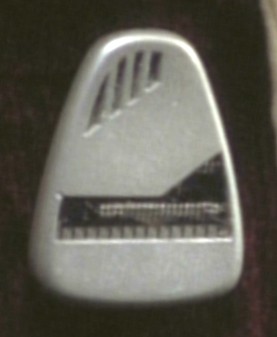 I am not suggesting that they give it to anyone else, but rather why don't they destroy it? Or simply not use it and store it away somewhere? Or, out-of-universe, is it like the One Ring, and they can't destroy it nor help but use it?

The Temporal Prime Directive does not classify 1996 as the future

The only logical explanation that does not include the crew willfully breaking Starfleet regulations is a loophole based on how the technology was acquired. The mobile emitter was not a technology that they took from the 29'th century, nor was it established that the device itself is from the 29'th century. They got it from 1996, from a man who has... engineered all modern technology from a downed time-vehicle. It is very possible that the device itself was manufactured in 1996. Rejecting use of the device on that basis, would also require them to reject all other technologies developed since.

This answer (along with the episode from which the entire problem erupts) leaves a really bad taste in my mouth, but it is the one that logically follows.

The device may have been allowed to be returned to the VOY timeline because its constituent components may have already existed in the timeline back in Federation space and the research was already being done. Or something more sinister...

There are a couple of reasons the Federation Timeship allowed Voyager to keep the holographic doctor's mobile emitter:

Either way, giving the device to Voyager would definitely be considered tampering with the timeline, given that the mobile emitter was capable of compressing the holodeck technology and an unknown, inexhaustible but highly compatible power supply into something you could carry in your pocket, wasn't radioactive and could power the holoemitter for two years of use.

In the novel 'Star Trek: Department of Temporal Investigations: Watching the Clock', Janeway has a brief conversation about the mobile emitter. It would seem that while 29th Century tech is advanced, the underlying principles aren't all that and a bag of chips.

“On Stardate 50312, you allowed your Emergency Medical Hologram to keep a mobile holo-emitter based on twenty-ninth-century technology, rather than confiscating and destroying that technology.”

“The Doctor needed that mobility to be able to do his job at peak efficiency. I couldn’t risk having my ship’s only medical officer trapped in sickbay indefinitely.”

“And didn’t you think about the consequences to Federation technological progress once you got back?”

“Frequently. But I studied the device. Whatever century it came from, its operating principles weren’t too far ahead of the current state of the art. I expected that by the time we got home, probably decades in the future, the technology would already have caught up.”

Always thought with the information that in the 31th century they fight a Temporal cold war that it's like with every war nothing is as it was before.

Why do we believe the Temporal Agents of the Future are protecting the very original timeline? Since the Federation prevails they must have kind of won the war. But as all factions of that temporal war messed with the past to give their faction an advantage and the enemy an disadvantage, I believe the timeline which is protected is not the original one but the one which brought the federation to victory. And we basically don't know which events fall under that timeline.

In first Contact the Enterprise helped to build the first Warp drive since that was what should happen or should it? Did Cochrane invent the Warp drive or was it actually Laforge? Or maybe Laforge build only a slightly better one which paced up the development of the Warp drive in the Federation. Also in Voyager we get to know that a lost Timeship was reverse engineered to develop microchips in the 20th century which had been the past for Voyager already. That was not corrected? Because it is also the past of the future Agents but not of the first timeline. In which all that must have happened much slower.

So my guess is basically that some Temporal Events were tolerated or even willingly guided by the future War Federation to come out on top of all that temporal fighting and then those Events are seen as the correct new timeline which must be secured to ensure victory of the Federation for all times. And maybe the point of Voyager bringing home Future Tech and giving the Federation a huge Tech boost is how it should be and just seems not right to us who always think the Future guys want preserve an unalternated timeline.

Not the answer you're looking for? Browse other questions tagged star-trek time-travel star-trek-voyager or ask your own question.