How many providers (dissembodied brains) exist in Triskelion?

In The Gamesters Of Triskelion, how many disembodied brains exist on the planet? I seem to recall after the landing party gets their colours, Galt said something like "red, you are on a good team". However, at the end we are only shown 3 disembodied brains. It would be a very strange way of talking to say "you are on a good team" if there are only 3 teams. However, I may have been mistaking as I couldn't find anyone saying "they have a good colour" anywhere in the transcript.

In any case how many brains are there, do only 3 brains make up the entire race?

A triskelion is a three-pronged/three-part spiral, and has existed as a concept since at least 3200 BCE. For example, here is an ancient Greek jug featuring a triskelion, and a Celtic cup with a simpler version, from that Wikipedia page: 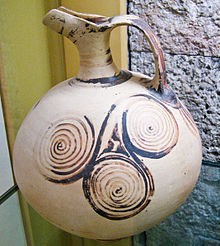 And they themselves use a three-pronged spiral for the Triskelion planet: 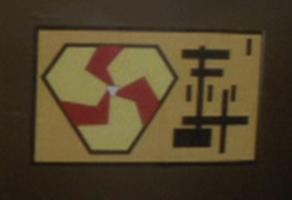 Since there is no indication that there are any other Providers, and the name of their planet is symbolic of "3", it would appear safe to assume that there are indeed only 3 Providers on the planet. However, it is unknown if others of their species exist on other planets.

25
How Many Tribbles Were There?
5
In TOS, how many shuttlecraft were aboard the U.S.S. Enterprise NCC-1701?
19
Are Enterprise security personnel trained in combat?
3
If Romulans so deceitful and vicious, how can they make any allies?
19
Why does Harry Kim get in trouble for sleeping with an alien?
12
When was the Verteron Array built exactly and why wasn't it used against the Xindi when they were about to destroy earth?
20
In Star Trek, what are all the low-ranking Command Division officers doing?
3
How many deaths were there on the Enterprise?
8
During Star Trek TOS - how many starships were there in all of Starfleet?