What do the visions seen by Flash when he got shot mean?

In the Justice League Animated TV show episode 14 "The Brave and the Bold" - part 1 showed that Flash was shot by Dr. Corwin’s energy gun, which showed him visions starting with him turning into a lightning bolt and going back to the night where he was working in the lab and the lightning that struck him. 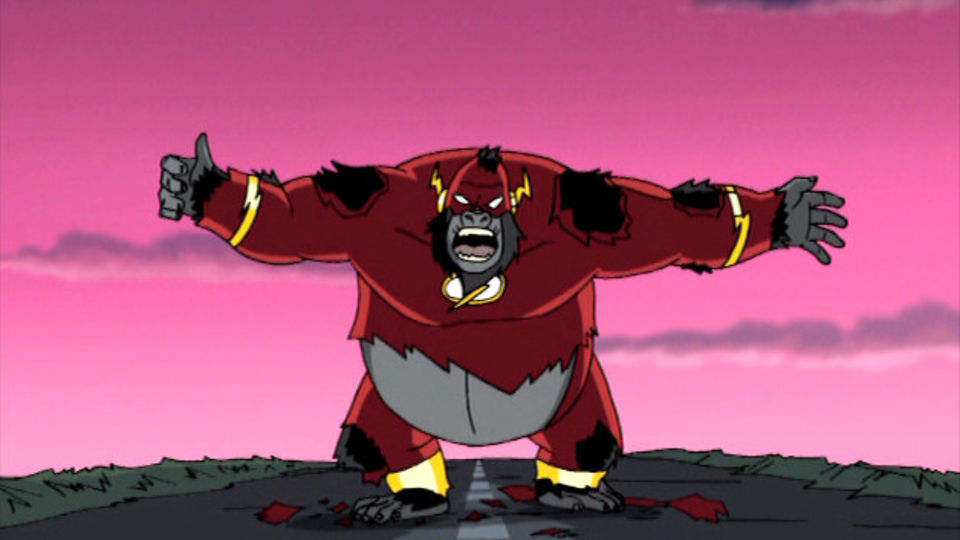 The vision continued which showed him speed across to Central city where he turned fat and looked himself in the mirror which showed him in different odd shapes and also like a puppet on strings. At the end, He turned into a gorilla and only then he woke up from the dream/vision.

What could all these visions represent ?

The first vision shows what happened to Barry Allen, in the comics, Barry literally becomes the lightning bolt that strikes him in his lab, giving him his powers(This version of the Flash is Wally West, not Barry Allen). The second vision is easily him possibly losing his mind due to the energy distorting his connection to the speed force (this answer is pure speculation on my part). The third vision is, a vision of his future where Grodd manages to turn the Justice League into apes. 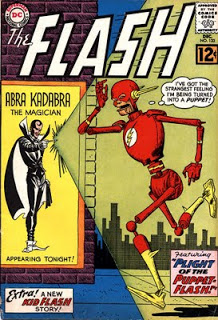 The Silver Age was a very weird place, and transformations were common. I have not found a Silver Age cover with The Flash specifically turned into an ape, but I would not be surprised if it exists. So yes, these are likely visions of what happened in the comic books (i.e. basically alternate realities that the cartoon Flash could have interacted with).

It also works metaphorically because I think that scene was Flash's perspective of being mind controlled by Grodd. The Fat part was specifically a scheme of Grodd's when he was in a human body.

Not the answer you're looking for? Browse other questions tagged dc the-flash dc-animated-universe justice-league or ask your own question.

10
What actually happened when the flash got shot?
6
What was Flash referring to at the end of the last episode of Justice League Unlimited?
10
Dark Knight: Didn't Dent Commit Enough Crimes to Discredit Himself Before He Became Two Face?
2
What was going on in Starling City when the Arrow helped the Flash with the Reverse Flash?
2
How does The Flash move without being seen?
5
Does the Flash sweat when running?
4
What happens if The Flash trips?