Which Celestial's head is “Knowhere”?

It was mentioned in the movie Guardians of the Galaxy: Vol. 1 as well as in this article and confirmed here, that:

Which Celestial Being did the head belong to? (if known).

I have also checked the Wikipedia page for Knowhere, but the closest thing to its origins was this line from the creators (Dan Abbnett and Andy Lanning):

Honestly, they just came to us. The severed Celestial head was, I think, something that popped out of Andy's mind one day. Similarly, one morning, I said "what about a talking Russian dog?" We run with these things and develop them together. It's hard to pin down where exactly they originate.

At least in the Marvel Cinematic Universe, Knowhere may be the disembodied head of the Celestial Jemiah , also known as Jemiah the Analyzer. 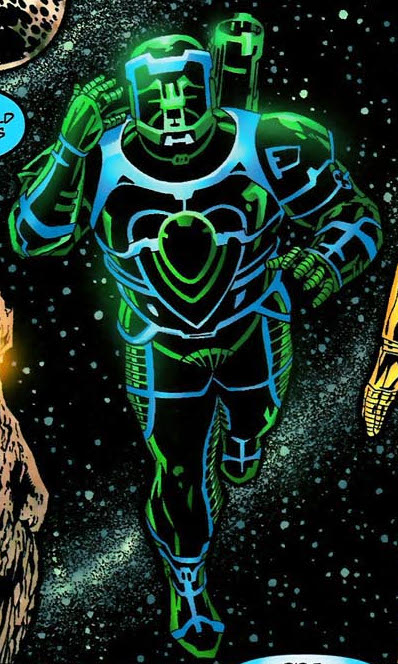 There isn't much concrete evidence to support this, however, in the MCU movie Guardians of the Galaxy, the bar that the group waits in before meeting with the Collector on Knowhere is known as the "Boot of Jemiah". This might just be a coincidence, but with the MCU, you never know. I found this on the Marvel Wiki page, so take this information however you want. 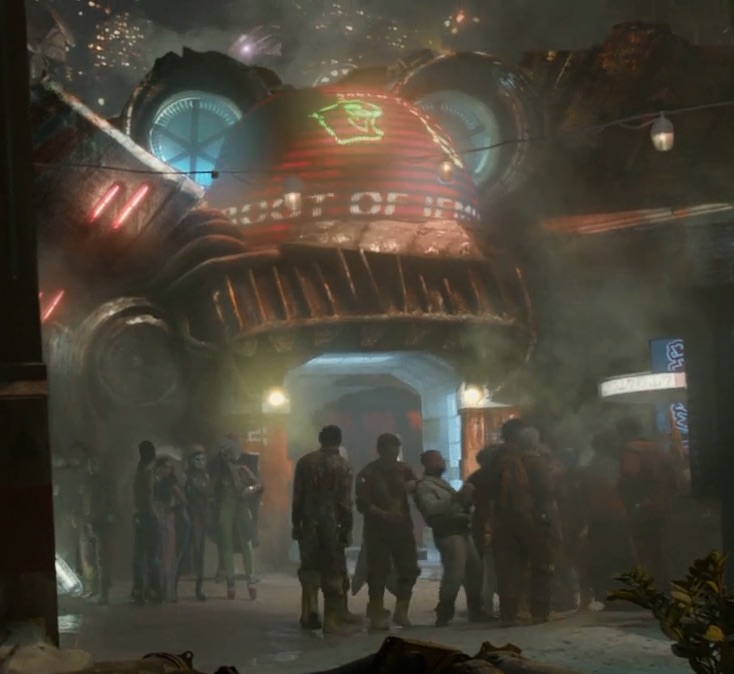 Boot of Jemiah is a bar and casino in Knowhere. It is frequented by criminals, outlaws, rogues, and prostitutes. The Guardians of the Galaxy stopped here before meeting with The Collector.

Don Cates made it canon that Knowhere is the head of the Celestial killed by Knull in this tweet. 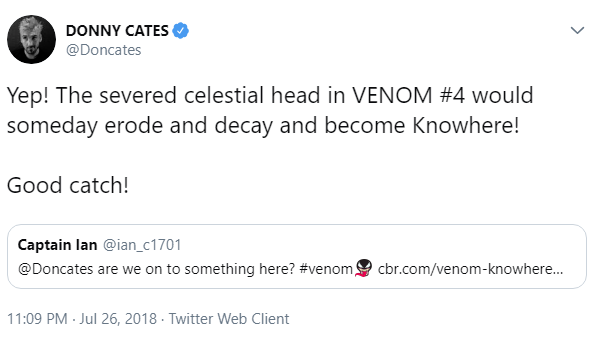 "The Celestials are not indestructible, however. During the Third Host, the Celestials used their combined might to slay one of their brethren for breach of conduct." - Marvel Universe; Celestials

Hence, it would be a 'leftover' of a Celestials war...

Here is one possibility but it will depend on what happens in the next two months. In Hickman's Shield Series, before it was put on hiatus, the characters were going after a rogue Celestial that was born in the sun. Now these events happen sometime in the past. About the same time as the Soviets were sending animals into space. It seems possible that they destroyed this Celestial in the past and that the remaining head is from that character.

In Guardians of the Galaxy II the MCU version of "Ego the Living Planet" describes himself as a celestial, and speaks on how he was just a brain that woke up in space and wanted some matter to cover itself so it made some and it formed a world around it and eventually that became Ego who decided to "unite" all life by planting seeds on various planets and creating off spring to succeed him.

Okay so we have a vision of a Celestial blowing up a civilization by use of his staff shown by the collector. So we know that THAT type of huge cosmic armored "space Kachina" celestial exists in the MCU.

We have a space station in the ripped open inert head of a celestial where they go to meet the Collector.

So-> Huge Celestial as seen in comics confirmed, EGO describes himself as a Celestial, EGO is a big brain, brains go in head, and we have a big popped open Celestial head.

I think Ego was the remnant of a dead or dying Celestial and it might as well be the Knowhere mining station because that's a good place for a brain to come from, right? He's even going around altering and judging life where he finds it.

1
Is Knowhere the remains of Ego's skull?
22
What race (species?) is Star Lord's dad?
31
The Collector shows the GOG footage of a huge guy destroying a planet with the Infinity Stone. Who is this?
6
What does it take to destroy a Celestial?
-3
Is there another meaning to the name Knowhere?

13
Who was Death's Head II?
5
Which reality is the Guardians of the Galaxy (2008) series set in?
27
How does Tony Stark move his head inside the helmet?
8
Why isn’t Coulson removed from the head of S.H.I.E.L.D. by formal procedure?
46
Which galaxy was featured in Guardians of the Galaxy?
11
Which, if any, planets and characters are known during the space hop scene?
30
Did Wakanda officially get the stuff out of Bucky's head?