Novel with teleportation and a progress-delaying bureaucrat?

A decade or more ago, I read a novel in which a bureaucrat (sorta), whose main responsibility was to prevent change from happening too rapidly, ends up trying to prevent all teleportation from failing. It's so common, people live in high-rises with no doors, so the death toll would be immense. He eventually learns that living stars are having their energy sucked away by the teleportation.

I liked the character, but I don't remember his name or the name of the novel.

After suffering under a tyrannous pure democracy which had the power to create laws so fast that no thought could be given to the effects, the sentients of the galaxy found the need for a Bureau of Sabotage (BuSab) to slow the wheels of government, thereby preventing it from legislating recklessly.

Jorj X. McKie is a saboteur extraordinary, a born troublemaker who has naturally become one of BuSab's best agents. As the novel opens, it is revealed that Calebans, who are beings visible to other sentient species as stars, have been disappearing one by one. Each disappearance is accompanied by millions of sentient deaths and instances of incurable insanity. 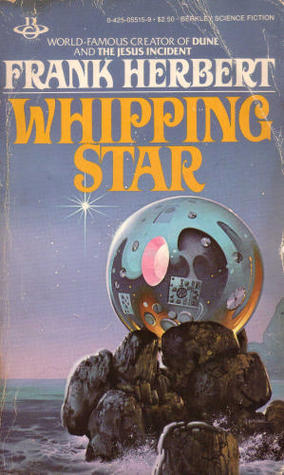 Not the answer you're looking for? Browse other questions tagged story-identification novel teleportation or ask your own question.