What is the source of the translated text in the wanted poster of Sirius Black in the Prisoner of Azkaban?

The following fact about Prisoner of Azkaban movie is fairly popular (even listed on the film's IMDB Trivia page):

The symbols under Sirius Black's picture on the Wanted Poster translate as "more or less human."

However, googling for the phrase doesn't seem to show any actual sources, just various tumblers and twitters.

What's the source of this fact? 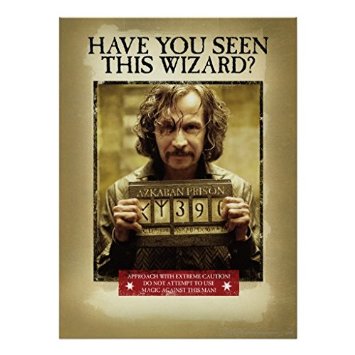 Perhaps the original source of the alleged translation is the IMDB. If I'm not mistaken, isn't IMDB similar to, but not a duplicate of, the Wikipedia, in that it accepts user info submissions? Just a thought.

I looked this up in both Harry Potter: Film Wizardry by Brian Sibley and Harry Potter: From Page to Screen by Bob McCabe, both definitive books on the Harry Potter movies (seriously, they are huge and incredibly detailed in both images and information.). Neither mentioned the phrase More or less human, at least not that I could find (I'm relatively competent when it comes to finding Potter info.). Anyhow, the McCabe book says: Director Alfonso Cuarón suggested the Azkaban tattoos, which represent a variety of alchemic and runic symbols. See pics below (Also, a close-up of Sirius's Azkaban numbers and info, as someone requested it.). 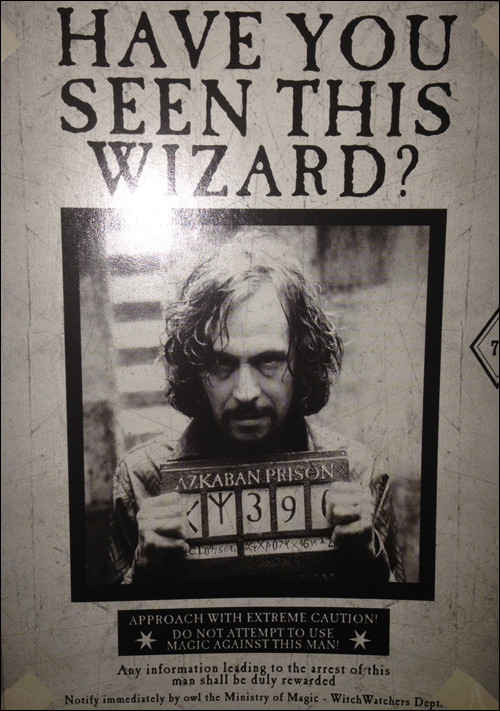 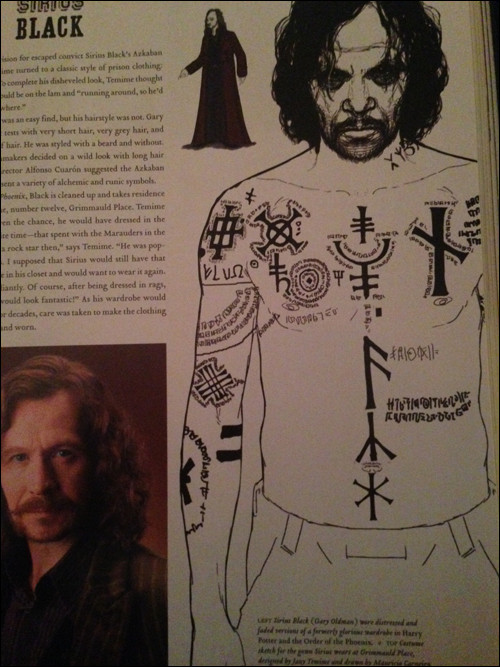 Here's why I think, though, that this saying -- More or less human -- could be totally valid. I looked up Alchemy on the Wikipedia and found an interesting passage:

Both the transmutation of common metals into gold and the universal panacea symbolized evolution from an imperfect, diseased, corruptible, and ephemeral state toward a perfect, healthy, incorruptible, and everlasting state, so the Philosopher's Stone then represented a mystic key that would make this evolution possible.

In texts that are written according to this view, the cryptic alchemical symbols, diagrams, and textual imagery of late alchemical works typically contain multiple layers of meanings, allegories, and references to other equally cryptic works; and must be laboriously decoded to discover their true meaning.
Wikipedia - Alchemy

While a sentence to Azkaban is certainly not the same as taking the Elixir of Life, if you look sideways and squint hard, you might see a commonality between the goals of the Elixir of Life and a prison sentence. Ostensibly, the man or woman who is sentenced to prison is imperfect and corrupt; the goal is their redemption, to atone for crimes and sin, to make restitution to those harmed (And this doesn't necessary mean an individual; it can refer to a community.). It's about, in theory, seeing a prisoner reach a state of rehabilitation. Rehabilitation is a process, a journey.

The Philosopher's Stone at one time represented a mystic key that unlocked a similar journey, as previously mentioned: the journey from both the transmutation of common metals into gold and the universal panacea symbolized evolution from an imperfect, diseased, corruptible, and ephemeral state toward a perfect, healthy, incorruptible, and everlasting state.

So while an Azkaban prison sentence is about both punishment and breaking a wizard down so thoroughly that he/she may be rehabilitated once he/she has sunk as is as low as humanly possible. Like Fawkes -- all phoenixes, really -- the prisoner has to claw his/her way out of the proverbial as The Philosopher's Stone symbolizes a similar kind of change. This is where I see the connection between alchemic tattoos and, as a prisoner embarks on his/her journey of rehabilitation, there might come a time and a place where that prisoner is "more or less human".

Finally, I wonder if the source of the saying *More or less human" simply refers to Sirius's status as an Animagus.

A quick Google search leads me to a few different-but-similar transliterations of the runes1, 2. However, for consistency, I'll go with what I can find on Wikipedia3.

These two runic sequences transliterate to the following:

It is worth noting that in addition to being used as letters, the runes can be used for symbolic meaning, generally in runic magic. However, that would make the upper section mean, roughly "Gift elk 390" and the bottom right section mean "Pear-tree elk gift Æsir 07 elk gift 46 day yew 2" (with "day" possibly being "horse" or "man" instead). I can't imagine what sort of divination you could get from that, but I'm no runomancer.

In short, I doubt whoever was responsible for creating the placard intended for it to be actually translated, despite using real runes.

The bottom line is, the source of this "fact" is somebody's twisted imagination, and it's not actually true.

Tracking down the originator of this (false) rumor is unfortunately beyond my capabilities, but it would probably be good if someone could remove it from IMDB.

It's the cirth. More specifically the cirth used by the men of Dale. All the tunes from the prisoner plates match up with runes used in "The Hobbit" by JRR Tolkien. It translates to nothing more than a serial number. Top line: PX390 Bottom line: PXGA0TXG46DZ

Basing my answer purely on speculation and some sources, here is my opinion.

This being said, you could say it means, he is so-so human.

This made me rack my brains about the fact about the traits of one person, if they were to commit murder, and furthermore make Horcruxes. It's apparently said that when Voldemort recreated his body sometime in 1994-95, Rowling described him as,

The translation said, "more or less human," so I researched for that quote and that characteristic. When one commits murder, they become "less human," because their soul is being ripped apart.

Sirius was accused of murdering many people, including Peter.

If you put two and two together, the translation could have meant him being so-so human because he murdered so many people, ripping his soul apart. As you could tell, Voldemort could easily classified as being so-so human.

When one is referred to as being a mass murderer, people tend to think, "How could a human do that?" I believe this translation is more of a word of speech; to think that a human could kill so many, completely thrashing their soul apart. To think if they really were a human; to be able to do so much damage. The opposite would be something evil. Evil beings are thought of not being human(to me). Again, word of speech.

The "less human" statements can be found here, under Dehumanization, although speculation.