Why didn't Reverse-Flash kill this person?

Kill Eddie? We've been shown that Wells is in fact Reverse-Flash in this continuity. So why wouldn't he kill Eddie instead of leaving him alone?

EDIT: Thanks for all the answers, but seeing as how the question was asked before we learned the true identity of Wells and it was answered by the episode itself, I'm only going to upvote answers that provided a theory or answer that made sense or correctly guessed what was going to happen.

UPDATE: It IS now confirmed that Dr. Wells is the Reverse-Flash, appearances to the contrary. Spoilers Within.

What we do know is this:

Cisco's investigations into Well's behavior reveals a sophisticated hologram planted by Wells to create the subterfuge of the Reverse Flash attacking Star Labs in S1-E15.

I believe the reason Reverse-Flash did not kill Eddie, is because he IS Eddie or as Wells admitted a distant ancestral relative. The Reverse-Flash killed or did an extreme takedown of everyone else in the room. Eddie? He disarms and ignores after a momentary stare. And Detective West? He hesitates to kill immediately using his super-speed. A moment of conscience, perhaps? 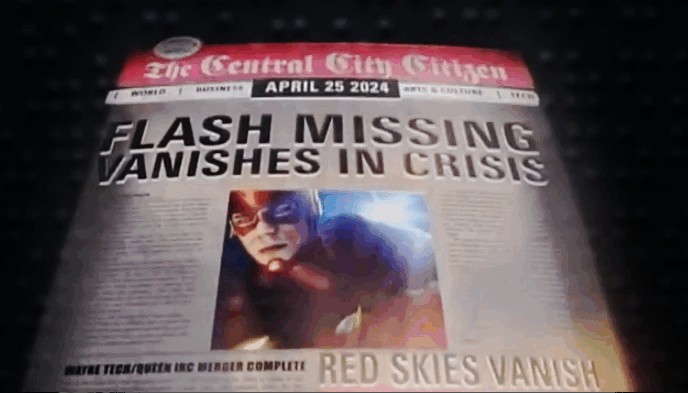 Because Eddie is a distant relative of himself. Wells/Eobard is from 136 years in the future. His existence is dependent on Eddie having kids, and those kids having kids, etc. He didn't kill Eddie so as to ensure his own future existence.

There's several possibilities here the main reason surely has everything to do with who Eddie is...Eddie Thawne. Granted there have been multiple reverse-flashes but given what happened to Nora Allen I'm assuming we're talking about Zoom here and not Hunter Zoloman.

So who is Zoom? In the comics Zoom is Eobard Thawne a man born in the 25th century before coming back in time to our own. (Also at some point goes back slightly further to kill Nora Allen). Thawne is obviously descended from some other Thawne probably as far back as our own century and in the comics he does in one Malcolm Thawne

Barry's long lost twin brother who pretty much stalks him

So we have several possibilities

Major Spoilers: As confirmed in S1E15 of The Flash ("Out of Time"), Harrison Wells is actually

Eobard Thawne, a traveler from the 22nd Century who has been trapped in our time since he accidentally killed Nora Allen 15 years ago. He has been helping Barry control his powers and get faster so that he can use The Flash's speed to return to his own time. He also indicated that Eddie Thawne is a distant relative.

Therefore, we now know that he did not kill Eddie because

killing Eddie would corrupt his own timeline, possibly even erasing him from existence altogether if it's a direct relationship.

UPDATE: This is confirmed again by Wells himself in S1E20 "The Trap". Wells then discusses the relationship further in S1E21 "Grodd Lives", while tormenting Eddie about his future.

It did not show who the Reverse Flash was. It did show a couple other important things though:

Reverse Flash beat up Dr. Wells. Later, when Dr. Wells is being examined by Caitlin, he is not rapidly healing like Barry.

Additionally, when Reverse Flash is "paused" in the force field, Dr. Wells makes it very clear who Eddie is:

Wells: Detective Thawne, would you like to read his Miranda rights?

He is identifying, to Reverse Flash, who is in the room and who is important. Reverse Flash could still be Eobard Thawne, possibly a descendant of Eddie. By killing Eddie, he'd never be born.

Wells still appears to have knowledge of the future, probably even helping Reverse Flash to shape the future. But, it has not revealed who is actually in the suit yet.

Could it be that the data base he has is one he brought with him in the future? And how things can change in the past like back to the future with the photo, so can the data. Maybe he got hurt and can't travel through time and is stuck. He can still move fast but with the device he stole it could have acted like an anti paradox machine. I think eddie is wells. Perhaps iris dumps eddie. He asked how if she felt love for Barry. So she ends up with Barry and in his twisted mind thinks I got to be physical like Barry to get her to love me. I got to get rid of Barry and to trick her into thinking I'm him. Wells is collecting data on Barry. He might have failed in the future in killing Barry and is waiting for the moment that he no longer is with iris and says to himself. Okay. This is how you kill him and get her back. Never mind this fake fiancé. We know wells isn't his real name. That be a cool twist.

the Professor Zoom (aka. The Reverse Flash)

And Eddie Thawne is

Malcolm Thawne, father Of Eobard Thawne.
So if Wells (Zoom) killed Eddie (Malcolm), he wouldn't have been born.

8
Can Reverse Flash kill Flash?
4
Why didn't Barry's father get a retrial after Joe and others witnessed the Reverse Flash?
7
Flash and Reverse Flash relationship
1
Why did Reverse-Flash reveal his true identity?
0
Why did future Flash save his child-self from Reverse Flash only once?
5
Is Reverse Flash from a different timeline than Rip Hunter?
6
Why is Zoom sending metahumans to kill the Flash?
2
How did Hartley Rathaway know about Wells being The Reverse Flash?
5
Why did Thawne need the particle accelerator to be built 6 years earlier?
0
What happened to reverse flash after undoing flashpoint?