How can Wolverine sleep on a waterbed given his extra adamantium weight?

Can anyone explain Wolverine having no trouble sleeping in a water bed at 300 lbs+ (plus the, let’s say, 130 lbs for the woman next to him) in X-Men: Days of Future Past?

Because when he travels back to the 1970s, he's not physically travelling in time, he's being mentally projected into his former self and in 1973 he didn't have an adamantium skeleton yet.

You can see from the image below (immediately after he gets out of bed) that his claws are just bone. His weight would therefore be around 175lbs not the 300lbs he weighs in the earlier films.

This was confirmed in an interview with the film's writer, Simon Kinsberg:

Probably the bigger reason is that when we started thinking about the logistical realities of Kitty’s consciousness being sent back in time, to her younger self, as opposed to her physical body being sent back… it was impossible.

Obviously in the book it’s Kitty that’s sent back, but because we cast Ellen Page in X-Men: The Last Stand, you’re talking about an actress who, in the age of Michael Fassbender and James McAvoy, would have been negative 20 years old. So we started thinking again. The first reflex response to that was a character who doesn’t age. Wolverine is the only character who would looks the same in 1973 as he does in the future.” 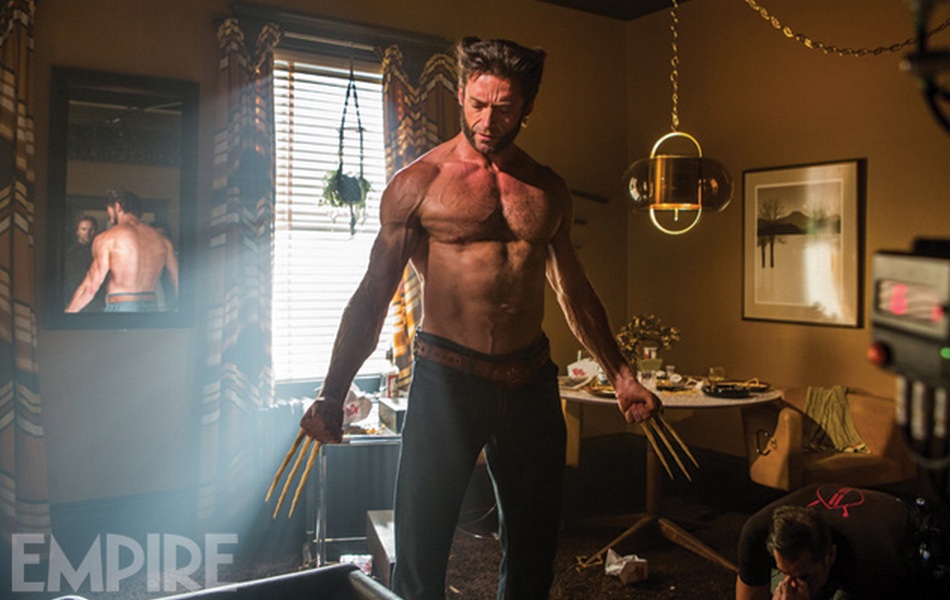 As an aside, as has been pointed out in the comments above, most waterbed mattresses are rated to carry at least 400 pounds with no difficulty. Even if he did still have an adamantium skelton, his weight (300lbs) plus her weight (122lbs according to her bio) would present little or no chance of the mattress bursting.

Simple answer: He doesn't have his Adamantium skeleton yet.

This is seen in the next scene where he draws his claws to fight those mobsters and finds to his own dismay that he has plain bone claws, and not the Adamantium ones.

Furthermore, William Stryker is a youngster here. He isn't the same General Stryker who gave Wolverine his "gift".

So he couldn't have had his Adamantium. And without the Adamantium he weighs around 195lbs.

So it's safe to assume a waterbed can handle the weight of an adamantium-less Wolverine alongwith his date.

Not the answer you're looking for? Browse other questions tagged x-men x-men-cinematic-universe wolverine x-men-days-of-future-past marvel or ask your own question.

27
What timeline is the post-credit scene at the end of The Wolverine in?
12
How did Magneto get out of prison in the original timeline?
9
Why didn't Wolverine take Quicksilver with him to Paris?
1
How could Wolverine say he remembers everything?
0
Why didn't Xavier go back in time?
25
What was Wolverine doing during X-Men:First Class?
11
How long is Kitty Pryde using her powers in the future?
26
How can Charles Xavier be alive in the movie Logan?