How many AT-AT walkers attacked Hoth?

I believe in the movie itself we are only able to see perhaps five onscreen at the same time, and I'm also pretty sure there is a point after two have been destroyed during the battle where we still see at least three together on screen. So is five the best official number available?

star-wars the-empire-strikes-back battle-of-hoth
share | improve this question | |
edited May 23 at 6:18

It depends which source you look at, but somewhere between five and twelve.

According to the official novelisation (by Donald Glut), there were at least 12.

Through the blizzard, the small dots seemed to be advancing at a slow yet steady pace, churning up clouds of snow as they moved toward the Rebel base.

The officer raised his electrobinoculars and focused on the approaching objects. There must have been a dozen of them resolutely advancing through the snow, looking like creatures out of some uncharted past. But they were machines, each of them stalking like enormous ungulates on four jointed legs.

The single largest number seen on screen in ESB is the group of five making the direct assault on the base. As far as I can tell, two more walkers (one carrying the AT-AT commander) approach the shield generator from a different angle.

The Star Wars Databank, considered a canon source of information about the Star Wars universe, contains this still image of the Battle of Hoth with six walkers visible. 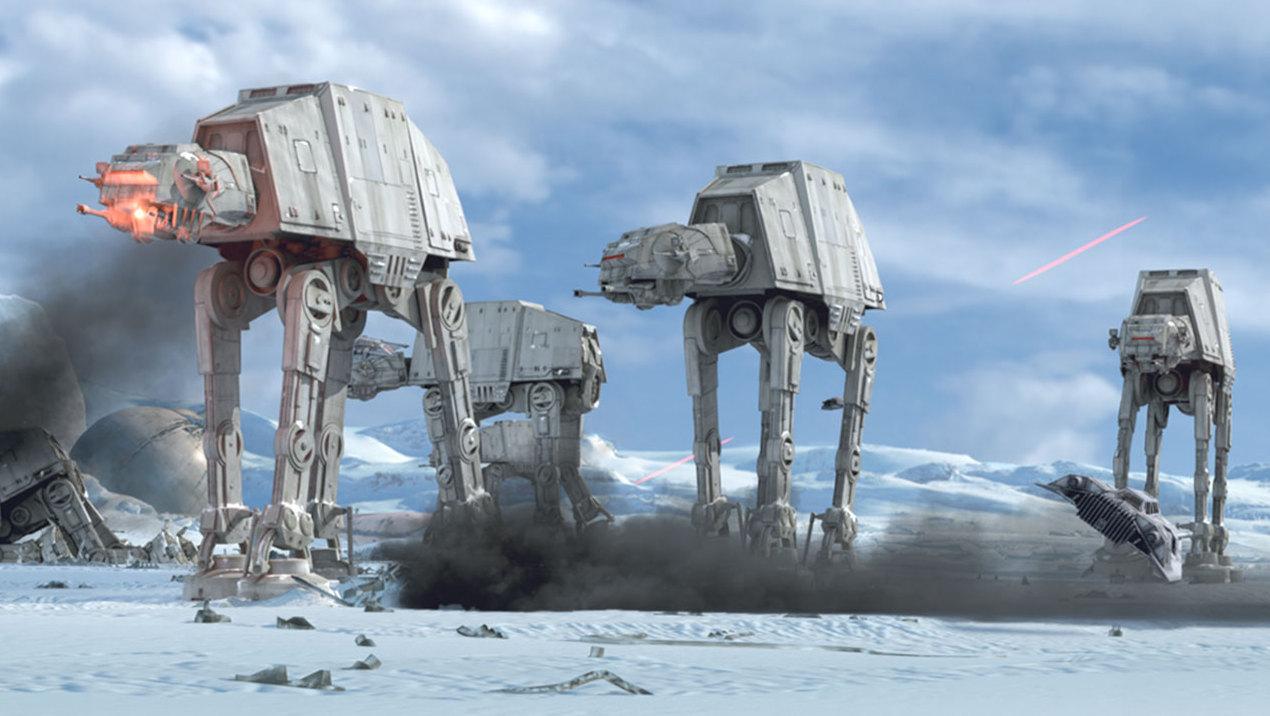 This Galaxy of Adventures short film shows seven walkers in loose formation. Six are immediately visible and one is hidden behind the second from the left and is seen shortly afterward.

From The picture, it looks like there are six. I think that there are three though. In the fifth episode, when the general is looking through his macronoculars, he sees three walkers. I don't know where the other walkers came from though, but originally, there are three.

25
Why didn't the stormtroopers radio for reinforcements at the Battle of Endor?
108
When and how does Vader learn that Luke is his son?
8
How are Star Wars blasters properly reloaded/charged/etc.?
11
Early 90s sci-fi movie very similar to Star Wars with lightsabers and laser guns
10
How many X-Wings were sent out and lost in the final battle in “The Force Awakens?”
59
Why did Captain Needa apologize to Darth Vader?
8
How much official communication was there between the Senate and the Jedi Council?
14
How did Rey get her blaster back?