Who did Qui-gon train before Obi-wan?

Who did Qui-gon Jinn train before Obi-wan? How did he become a Master?

According to the Comic Series "Star Wars : Jedi - The Dark Side I", Qui-Gon's first apprentice was a human male called Feemor. 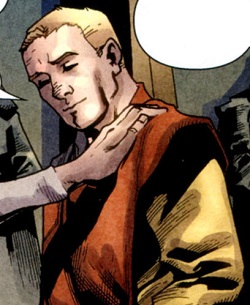 When Feemor became a Jedi Knight, Qui-gon was immediately elevated to the rank of Master.

The old (and now defunct) article on Qui-Gon from the Star Wars Databank explains an apparent discrepancy in some of the earlier EU novels:

Though Qui-Gon defeated Xanatos, he could not bear to kill his own Padawan. The defeated student fled and Qui-Gon obsessed over his failure for years, dismissing his earlier successes as a teacher and often referring to Xanatos as his "first" apprentice.