SF Novel which is almost a John Carter of Mars Clone, man taught to swordfight gets taken to Mars on a teleportation experiment

Just to be clear, this novel is not in any way related to Edgar Rice Burroughs or Barsoom. It was clearly a knock-off meant to cash in on the popularity of ERB's books.

I remember the following about the novel:

The novels production value seemed like a pulp-reprint, even though I read it in the 1980s. Probably reprinted in the 1970s, or so I thought at the time.

It could be Warriors of Mars by "Edward Powys Bradbury", later republished as City of the Beast by Michael Moorcock.

It begins a trilogy featuring Michael Kane, an incarnation of Moorcock's Eternal Champion.
The trilogy is: 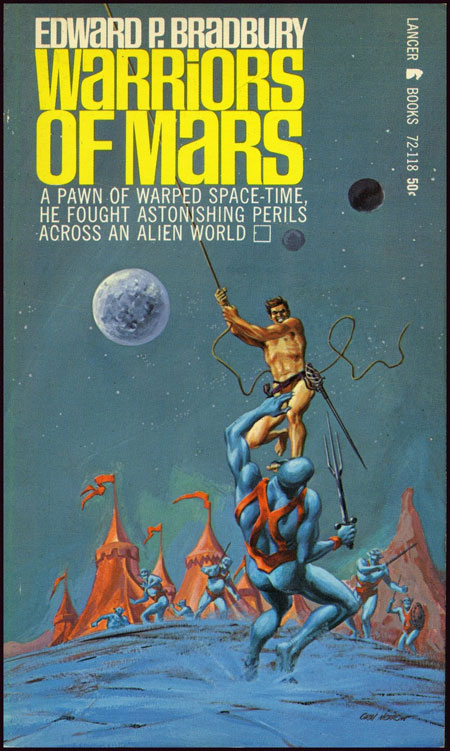 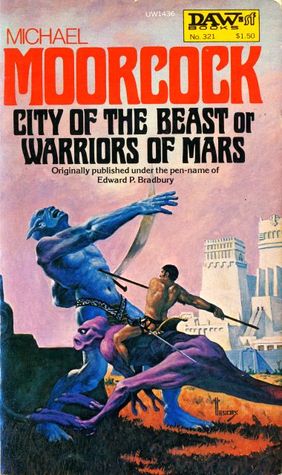 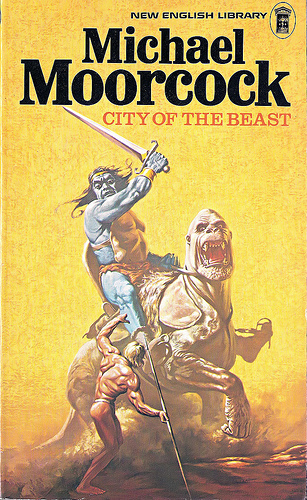 I think this is the Michael Kane series by Michael Moorcock (as Edward P Bradbury).

I had an omnibus of this trilogy with the stories all named under the alternate titles listed above but I'm buggered if I can find the book. Goodreads shows the cover of the copy I had.

Not the answer you're looking for? Browse other questions tagged story-identification novel pulp or ask your own question.

11
What is the novel with a John Carter like hero from the pulp era?
8
An Ace novel whose lead character takes alias of John Carter
5
Identify a fantasy novel about a boy who gets taken to another world to be a soothsayer
13
Novel about a boy who gets taken to an island by a robot, the boy can control machines
8
70s(?) science fiction novel: teenage boy builds his own spacecraft which pulls/pushes gravity, is stranded on Mars when a vacuum tube burns out
6
Looking for a name of science fiction book similar to John Carter of Mars
9
Novel with teleportation and possibly called “Burning Man”
19
Novel in which a man transforms into an alien - published as a serial