I'm looking for the title of 1980s sci-fi book club trilogy about a multi-generational family. The covers had faces on them and the matriarch had a white streak in her hair. Rich family, space-faring and it had family trees in it. I got it from the Science Fiction Book Club some time in the 80s.

It's possible that you're referring to Dame McCaffrey's The Rowan series. Damia, her daughter, has a white streak in her hair. They're definitely rich. Space-faring is a bit trickier of a link in that they generally remain planet-bound, but they do interface with space. They were released in the early 90s, but it's close to your timeframe. 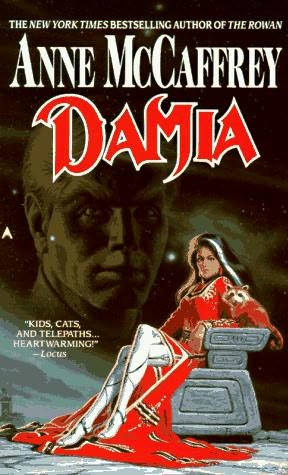 Perhaps the Children of the Stars series by Juanita Coulson. Book 1, Tomorrow's Heritage, was released by the SFBC in 1981 and the cover matches your description: 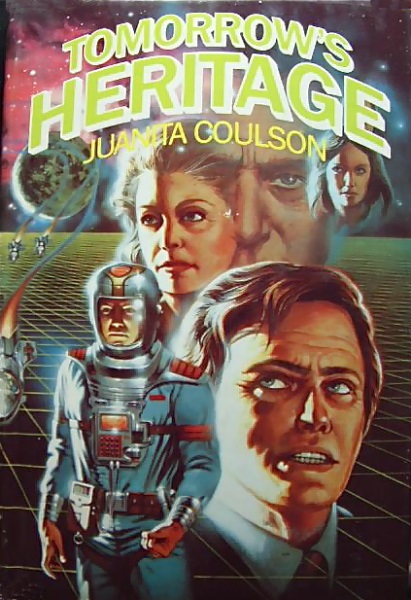 The series was however 4 books, not a trilogy. A description for book 1 is as follows:

"A futuristic, post-cataclysmic, sci-fi soap opera. On an Earth whose population has been decimated and whose landscape has been forcibly altered by natural causes and the effects of humankind's weapons, political and national boundaries have been altered. The Saunder family has gained wealth and power due to the actions of the manipulative matriarch, and the three offspring are in positions of great power and responsibility. But the family has cracks that ultimately will risk tearing the family apart. And into this volatile mix comes news that an alien spacecraft is approaching Earth."

The series does progress later to space-faring. With the Saunders family spending vast amounts of their fortune to aid in the development of faster-than-light technology.

Her clothes were the ultimate in fashion. Her hands were soft and beautiful. Her lustrous hair, stylishly middle-length, displayed that attractive white streak that was Jael’s trademark. She covered her excess weight with loose, long-sleeved tunics over pants or half saris. The outfits flattered her busty figure. She was really doing fine, and she knew it. She just wanted to hear her devoted family tell her so.

The series begins with Intervention: A Root Tale to the Galactic Milieu and a Vinculum between it and The Saga of Pliocene Exile (1987). This was released in one volume in the UK, but in mass market paperback in the USA as two volumes: Surveillance and Metaconcert. May calls Intervention a vinculum, or link-tale, between the Saga of Pliocene Exile and the Milieu trilogy proper. However, it is a near-essential introduction to the Milieu trilogy as well as a balanced stand-alone work.

The Galactic Milieu Series by Julian May describes the struggle of the most powerful of the human metapsychics and their interaction with a galactic confederation of exotic beings.

The entire story takes place over roughly a 150 year period, starting with the birth of the narrator in 1945. History starts to diverge wildly and obviously from ours in the mid 80s as psychic research becomes mainstream due to the actual existence of people with operant mind powers.

If you look at the "Look Inside" sample of Magnificat at Amazon.com, you can see the family tree(s) in the beginning. This is the Remillard Family, or Dynasty.

There's a really good description/summary of each of the books in the series on the Galactic Milieu wiki page.