A comic about a heavenly avenger in leather and with claws, might be called Macabre

Some time ago I read a comic set in modern days or nihilistic future a la cyberpunk. It could be kind of British like 2000AD or Toxic, where a heavenly avenger was depicted. He had an "ancient leather" suit, and I think used claw-like weapons. I suspect he was called Macabre.

Konrads was right on both counts; the comic was Toxic and the character was called Makabre. 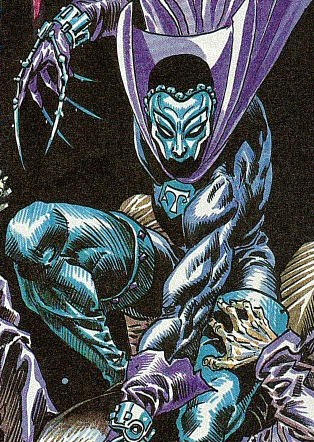 There is very little about it on the web though, I had to look at my old issues to work out who you meant.

The character indeed was called Makabre. He was an avenging type, called during the series, The Rod of God (spare the rod, spoil the child kind of thinking). He was one of several stories that appeared in the UK magazine Toxic during the early 1990s. I was fortunate enough to find a scan of him on the cover and inside one of the issues. 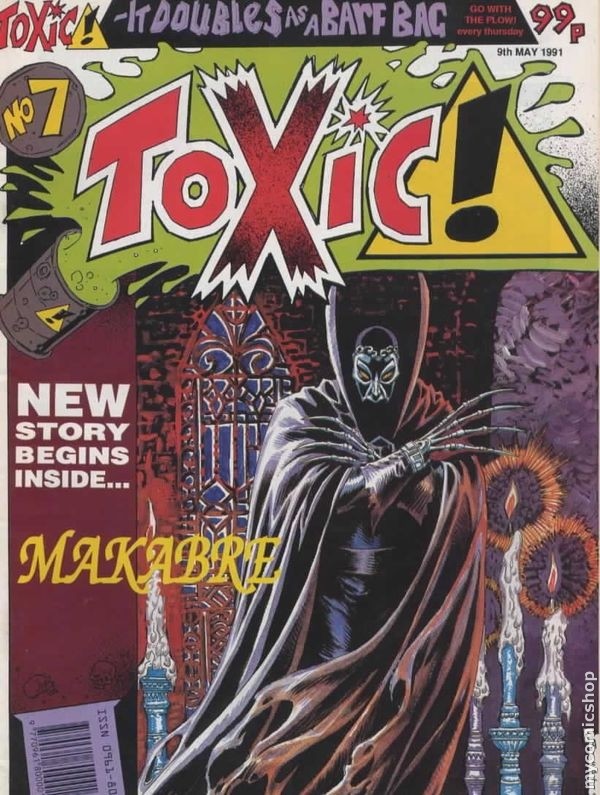 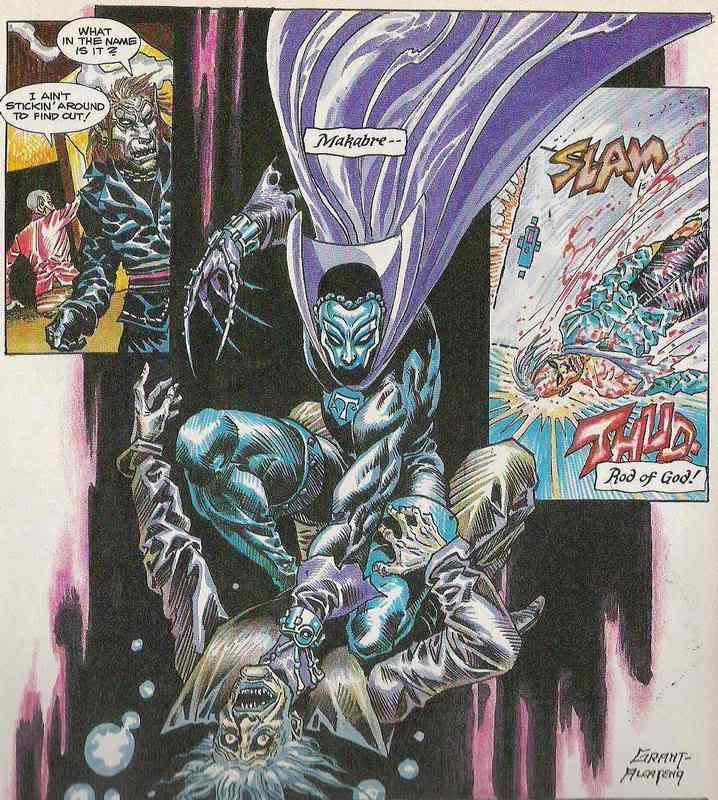 5
Short story by Greg Egan (I think) about Marco Polo travelling outward from earth as a wavefront
11
Comic book with a boy and animals
4
Comic book about a space adventurer, with retro guns and suit
11
"Lost race" in New Jersey from 1960s
9
Webcomic about a robot girl able to use magic who moves to the city to go to school
9
Graphic novel from 2014 or later with a time traveling device