Why doesn't sunlight kill vampires in “Being Human”?

In Being Human the vampire Mitchell can go outside in sunlight, though he needs to wear sunglasses.

Does that mean that the myth about vampires combusting in sunlight is not necessarily a solid fact in that universe?

In Being Human, it seems that the reason to discard the "vampires can't go out in the daytime" myth was largely an out-of-universe one. Simply put, filming at night is considerably more expensive than filming during the day due to the need for lighting and more expensive cameras.

I love True Blood! They have a much more traditional approach to vampires - can't be seen in daylight etc. Our decision to make Mitchell 'immune' to sunlight was because otherwise a third of our lead cast wouldn't be able to do any daytime exteriors. That would have a huge effect on the production and storylining, which the makers of True Blood don't have to worry about. Partly because their budget is probably 4 times ours, but also because theirs is much more of an ensemble show, dealing with the entire community.

The Vamping it up Special, filmed for the start of Season 3 on BBC3 offered a selection of "rules" to help new viewers and mentions an in-universe reason why John goes out in the sun, in short he's happier in the dark but keen to be more human and that means going outside during the day. 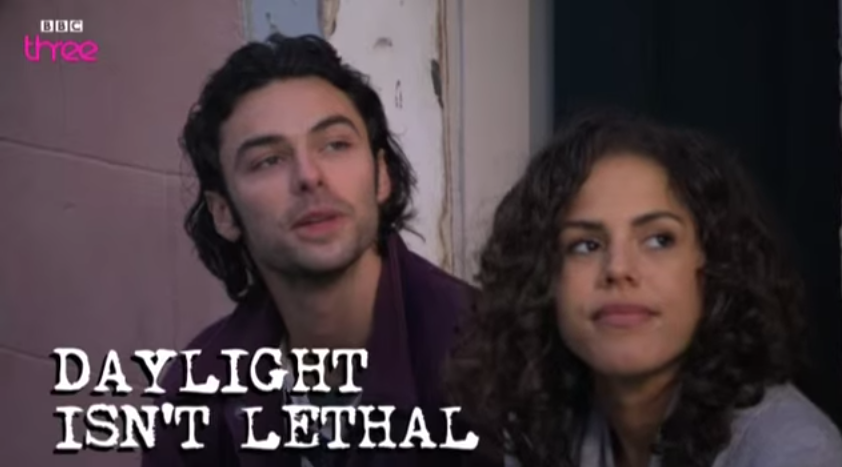 Not the answer you're looking for? Browse other questions tagged being-human or ask your own question.

16
How different are the US and UK versions of Being Human?
7
Were Cara's victims in “Long Live the King” targets of opportunity, or were they picked on purpose (and by whom)?