How did Starfleet replace 39 ships in a year?

39 starships were destroyed at the Battle of Wolf 359 (Star Trek: The Next Generation, "The Best of Both Worlds, Part 2"). Close to the end of the episode, Commander Shelby moved on from the Enterprise to help rebuild Starfleet. She indicated this would take "less than a year".

Replacing 39 starships and 11,000 people in less than a year seems to be an impossible task, even in the future depicted in Star Trek. Was this estimate just an attempt by Commander Shelby to brag and exaggerate (based on her penchant for greater power within Starfleet)?

In the end, do we have any information indicating how long it did, in fact, take to replace 39 starships?

There's no canon confirmation how long it took Shelby to replace the Earth Defence Task Force. We do know that the Federation had tens of thousands of ships at their disposal and potentially hundreds of thousands of officers so rebuilding the Defensive Force would be less about replacing the ships and crew and more about welding the ships into a cohesive fleet, able to respond to incursions into Earth space with very limited amounts of warning.

As you can see from the end of Voyager : Endgame, the fleet is back to a strength of at least 27 ships (with more coming) just 9 years later. They appear extremely well drilled. Note how they spread out to form a wall of ships and begin their attack almost simultaneously, using a mixture of both phasers and quantum torpedoes to maximise the damage inflicted. 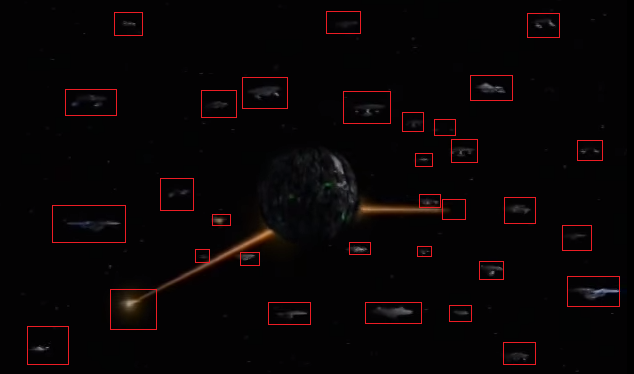 Quite easily. The Federation has numerous shipyards scattered across its territories. We have seen the most famous and only depicted shipyard, Utopia Planitia Fleet Yards, above the surface of Mars.

Here is the most important point:

If the Federation at the time of Jean-Luc Picard was indeed spread across 8000 light years with 150 highly industrialized members,

Lily: "How many planets are in the Federation?" Picard: "Over one hundred and fifty. Spread across eight thousand light years."

As far as staffing those ships - See my StackExchange answer at: If every single starfleet officer has to attend Starfleet Academy, wouldn't they run out of space?

Ceasing vessel retirement
Current era (CE) navies include the regular retirement of vessels. This is done because vessels require period overhauls to maintain modern fighting capabilities. Eventually these overhauls become so expensive as to become cost prohibitive. When classes are laid down for construction and eventual deployment, their navies already have planned the service life and retirement of the class and individual vessels. (e.g. the US carrier USS Enterprise was recently retired and decommissioned).

USS Enterprise on blocks to be defueled 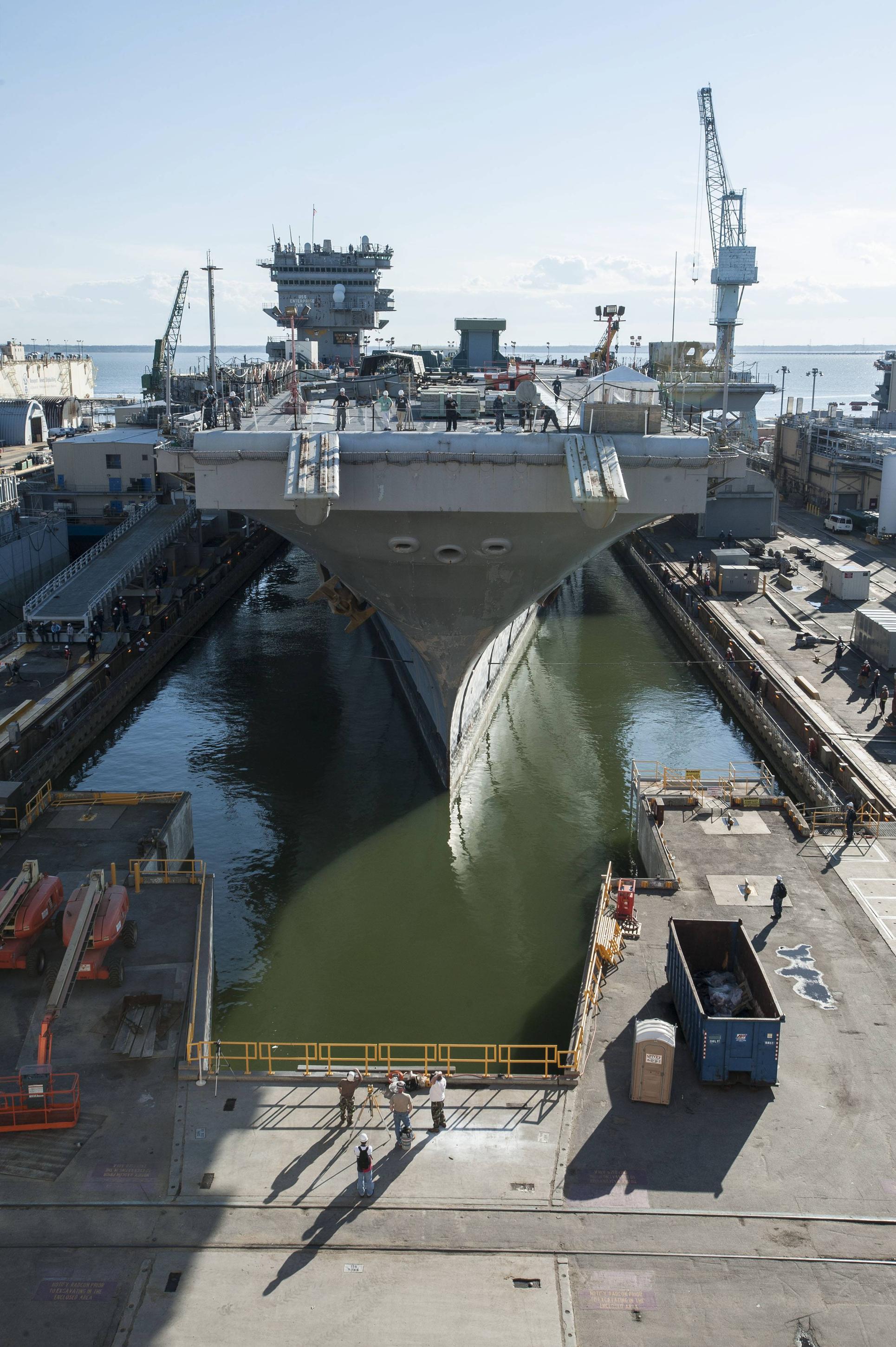 Prior to retirement, these vessels are combat capable vessels (albeit sometimes with lower capabilities than their newer replacements). So when the navy suffers combat losses, it can artificially boost the numbers of ships available to it by stopping these peacetime retirements. The US Navy plans to retire one of its 12 operational carriers every 5 years for the next 50 years (each carrier is anticipated to have a service life of 50 years).

If the UFP and Starfleet replace their vessels at a similar rate over 36,000 vessels (I have no clue how many ships Starfleet maintains in its active fleet), then it would be retiring approximately 600 vessels per year.

As you can see, this alone would allow Starfleet to replace the losses of Wolf 359 in relatively short order.

Reactivating the reserve fleet
The US Navy (and other US forces) maintain a reserve fleet. These are vessels "inactivated" but not decommissioned. Ships in the reserve fleet often possess active (but minimal) crews so that the ships can be made ready for use in some minimum amount of time. At its maximum, the US reserve fleet was approximately the same size as its active fleet. In the case of the US, the reserve fleet consists mostly of cargo hauling capability. 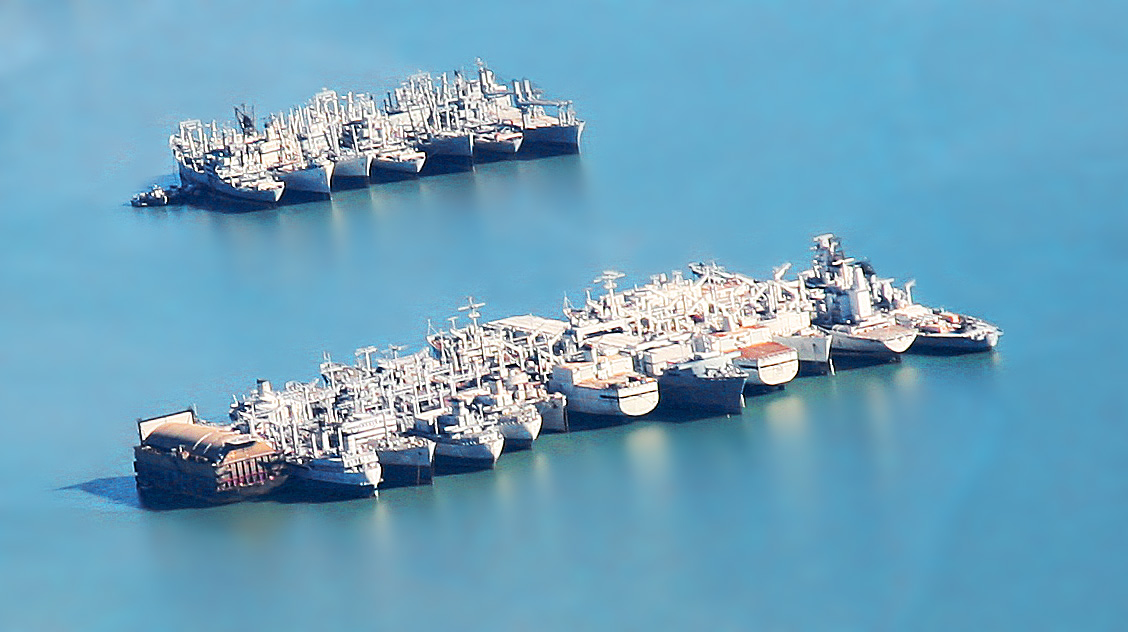 Reactivating the decommissioned fleet
In addition to the reserve fleet, the US also keeps around many decommissioned ships (e.g. USS Ticonderoga which is an Aegis class missile cruiser). The US Navy intends to break these ships up and sell the scrap but simply hasn't done so yet. There are many ships with this status. In an emergency these ships could be reactivated too but would require a complete refit (most or all of the electronics, engines, etc. have all been removed from the ship). 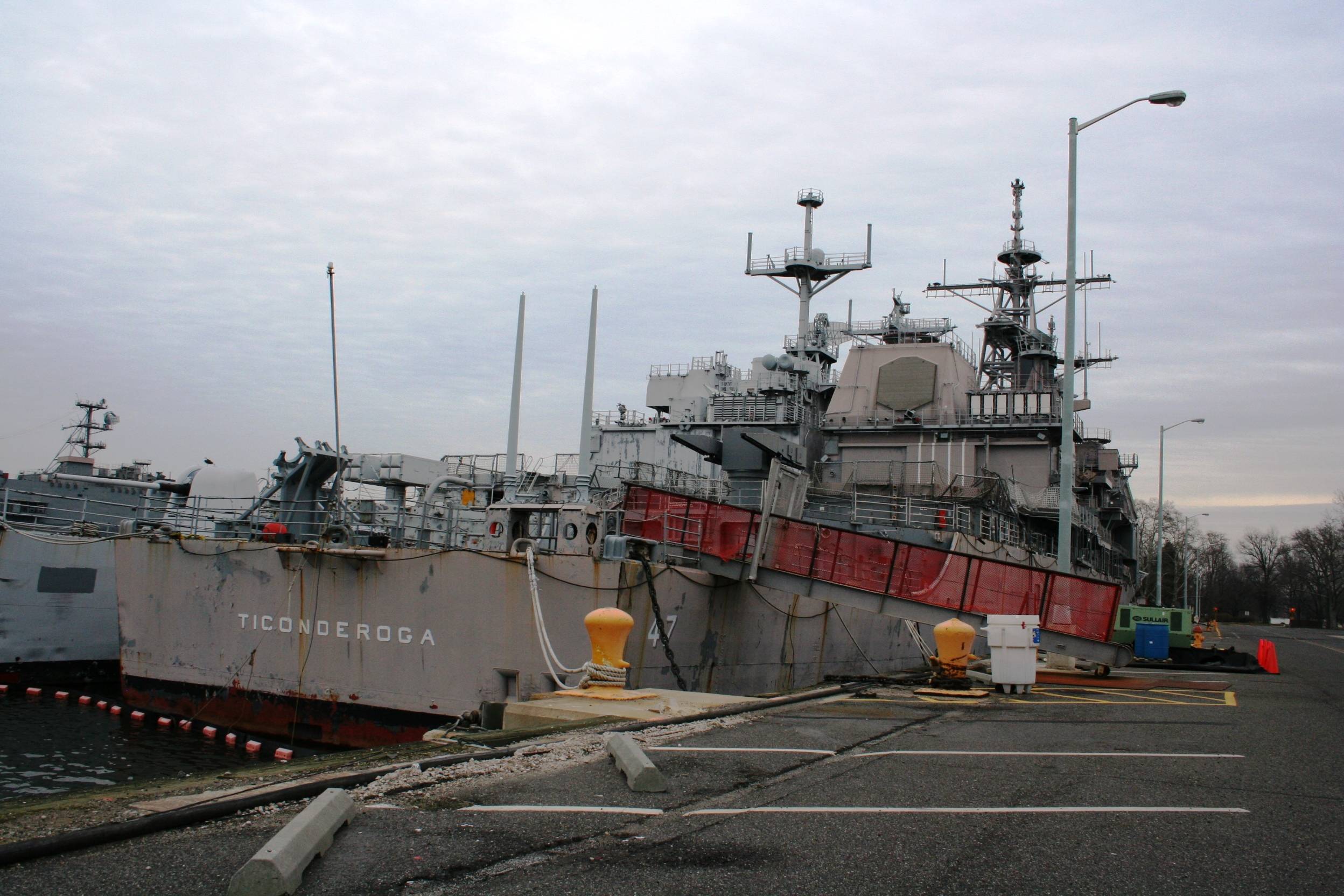 Some of the planes stored at Davis Monthan AFB 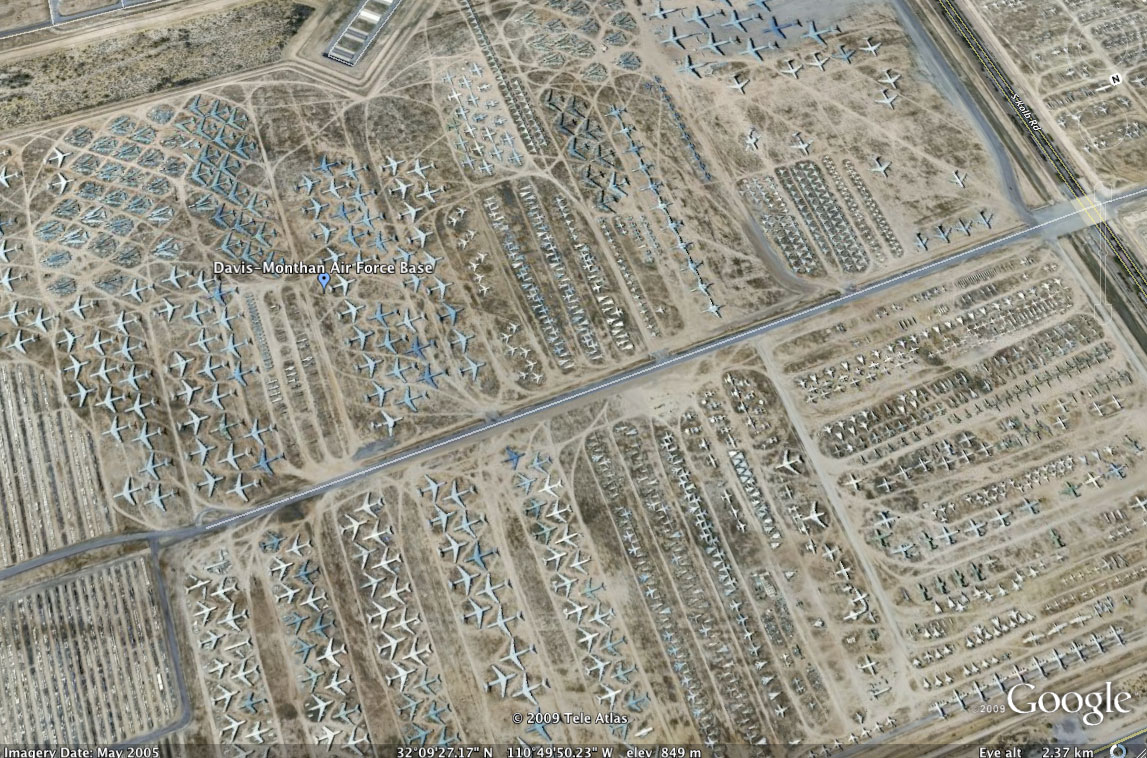 It's hard to get a good idea of what's there without this closer picture: 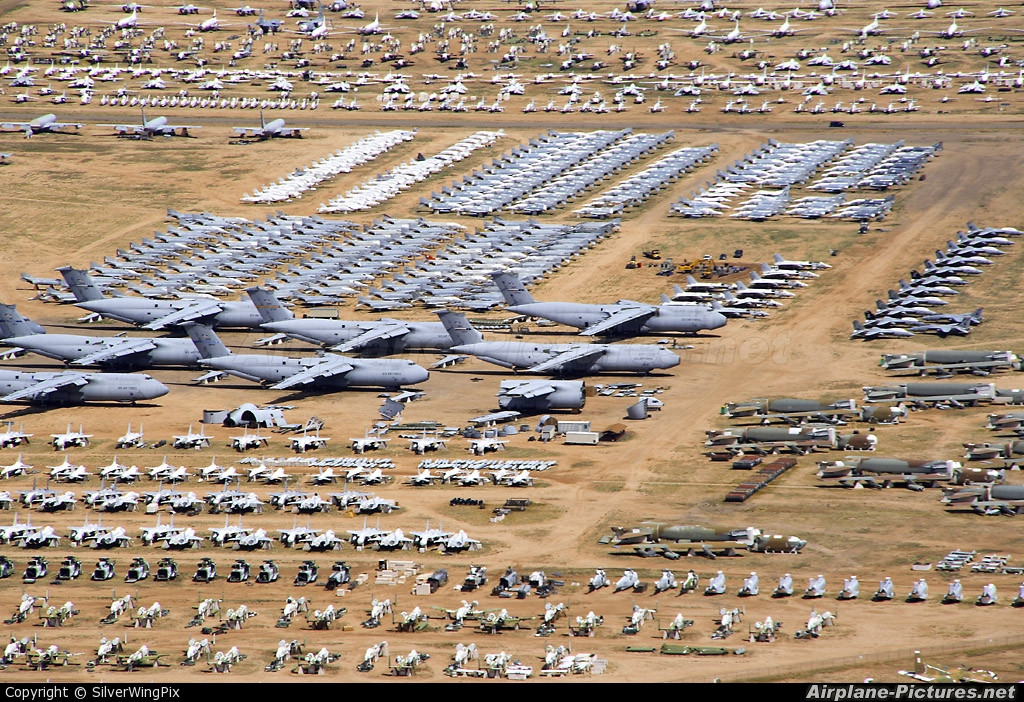 It looks like the Federation also had multiple surplus depots (see image below). Vessels reactivated from such a depot would definitely NOT be used as front line or main combatant vessels. Rather these would be used for support roles (escorts, patrol, moving dignitaries, etc.) freeing up more combat capable vessels for use at the front lines.

This is similar to what the US did during WW II in which it reactivated 50+ WW I era destroyers. It used these for convoy escorts which freed up the new build WW II era destroyers for use as combat vessel escorts. 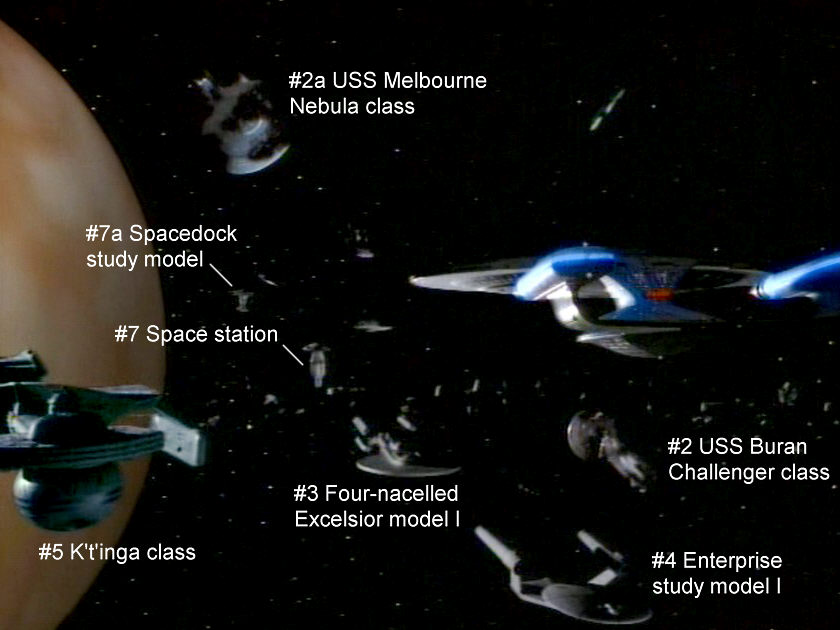 Crewing these Ships
Finally Starfleet likely has a reserve component and a clause in its service documents that permits it to reactivate retired officers.

37
Roughly how many starships are in Starfleet?
22
If every single starfleet officer has to attend Starfleet Academy, wouldn't they run out of space?

32
Were there REALLY over 73,000 Federation starships commissioned?
37
Roughly how many starships are in Starfleet?
8
Which order should I read the Humble Bundle IDW Star Trek comics in?
3
Could the Quadros 1 probe have been launched in 2193?
41
In the Battle of Wolf 359, one ship survives. Which one was it and why did it survive?
11
What happened to Commander Shelby after TNG episode Best of Both Worlds part II?
10
Why Didn't the Borg Attack the Federation Earlier?
3
Did Starfleet intend for Jellico to permanently replace Picard?
9
Was Geordi and Data's "invasive program" to annihilate the Borg ever attempted again?
10
Are clinical trials done in the Star Trek universe?