Does Gimli own Gloin's helmet in the book?

Recently I watched the third Hobbit movie, The Battle of the Five Armies, and Gloin (Gimli's dad) is wearing the same helmet Gimli wears during the three The Lord of the Rings movies.

Is that canon? Is armor something passed down from father to son? Does Tolkien touch on this and the relationship between Gimli and Gloin?

This is a movie fabrication with no basis in canon.

In fact it actually contradicts canon, because Gimli obtained his helmet in Rohan (before the battle of Helm's Deep) so it's therefore of Mannish and not Dwarvish make. We learn this in the Two Towers chapter The King of the Golden Hall:

Gimli needed no coat of rings, even if one had been found to match his stature, for there was no hauberk in the hoards of Edoras of better make than his short corslet forged beneath the Mountain in the North. But he chose a cap of iron and leather that fitted well upon his round head...

It's therefore impossible for Glóin to have been wearing the same helmet.

About your question if armor in the books is something that is passed down to younger generarions: as far as I can remember, there is no mention about Gimli inheriting his father weapons and armor1, but considering that for what we know of their culture they had a very strong sense of family, it is not implausible that they could have had items that were considered "sacred heirlooms", given from father to son.

In the movies, Gloin was intentionally depicted in a way that resembled Gimli, in more than a point of view: apart the physical resemblance (similar beards and hairstyle with the same color) they shared the same helm, the same axe, and more or less the same armor style with the same reddish/brown hue. 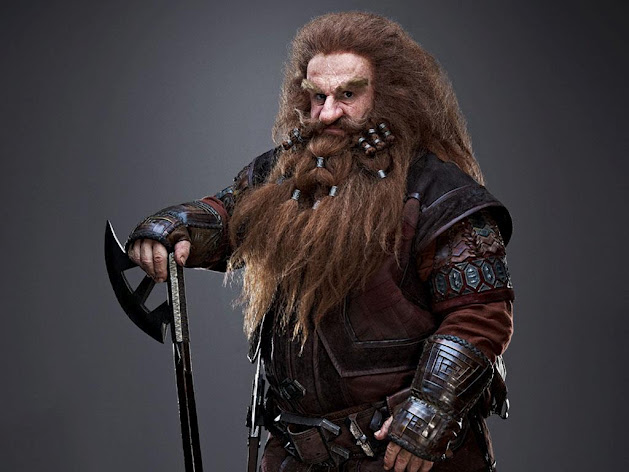 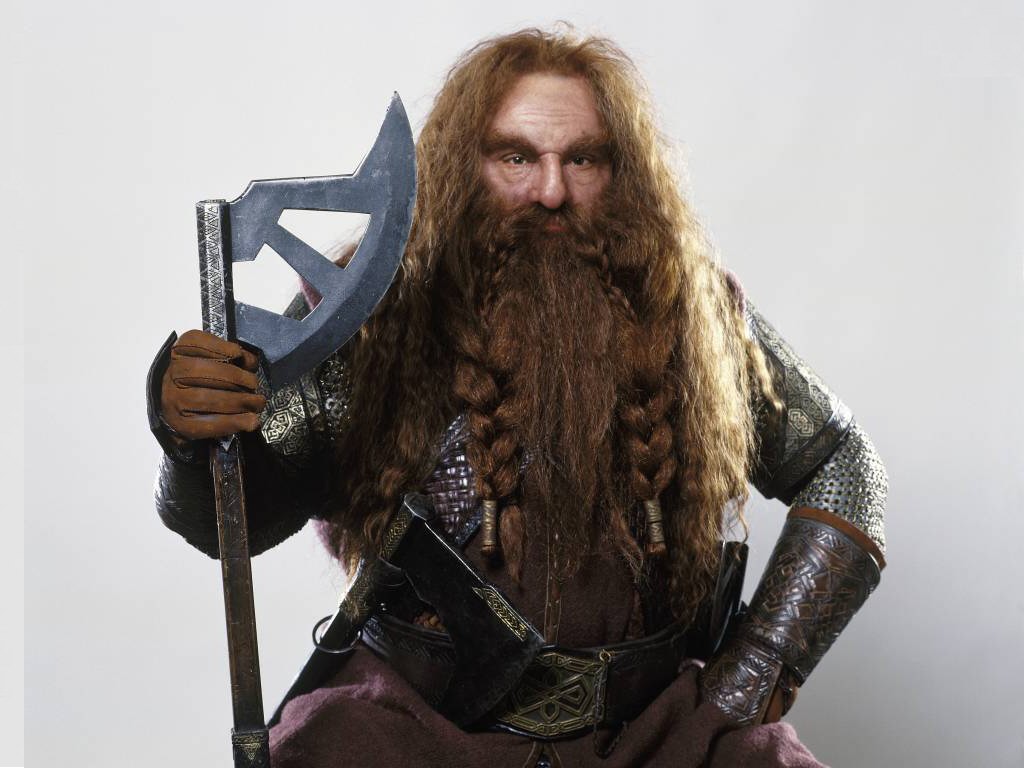 This was done to add to the sense of continuity of the two movie series and to make more evident that these two characters are strongly related.

I remember, from the DVD extras of the Hobbit movies, that the producers wanted to give every dwarf "family" some common traits2, some subtle similar features (weapons, clothes, hairstyles and beards) that tied even from a visual point of view those characters that were relatives and had stronger family bonds. If you look at the thirteen dwarves together

you can see that, in example, Thorin, Fili and Kili have a loose visual resemblance, just like Balin and Dwalin or Oin and Gloin.

Gloin himself, then, when seen together all other Dwarves, is immediately recognizable as the most similar to Gimli, his physical appearance is very distinctive and suggest his family ties. Add to this that using the same exact helm and axe was also a little easter egg.

1. Or just wearing some in the same style. Dwarves were known to be strong and vigorous even in their old age, and Gloin was not that old for dwarf standards during the War of the Ring: it is possible that he still needed his battle gear for himself.
2. While preserving also each character individuality and unique features.

62
Was Gimli the last of his race?
59
What are the revisions in the (Revised Edition) of The Hobbit?
18
How did Gandalf and Mordor come to know about Gollum?
9
Gandalf's different attitude towards magic rings in The Battle of Five Armies and The Fellowship of the Ring
9
Should I watch the Hobbit trilogy before the LotR trilogy?
6
Is there any plate armor in Tolkien's world?
16
Will there be another book/movie about The Hobbit / LOTR?
5
Looking for the history of Durin's rule in significant depth