How much does the Enterprise increase/vary in size between models?

In the show Enterprise, it's mentioned the ship has a complement of about 80 and you also see some of the MACOs sharing quarters in season 3 (although they are not part of the normal crew so it's not clear if this is the norm).

In TNG I think I recall that the ship has about 400 crew (and TOS somewhere in between) and family on board. Yet the ships look pretty similar so I wondered do the ships really get much larger or is it just one of those details which don't tie up across the Star Trek universe - like how the Enterprise ship looks far more like the TNG one than the TOS one even though it's more primitive. 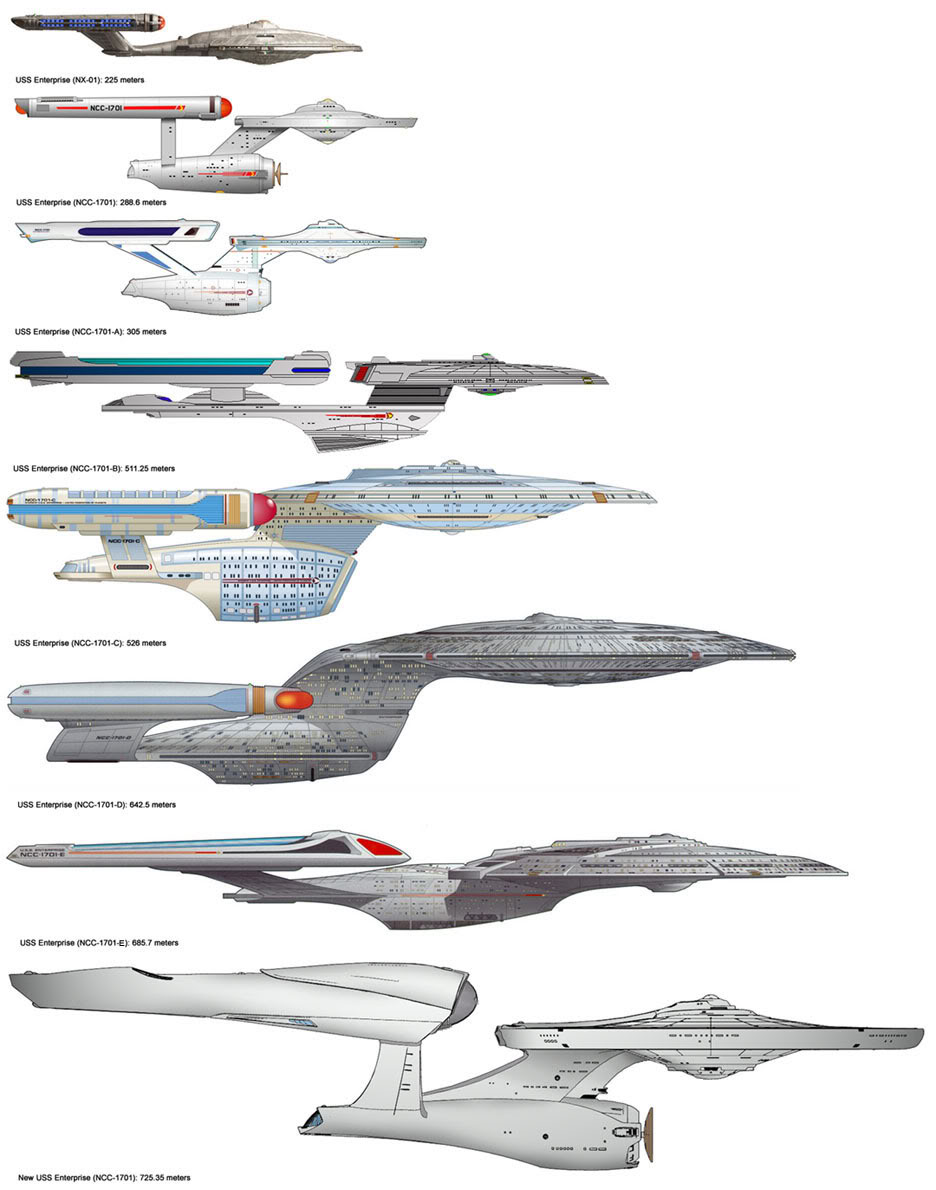 The first is the NX-class Enterprise from the Enterprise series; its crew complement appears to be 83.

The second is the original Constitution-class Enterprise from TOS; its crew complement is 205 in the 2250s, then 450 in the 2260s.

The third is the Constitution-class refit Enterprise from TOS movies as well as the identical rebuilt Enterprise after the original was destroyed. It looks like this version from the movies carried closer to the 450 complement.

The fourth is an Excelsior-class refit used in Generations.

The fifth is an Ambassador-class starship which appeared in the TNG episode "Yesterdays Enterprise".

The sixth, the Enterprise-D, is a Galaxy-class starship from the TNG TV series and also featured (and destroyed) in the movie Generations. Crew approximately 1014, plus 200 visiting, 15,000 total emergency rooming.

The seventh, the Enterprise-E, is a Sovereign-class from the TNG movies from First Contact onwards; crew approximately 750-850, 4000 total emergency rooming.

The eighth as I said is the new, larger re-imagined Constitution-class Enterprise from the JJ Abrams alternate universe "Star Trek" and "Into Darkness" (the increased size is due to encountering Nero's huge ship I believe).

While the ships share a similar appearance, with a saucer and two warp nacelles, they scale up in size as they were developed. The new size is reflected in the number of crew each ship supported.

In the original series we only see quarters for bridge officers, other senior officers, and a few junior officers. All seemed to be some reconfigured versions of Captain Kirk's three-room(one assumes there was a private bathroom) suite. One never sees enlisted crew quarters, such as the stacked bunks as was seen in the movie ST:The Undiscovered Country. Of course, in some material I've read, it was asserted that Starfleey was an all officer service. An argument my Father, a retired USAF Chief Master Sergeant, never bought into. In ST:TNG we see a cabin door opened from a corridor showing a bed and little else. It was also acknowledge that there were enlisted, and NCO crew personal, "...I'm not an officer, I work for a living" as Chief O'Brine so assertively stated. Templerman aka William York.

For those that may not know, the first Enterprise concept was a wood model with a spherical main section. The nacelles were pointed downward. It may have been Gene -- I don't know -- that said, "flip it over." Then it became figure B. He said, "That's it." I don't how the transition from sphere to saucer occurred. 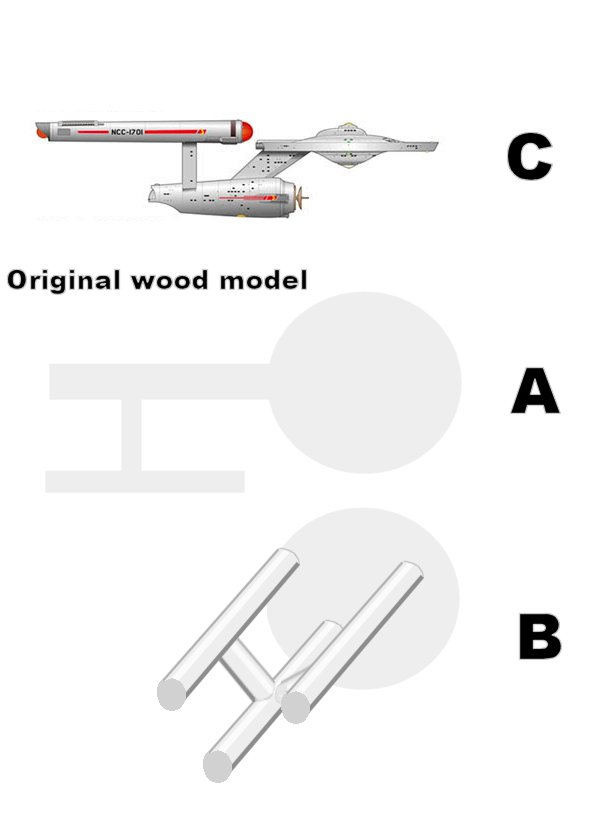 Not the answer you're looking for? Browse other questions tagged star-trek star-trek-tng star-trek-enterprise uss-enterprise or ask your own question.

16
In which ways did scanning Nero's ship enhance/change Starfleet technology?
9
Crew quarters on the Enterprise in Star Trek (2009) and Into Darkness
1
Is there any known reason why the torpedo launchers are different between Kelvin and Enterprise?