Why did Ozymandias open his vivarium?

In Chapter XII of Watchmen, Ozymandias opened, and thus destroyed, his vivarium.

I cannot see a meaningful reason for doing that. I believe he didn't destroy it per se and there must be a reason for that, but still I cannot figure out why. I have some thoughts and theories about that but none of them are convincing enough.

Is there any explanation why he would do that?

Ozymandias fancied himself a conqueror like Alexander the Great or like the kings of ancient Egypt and as in those traditions, he deemed himself in their image. The death of his staff and the destruction of his works was his way of emulating these traditions. 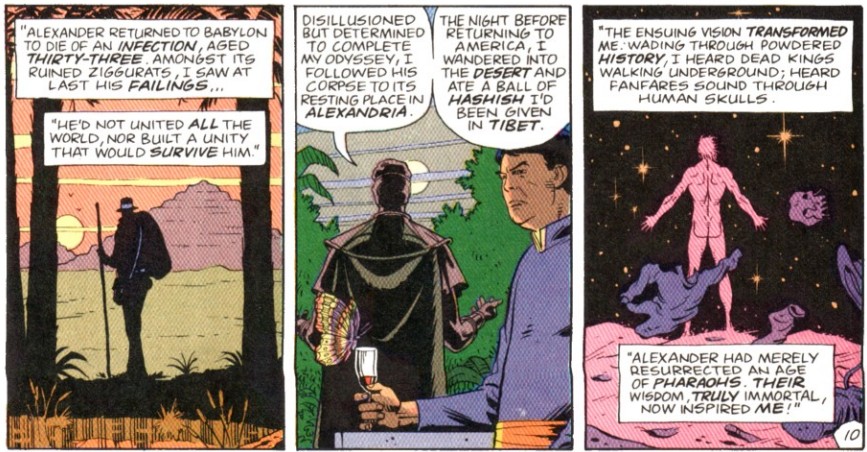 There's a practical reason for this: He just poisoned his remaining staff. Burying them alive in snow would make it look like a climate-control accident happened at his Antarctic facility; given news competition from elsewhere it would not appear to be any sort of cover-up. "In other news today, a number of employees died at the Veidt Research Station in Karnak when an air seal was accidentally left open..."

Adding my 2 cents. It's very much both, they know his secrets, so they have to be disposed of to protect the lie. The death must look like an accident as Ber noted, because of potential investigations.
I lean towards Hypnosifl's explanation that maybe the name Ozy was chosen by Moore and I like his rationale of Ozy being confused at the end and asking if it works out in the end. It's more of a nod to the reader... but I like the other way too. I definitely think him killing the staff was practical first and foremost, and he just used the parallels of Pharoahs taking their whole staff with them as an excuse for his crimes. Cuz he is a massive douche.

Thing that doesn't quite make sense to me is why neither Ozy nor Manhattan seemed to think Laurie or Dan should die. Like, I get that they are kinda friends, but Ozy killed ANYONE who might ruin his plan. He didnt hesitate to kill many ppl close to him, so honestly why risk it with Laurie and Dan?

Not the answer you're looking for? Browse other questions tagged dc comics character-motivation watchmen or ask your own question.

17
Is Batman ever shown explicitly using the Scientific Method?
19
Why did Jon Osterman never contact his father?
23
Why did Ozymandias think that the intrinsic field trick would work?
21
Why did Adrian Veidt choose such an obvious password?
10
Why did Door open a door to Richard?
8
Why didn't Ozymandias kill the Comedian with a gun, or a knife?
25
Why is Rorschach's mask symmetrical?
23
How is Ozymandias so strong?