Who is this character supposed to have been in the Avengers: Age of Ultron?

Who is this character? 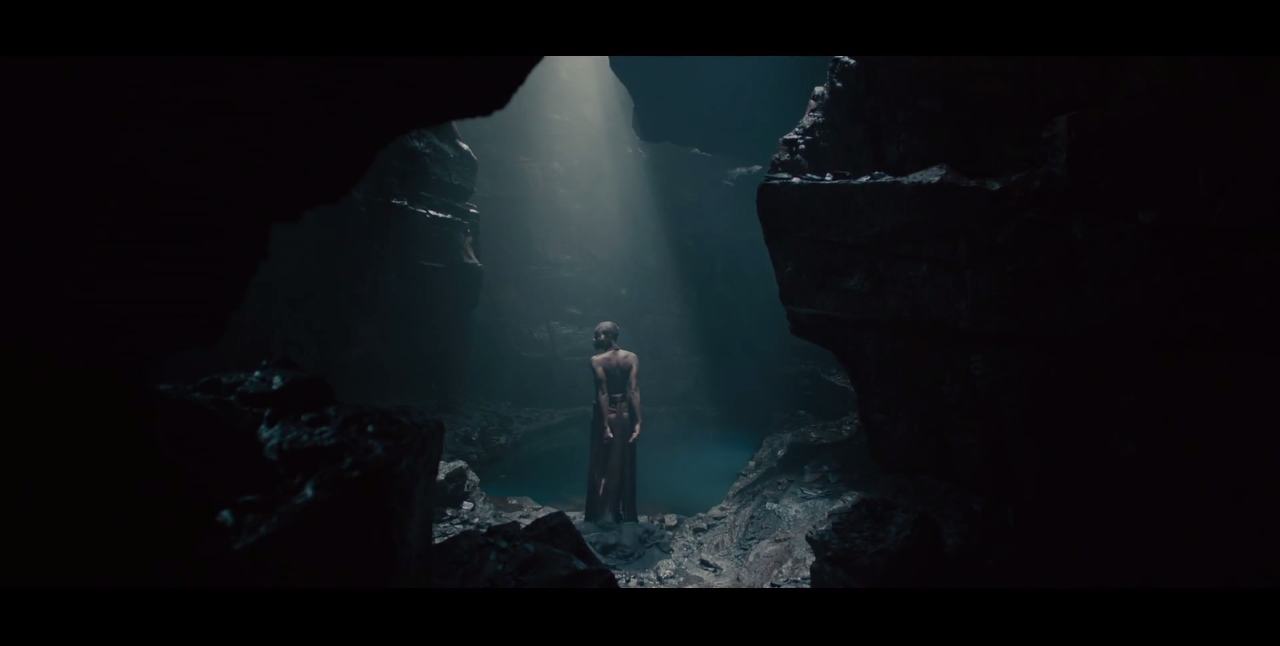 We'll never know, she's not in the movie. From Entertainment Weekly (warning, spoilers for Age of Ultron are on that page):

Remember when the second trailer came out and there was a mysterious woman disrobing beside a pool of water inside a cave? Everyone was trying to guess who she might be – Maybe Shuri, Black Panther’s sister, or a member of his personal bodyguard corps, the Dora Milaje? Maybe Jacosta, the “female” mechanism Ultron created in the comics as his bride? I spun a whole theory that this woman could be one of the Eternals, who provide a mystical alternative to the problem of how to defeat an indestructible consciousness like Ultron.

Forget all that. Here’s the answer: She’s no one. That is, she’s not in the movie.

Kevin Feige expands on that a little when talking to Cinema Blend:

That was just the imagery. That was just interesting imagery as part of a dream sequence… It was part of when Thor was looking around at the oddity and the strangeness happening and it was just an image marketing grabbed.

Now that the film is out in theaters, it's clear this fits into the Thor side-plot. Fortunately, Joss Whedon (writer/director on the film) has been doing interviews discussing some of the things that were filmed but cut from the final version of the film. On the Empire podcast, he said:

The original scene was that Thor went to speak to the Norn and how it would work was that he’d go in the pool and the Norn possess him, basically, and Erik Selvig asks all the questions, and the Norn, speaking through Thor, give the answers. So Chris [Hemsworth] got to do something different, and he really threw himself into it, and he did a beautiful job, but it wasn’t well regarded by the test audiences and I feel it’s probably largely because it was a rough cut with no effects, but also because it’s something that in a Thor movie would work brilliantly, but in this movie is just a little too left of centre.

Norns being similar to (and in Marvel Comics sometimes literally the same people as) the Fates in Greco-Roman myths; women who oversee destinies of people. It seems pretty likely this is who the mystery woman was, one of the Norns who then revealed the future through Thor.

The blu-ray release of Age of Ultron has a longer version of the scene. Thor discusses the pool with Erik, and then enters the pool. A Norn possesses Thor, and Erik interrogates Norn!Thor about how to beat Ultron and the future. Here the Norn explains 'the Infinite Six', a new term for the Infinity Stones, and touches on the Infinity War story that's around the corner. Interestingly, the woman from the trailer is not in this version of the scene...

This is mostly likely a Wakandan woman, who traditionally are guards of the Wakandan prince, who may or may not appear at some point in Avengers: Age of Ultron. A lot of people seem to think that Andy Serkis is playing the character Klaw, which further ties this film in with the introduction of Wakanda as a place.

Wakanda is the fictional country where Vibranium (the material Captain America's shield is made from) is found, and is the birth place of the superhero Black Panther, who is getting his own film in 2017, and as @ptfreak says in the comments, will appear in 2016's Captain America: Civil War.

Unfortunately, until the film actually comes out it is unlikely a more in depth or accurate answer will be available.

It was the physical embodiment of one of the norns.

Not the answer you're looking for? Browse other questions tagged marvel-cinematic-universe marvel character-identification avengers-age-of-ultron or ask your own question.