In Snowpiercer why did the soldiers with hatchets seem not to care too much if they survived / got killed?

When they first started fighting they had wool hats over their eyes. Were they able to see through them? Then they did some big New Years cheer in the middle of the battle. Is there any explanation about why a soldier would put himself at a disadvantage in battle?

And the minister acted like she was on drugs as did the teacher especially when they started battle. Is there any explanation about why everyone was off kilter except for Wilford and the freeloaders in the back.

They aren't wearing wool hats, they're wearing balaclavas. This is not unusual in police states to make police or soldiers, the repressive force, unrecognisable. Even special forces and riot police in non-police states wear them. It is also a form of intimidation as you can't see the facial expression of your adversary. Normally the large (single) hole in the mask is for the eyes, but here most of the police use it as a mouth hole. Obviously they still can see through the masks that way.

The beginning of that battle is in daylight with internal train lights on. Fighting with a hatchet isn't impaired much, if at all, by a balaclava. All you need to do is attack people who are not wearing balaclavas. After passing the New Year's point they enter a tunnel and before that the soldiers don night vision goggles and the carriage's lights are turned off. The soldiers have the advantage (weapons, clothing, training) in both situations.

The fact that they were carrying night vision goggles at all also shows better knowledge of the situation. A clear tactical advantage. That the soldiers were willing to fight in full lighting, with less of an advantage, must be as Liesmith says down to their religion-like indoctrination. 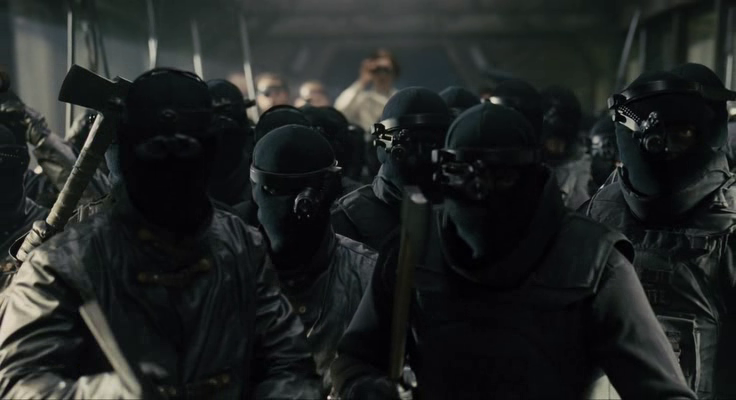 Dayight from outside, internal lights on. Night vision goggles donned. 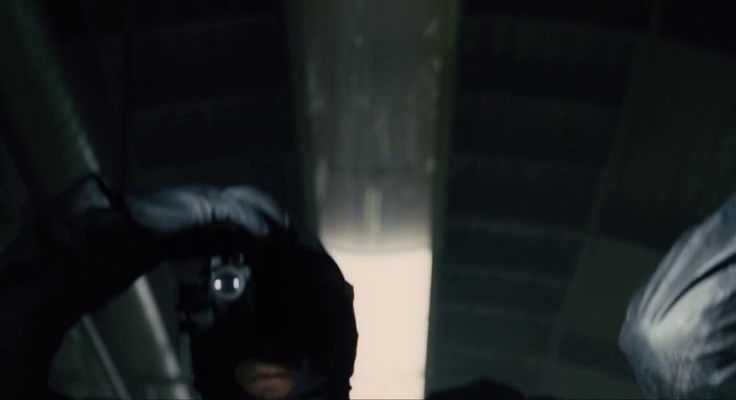 Internal lights are being switched off. 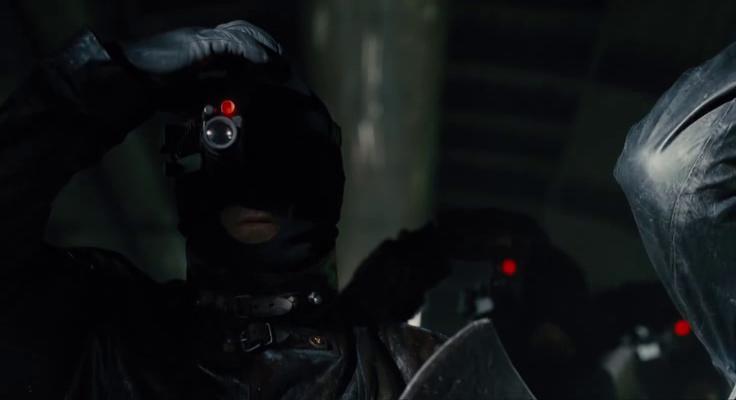 Goggles are switched on. 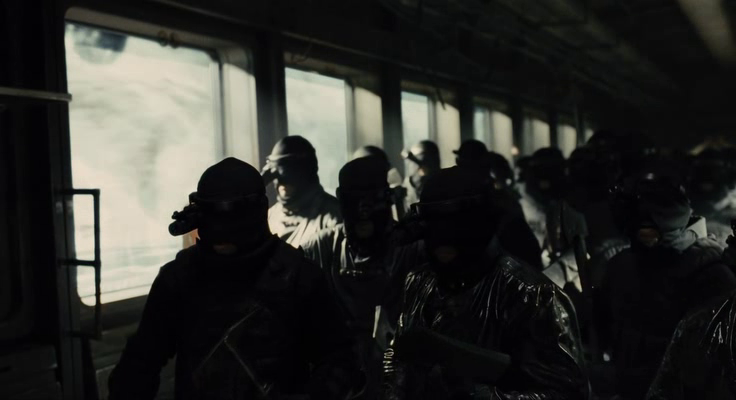 Right before the tunnel is entered, still daylight from outside.