So Major William Cage is railroaded as a new recruit into the UDF by some butt-hurt General who issues some orders with a bogus story that he's one Private Bill Cage who is a deserter that was caught impersonating an officer, and no one believes him when he says he's actually a major and he's not supposed to be there.

There's just one thing wrong with this scenario: Major William Cage is the Media Relations spokesperson who has had is face plastered all over international TV, and is personally responsible for millions of new recruits joining the UDF. 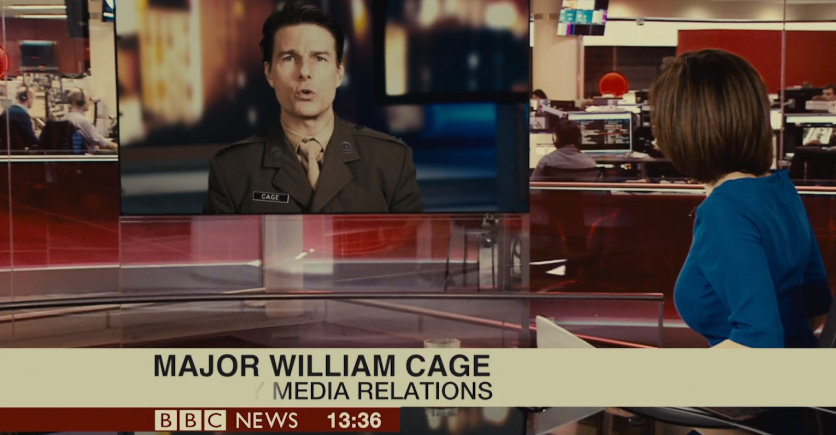 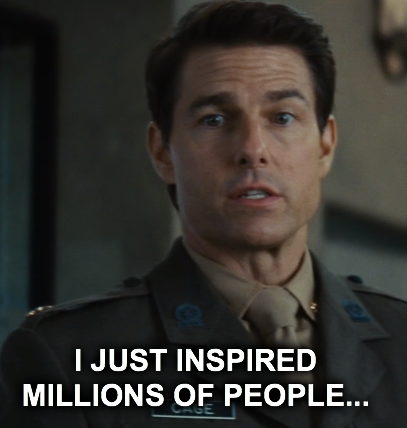 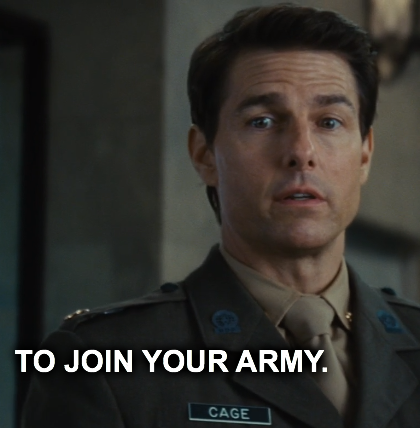 If millions of people have seen his face and were inspired to join the UDF because of him, chances are some of those millions are amongst the hundreds of thousands that are at that base waiting for the invasion with him.

How is it that NO ONE recognizes who he is?

I had thought about this as well. On watching the movie again, I noted that Major William Cage was just one of a number of people who were recruiting for the war effort, using effectively 'copy/pasted' words - a prepared text.

As such, it seemed his statement was merely exaggeration. They each probably would have believed that their own individual effort 'caused the millions to sign up'.

But then I did wonder if any of the people he met did recognize him, but since he was formerly a Major and when they saw him he was a private, it could have been a type of droll military sarcasm.

He's not the center of the universe. 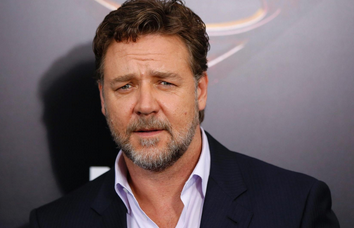 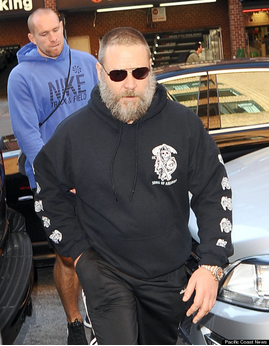 Recognizing someone in a different context is difficult.

Cage was an officer that did public media relations. That's pretty different from an scatterbrained, enlisted soldier on the front lines.

3. (Most significantly) He didn't actually claim to be recognizable

General, I just inspired millions of people to join your army. And when the body bags come home, and they’re looking for someone to blame, how hard do you think it will be for me to convince people to blame you?

A few years ago, I shopped for a car. One salesman managed to sell me one. I don't remember a thing about him. But he must have been good. He'd probably do a good job at selling me something else too.

Cage wasn't necessarily universally recognizable, but he was really good at PR.

He had just managed to sell a war. Compared to that, selling a scapegoat is easy.

He was bragging about his abilities more than his reputation.

Why did Cage fail to convince anyone initially that he wasn't a deserter? Because he was, for practical purposes, a deserter. He committed insubordination against a superior officer and blackmailed a general. In the middle of a world war, there's no time for legal technicalities; the general was right to classify Cage as a deserter and bump him to private.

I think Major Cage is responsible for millions new recruits because he lead the advertising campaign creation around Rita the "Angel of Verdun" and many other campaigns before. But he was never part of television ads as an actor himself. This means he was something like the "Head of the PR departement" without being well known by the crowd. Or do you know how the Coca Cola Head of PR looks like?

And at the beginning of the movie he was interviewed because of his successful campaigns of the past. And the recruits were on the front line at this time not being able to see these interviews.

15
Edge of Tomorrow: Why can Cage and Rita remember events after dying and coming back?
21
Why is William Cage forced into combat?
12
Why did the Omega trick William Cage to the Bavarian Alps dam?
13
Why didn’t Major Cage simply do this with the item he took from the Ministry of Defence?
10
Edge of Tomorrow - Why didn't Cage go back and get more blood from the original Alpha