Why did Dáin hold half of his forces back in the Battle of the Five Armies?

In The Battle of Five Armies, Thorin's cousin Dáin leads a charge of dwarfs against some orcs to defend the lonely mountain. Why does he leave half of his host behind just watching the fight? (I mean, there is seriously no reason to leave them there since the elves and dwarfs put aside their original conflict.) 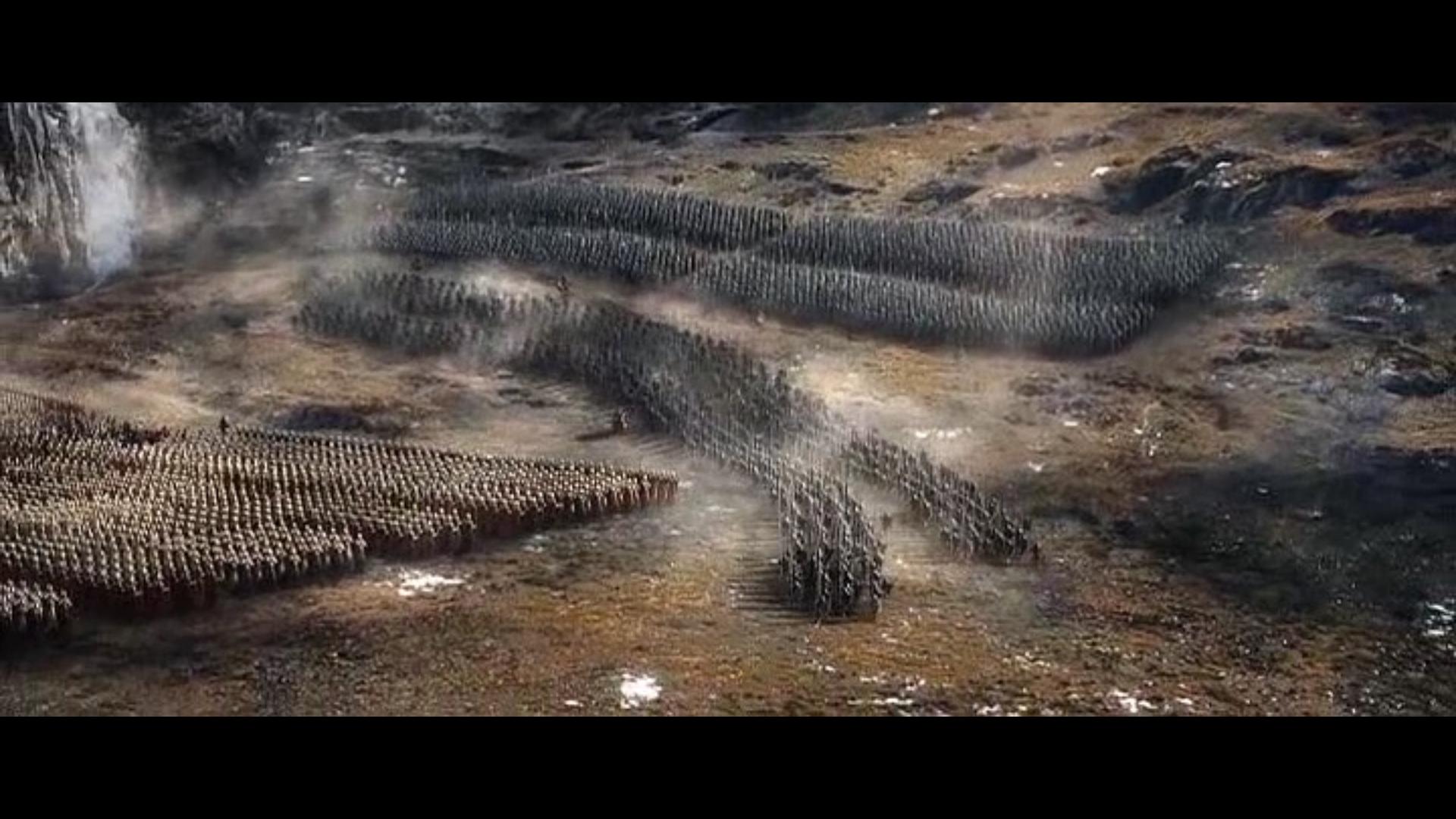 Wikipedia describes the strategy in a little more detail. Dáin sent a cadre of his skirmishers into the centre of the battlefield (along with some elf troops to support them) in order to bait the orc army into attacking en masse. When their enemy's troops were fully committed, the plan was to draw back their skirmishers, enabling the troops waiting on the side of the valley (the troops you noticed seemingly waiting in reserve) to encircle the Orcs, pinning them down with elven archers from their left flank and hitting them in the right flank with Dwarf foot troops.

The Dwarves and Lake-men formed up on one spur and the Elves on the other, while a light rear-guard lined up across the mouth of the valley to lure the Goblins between the two other armies, and thus envelop them. Bilbo Baggins hid himself with his ring, hoping to avoid the battle.

My apologies for the crude battle map.

Dain leaves half of his army to defend the gate of the mountain temple. Later in the film, when thorin comes to his senses, you see the other half of the iron dwarves lined up against the fortress rallying to their king.

Not the answer you're looking for? Browse other questions tagged tolkiens-legendarium the-battle-of-the-five-armies or ask your own question.