All this is despite the fact that C3P0 was designed by the first hand of Emperor in his childhood, and R2-D2 was his primary astromech and a friend of his? Couldn't this increase the probability of identity sabotage? Other than that, why would you trust those droids which were so close to the enemy? And, why couldn't they buy or pick a new shiny latest astromech and translator droid?

Despite C-3PO being crafted by Darth Vader, something that may not even be known by Princess Leia and especially wouldn't be known by Luke, he is in all regards an average protocol droid. 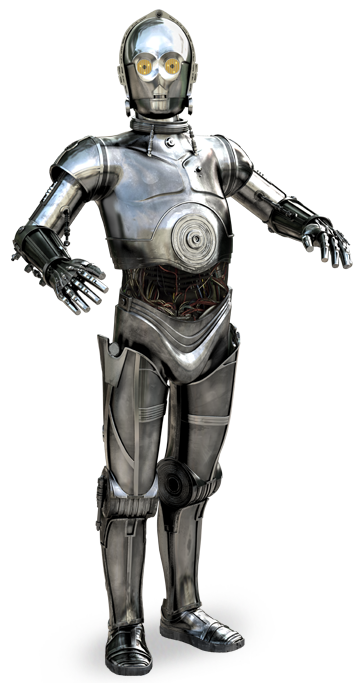 While it's true this makes it easy to disguise another protocol droid as him for infiltration, there's no reason for the Empire to try anything like this - he's a single little-known protocol droid that hardly does anything significant to help the Rebel cause. It'd be much easier to plant an organic spy, who would be able to adjust to the situation and wouldn't be subject to repair jobs by the rebels that might reveal his nature as a spy.

R2-D2, despite being a remarkable little droid, is also a factory model, and despite carrying valuable information, isn't seen as much more than a piece of machinery by the imperial troops.

Couple that with the fact that they're always paired with Luke Skywalker, the irrefutable hero of the first Death Star run, and Princess Leia the once-princess of an entire planet, and you have two droids who are not much trouble to keep around, with two people who very much have the pull to keep them from being taken away.

As for why Luke and Leia want them kept around...well, they did save their lives that one time in the trash compactor...

17
Are droids hackable in the Star Wars universe?
4
Were Darth Vader duplicates ever used by the Empire or Rebels?
17
In universe answer for Rebel uniforms in *Star Wars Episode IV: A New Hope*?
3
In what situations were rebel vanguards used?
30
How did R2-D2 and C3P0 end up with Leia?
19
Why was Princess Leia in the Battle of Scarif?
63
How could rebels trust R2-D2?
6
What happened to General Grievous's fighter?
40
Why don't rebels take Stormtroopers' armor?