Why was Skippy the Jedi Droid (R5-D4) force sensitive?

In Star Wars: Tales #1 (published by Dark Horse comics), there's a force sensitive astromech. How was it able to posses midi-chlorians, which were impossible to implant even in living creatures?

Who created Skippy? Was the mystery of the Force deciphered scientifically to create Droid Midi-chlorians? Or, was there a force-sensitive tiny creature living inside an Astromech shell (like a Dalek)?

P.S. I know that the comics in question isn't included in the new Disney canon. So, I am asking for old canon.

This is explicitly explained in the comic. His lubricants have been contaminated with something called Midi-chloroxians, presumably an inorganic version of midi-chlorians.

Coupled with his extreme personal necessity (during a chance encounter with Jabba), it appears that he became able to access the Force. 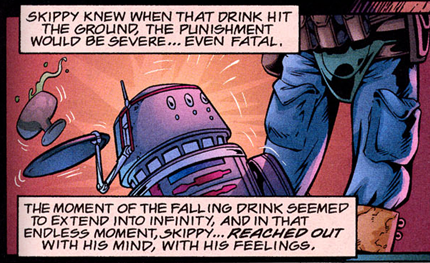 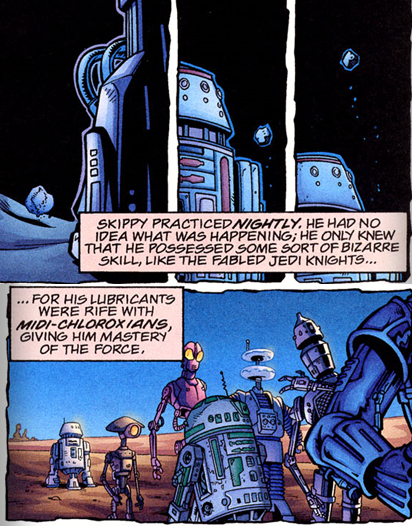