Has Captain America ever been completely in the wrong?

While watching people pick loyalties in Captain America: The Winter Soldier, some (a tiny bit) of the tension gets lost because of an easy litmus test: if Captain America objects to it, it's wrong. Characters who side with Cap (like Black Widow) are good, and those who side against him are bad, because Cap's judgement is incorruptible.

That led me to wonder, has Captain America ever (on his own and free from deception or mind control, etc) gone off the reservation? Has he ever, in the comics or cartoons or anywhere, genuinely been in the wrong on an important issue? I know there have been disagreements and misunderstandings, or "different perspective" sort of things, but has he ever just straight-up been on the wrong side of something?

Superman is featured in many stories in which his "boy scout" tendencies lead him to darker conclusions, like in Injustice: Gods Among Us or A Better World. Does anything like that exist for Cap? Or is he truly a beacon for what's right, always?

In my experience, the answer to this question is NO. However, it is a difficult question to answer because Captain America started off a symbol of patriotic fervor and under the wrong circumstances could have lead to his being used as a form of jingoism. (See: U.S. Agent/Super-Patriot) 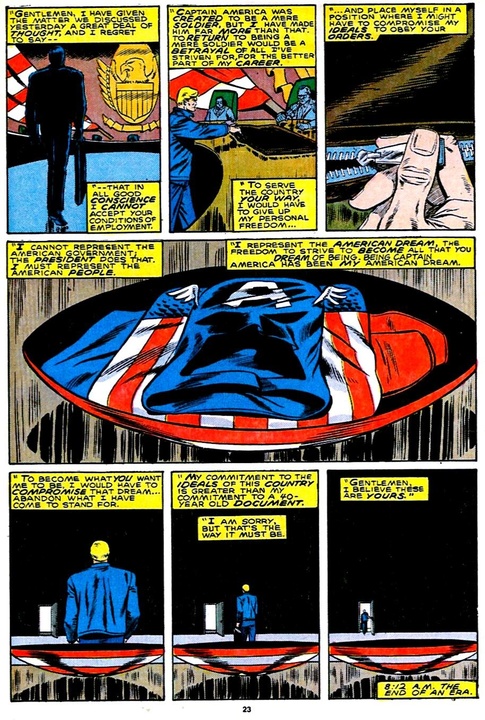 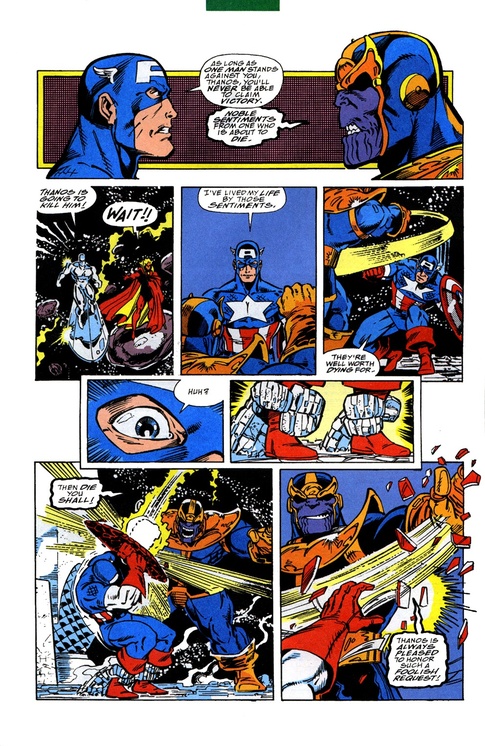 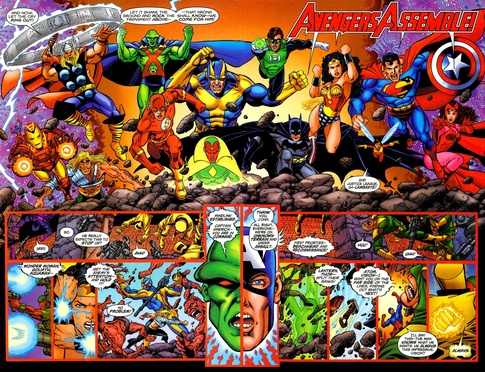 The closest anyone has come to questioning Captain America (Steve Rogers) judgement was during the Civil War event. Captain America leads the opposing side in a question of superheroes being forced to register with the government as "weapons of mass destruction" following destructive incidents with the Hulk and the supervillain, Nitro whose explosive powers resulted in the deaths of 600 people in a small town. 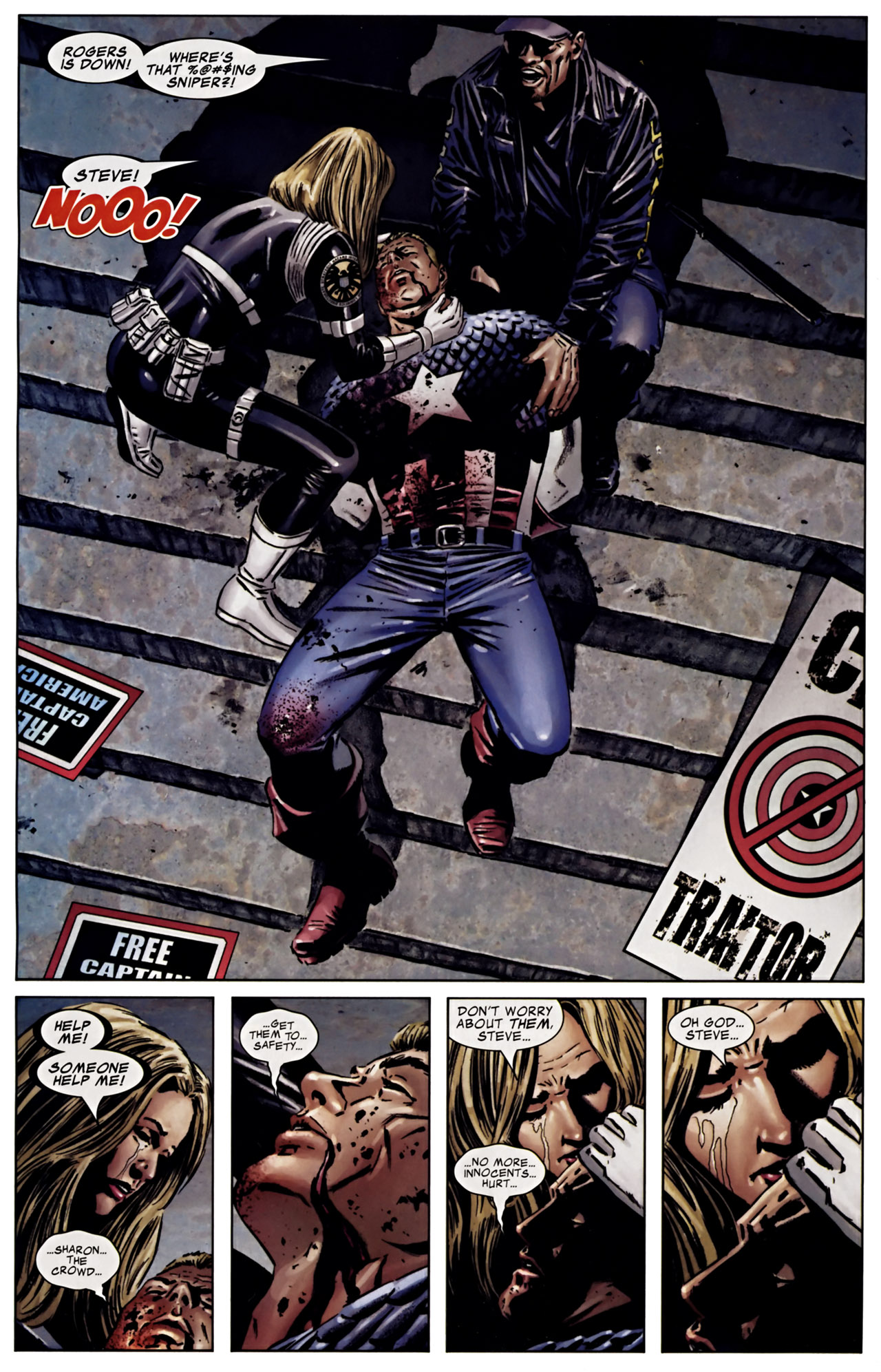 This might be a stretch, but during Avengers vs. X-men, there was a fight that he started with Wolverine that defiantly has some problems:

They were just arguing(it was basically whether one person should be killed to save the world, or not kill that person because killing is bad, the former being Wolvie's position, and making more sense to me), when 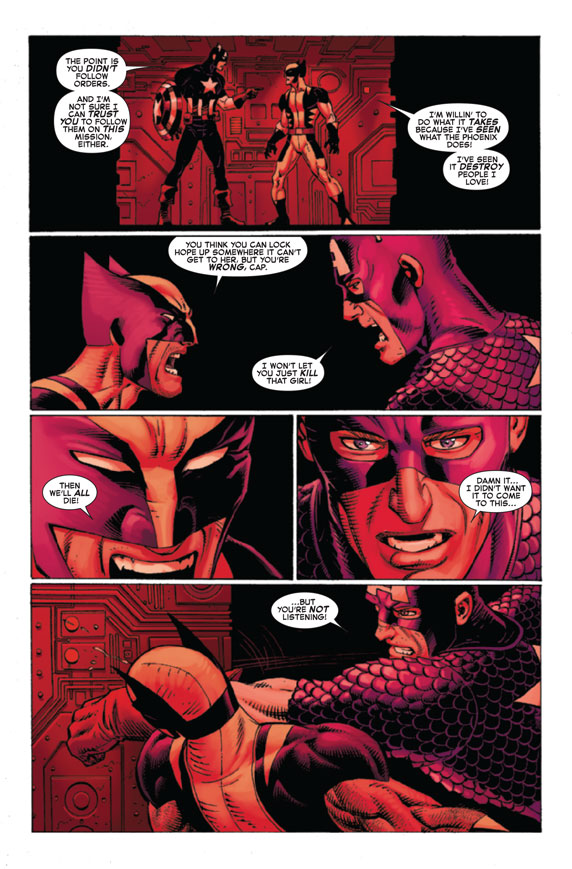 I feel like this was not a justified response to a difference of opinion, if he'd actually tried to have a civil conversation things could have turned out much differently. Then, Cap gets backup, so we know he planned this whole thing: 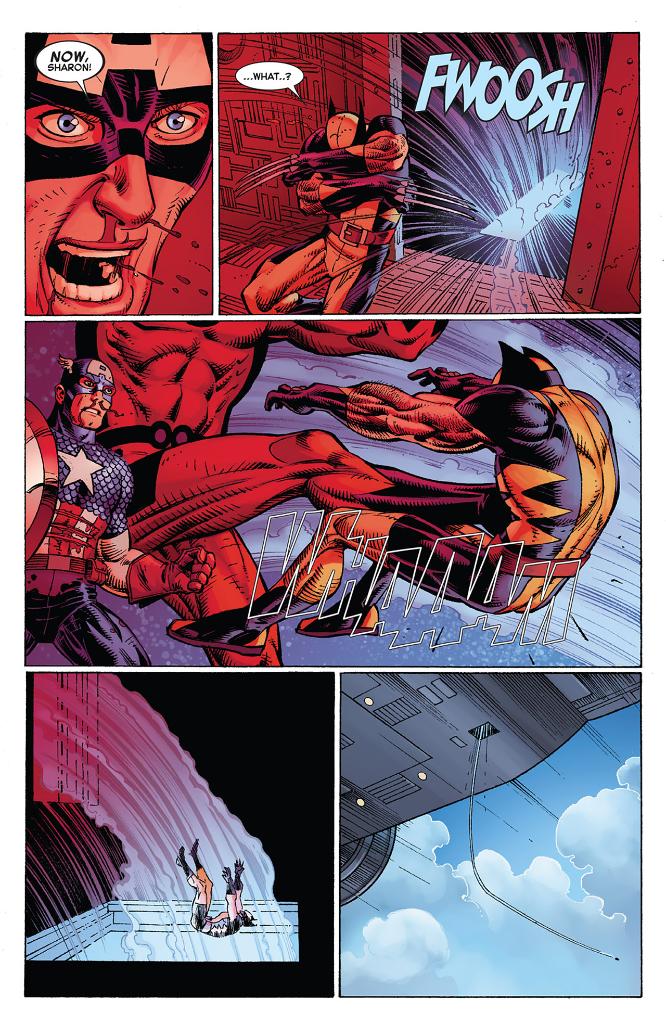 True, he is sticking to an overall ideal of not killing that one person, and Wolvie wasn't going to be convinced he was wrong anyway, and so this was perhaps the easiest way to get rid of him. But even if Wolvie was completely wrong, that doesn't make Cap right.

John Byrnes' run on Hulk in the late 80s. He and the Avengers just watched as The Hulk killed thousands! His foolish sympathy for The Hulk has caused earth's heroes a lot of trouble over the years.

Not the answer you're looking for? Browse other questions tagged marvel captain-america morality or ask your own question.