What evidence is there that proves/disproves there was a Gemini Earth Astronaut that appeared in the original Star Wars Cantina scene?

Here we go with yet another retcon question about Star Wars. While looking up info on another film franchise, I came across this intriguing internet tidbit:

As a bit of irony in the muddled Star Wars saga, Lucas actually had a traditional Mercury / Gemini type American astronaut in the original Cantina scene. Look for him to cross from right to left with his drink near the bar. He's in full flight gear and the American flag is easy to see on his left shoulder. This has often been described in the blooper blogs as "a galaxy not quite so far away."

However, I was not able to verify the truth of the statement. What evidence is there that proves or disproves there was a Gemini Earth Astronaut that appeared in the original Star Wars Cantina scene?

The astronaut appears about 44 minutes into Star Wars, just after 3PO moves alongside Luke at the entrance to the cantina. He's in both the theatrical release and the subsequent updated disc I have here.

It looks more like the Gemini suit (shown below) than Mercury. 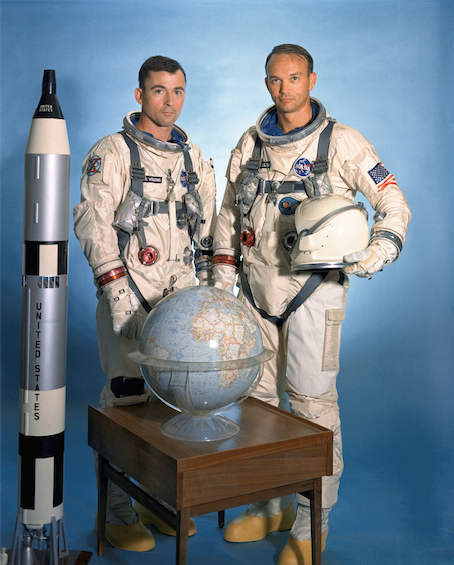 Looking at the scene on Youtube, I believe this is the fellow they are talking about 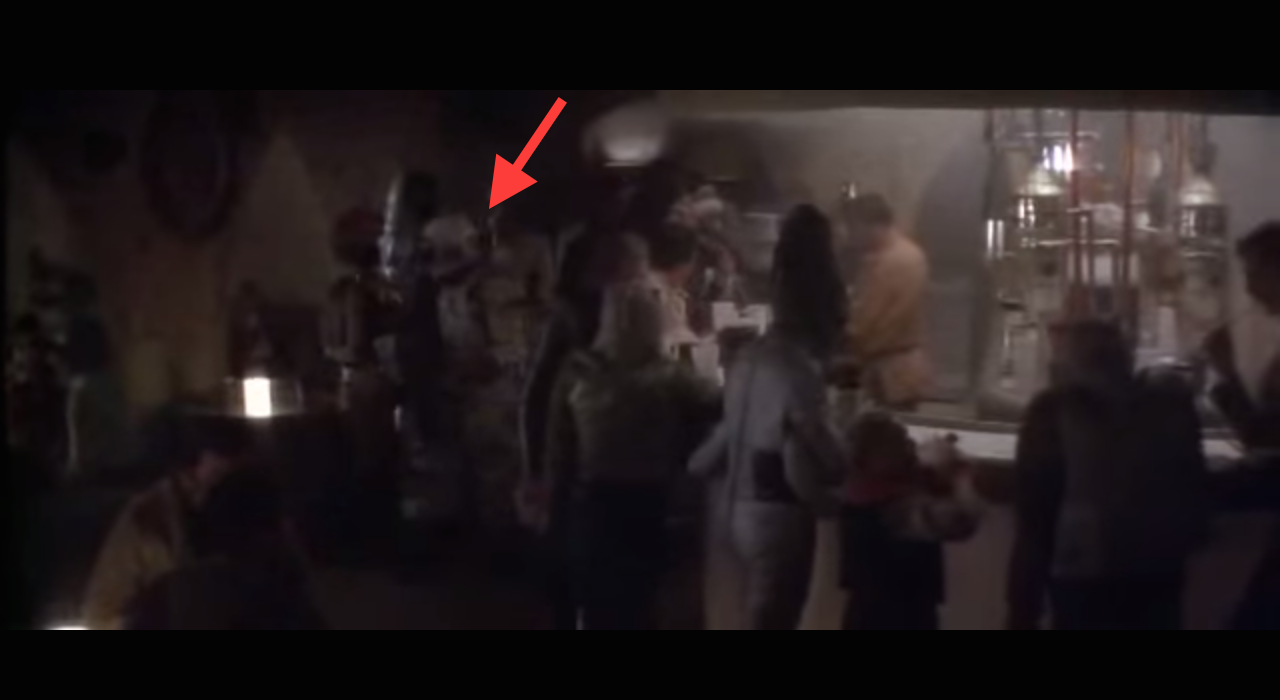 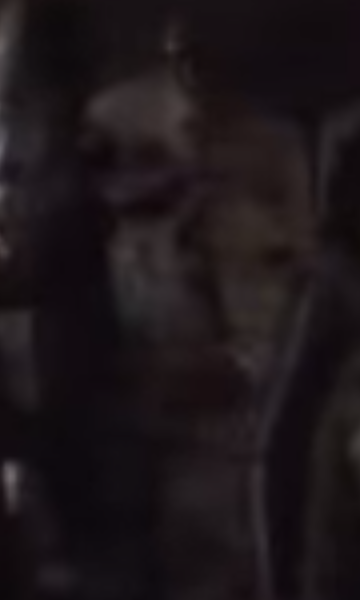 It's rather hard to tell anything about him. Fortunately, he appears on the higher definition re-release as well 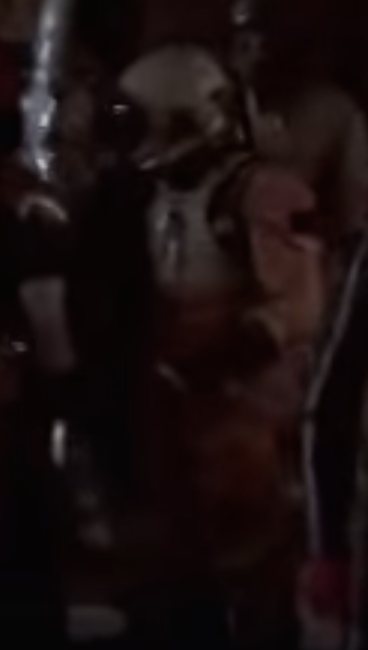 Tweaking the picture a bit gets us a better look 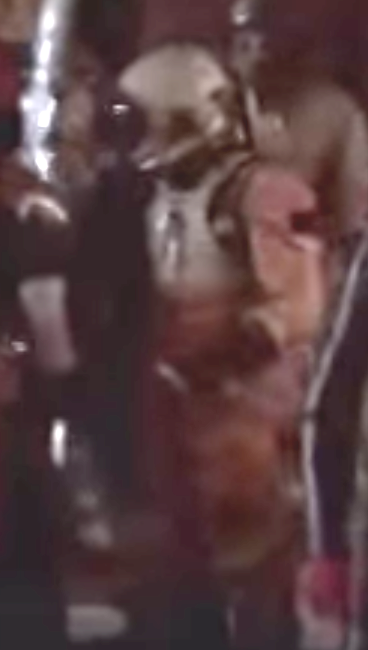 We can tell there's an arm patch, but it appears to just be black. There's certainly not a discernible flag.

It's certainly reminiscent of a generic space suit 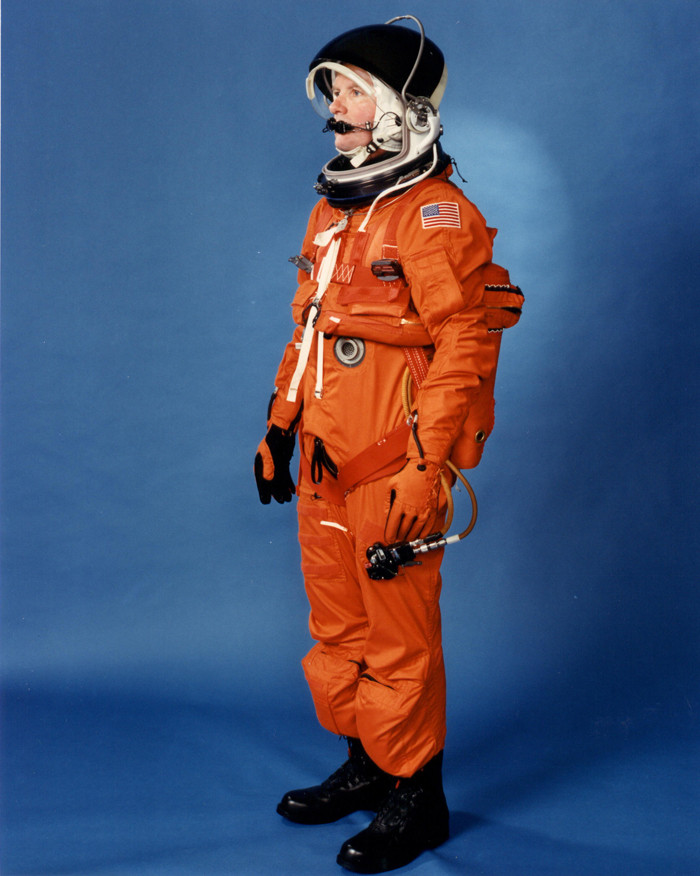 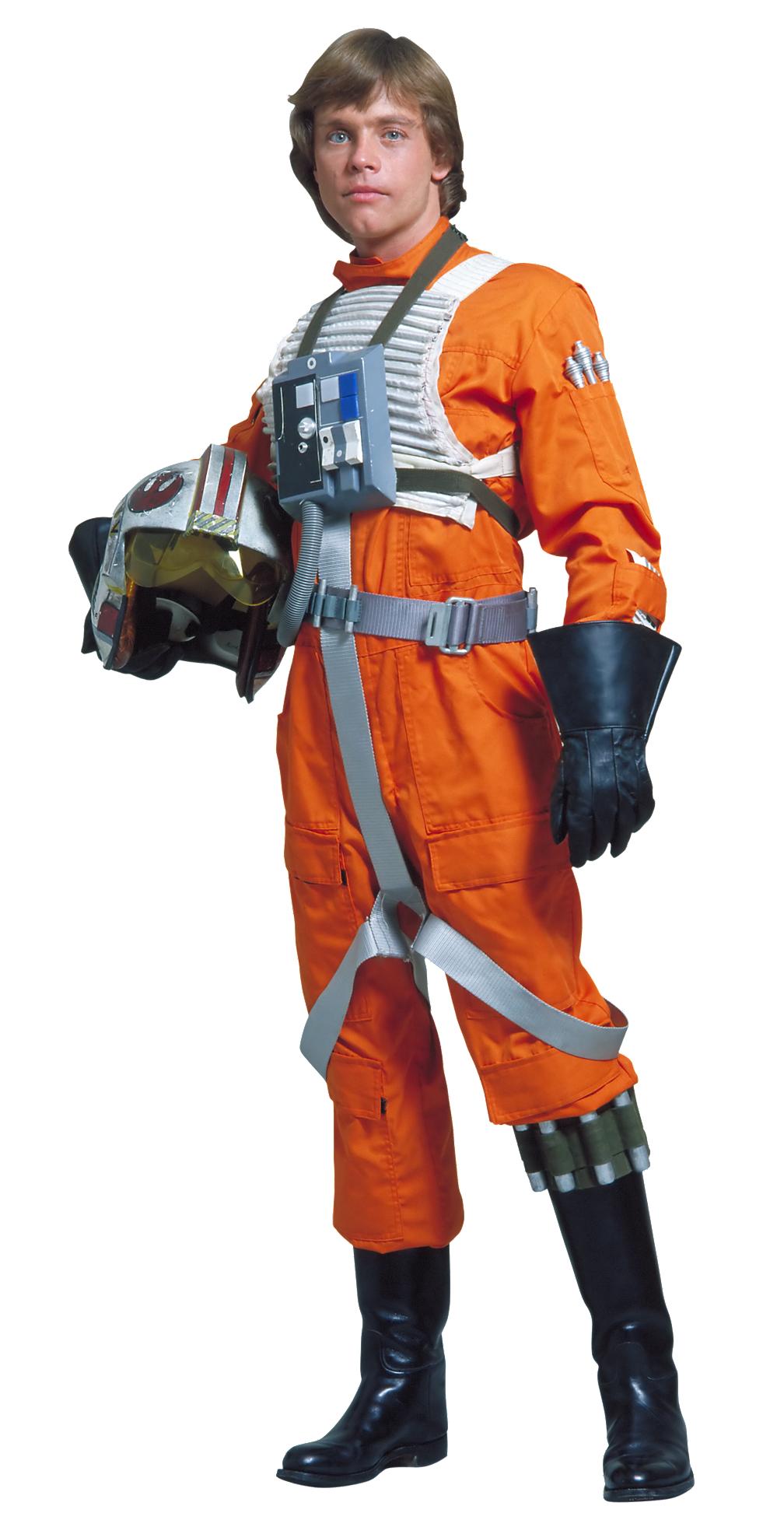 It's actually a British Windak pressure suit. We see Bo Shek wearing a black one while talking with Kenobi. This yellow one shows up again in Empire worn by Bossk.

These appeared in episodes of Dr Who and the movie the First Men in the Moon, ,lplus probably quite a few other things as well.

The suits from Men into Space make an appearance in the cantina and so to does one of the helmets from Escape From Planet of the Apes (originally appeared in altered form in the movie way...way out), though it is paired with a new suit body.

Many of these prop spacesuits had very long lives and appeared in numerous productions, with the Men into Space suit lasting into the mid 80s by which time it was over 25 years old.

Check out say hello spaceman, it's a huge resource of prop spacesuits of all kinds.

Not the answer you're looking for? Browse other questions tagged star-wars character-identification retcon or ask your own question.

8
What was the Star Wars parody trailer — was it “Trash Wars?”
45
Was prejudice against droids common in the “Star Wars” universe? Or was it just the bartender at the Cantina?
2
What was the character that cried “jabba jabba” in Star Wars?
25
Is there a script that contains Chewbacca's/Peter Mayhew's dialogue (in English)?
5
Is there evidence in current canon of hand writing in the Star Wars universe?
74
What did Darth Vader mean by “There’ll be no one to stop us this time.” Who had “stopped” Vader—or the Empire—previously?
59
Was the original Star Wars film originally called “The Star Wars”?
5
Is there any evidence of relativity in the Star Wars universe?
22
From what Star Trek script was Sasheer Zamata's name taken from, and what was the original spelling?