In The Voyage Home, why didn't park-goers bump into the cloaked Bird-of-Prey (also known as the "HMS Bounty") more often?

It seemed to be a fairly active park in an urban area (San Francisco). Shouldn't more joggers be colliding face-first into the landing struts? You might imagine that frisbees and baseballs would have been bouncing off of the hull. What about birds dropping out of the sky after banging their noggins on the invisible obstacle?

You would also think that a few incidents of walking into an invisible object would cause a stir of some kind.

The crew spent less than 48 hours in 1986. Arrived near dawn, went to Cetecean Institute that same morning then Kirk had dinner with Dr. Gillian Taylor that same day. During dinner Gillian says the whales will be transported tomorrow noon during a press event.

Voyage Home (the scene with the two garbage men near dawn)

The onshore breeze came up. It blew away the diesel fumes and brought a marshy, low-tide smell from the sea. Soon it would disperse the mist. Javy liked working the early shift; even on foggy days he liked dawn. A few minutes ago, before sunrise, he and Ben had seen a shooting star, surprisingly distinct in the fog.

Golden gate park is 1.583 square miles (4.1 square kilometers). The chances are slim that anyone will run into invisible landing struts in the middle of a meadow. 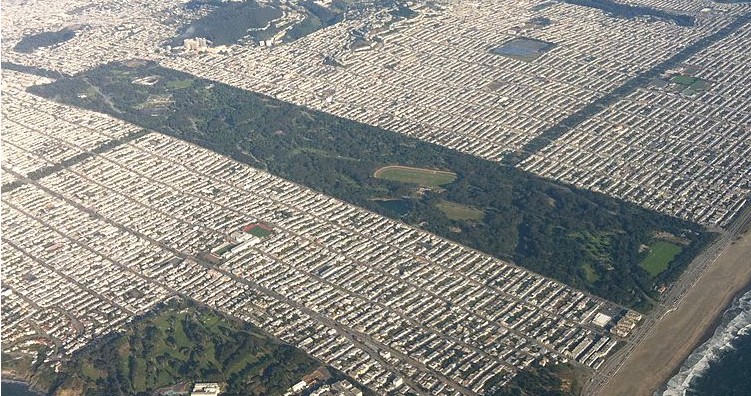 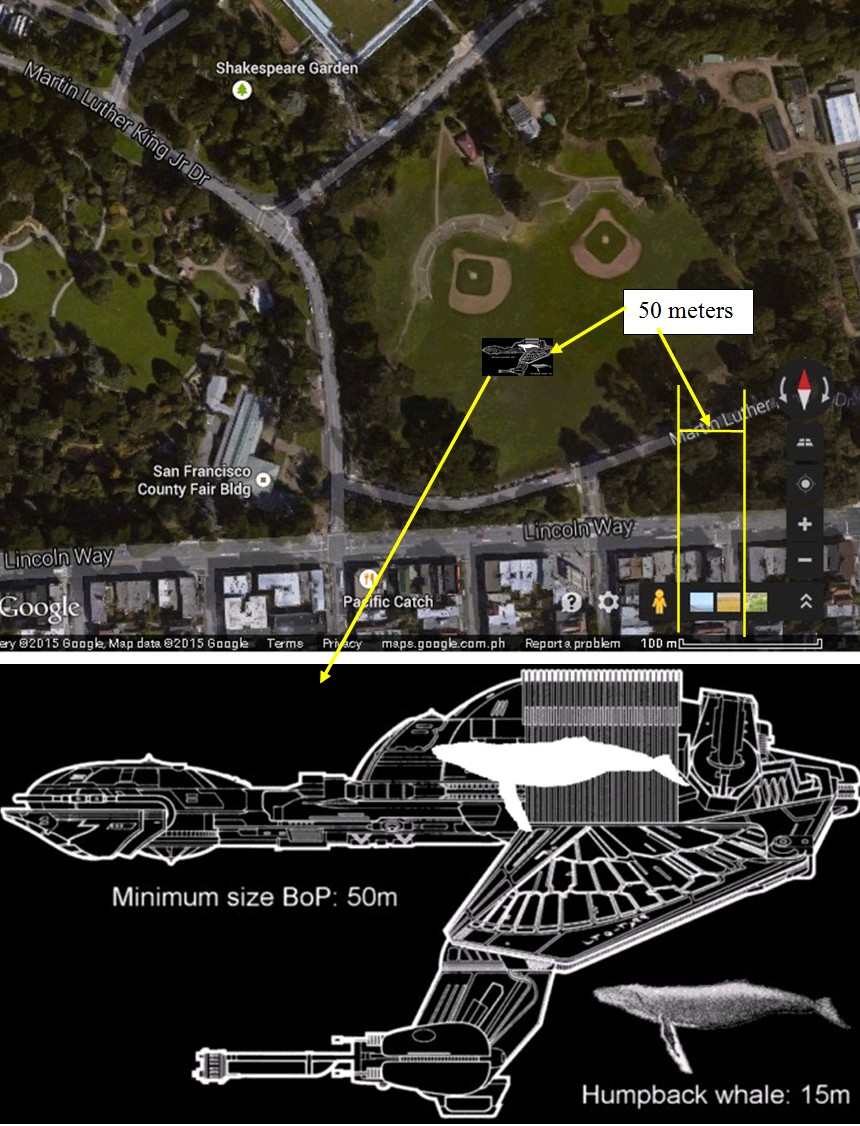 Conveniently there is no canon date for the arrival of the HMS Bounty. So the writers must have intended for viewers to choose a month where park visitors are at the minimum, which further reduces the chance of detection.

The official novelization also mentions that the garbage collectors were there on an early monday morning. (A Monday would guarantee a lot less visitors to the park). Also supported by the two lonesome joggers during the Bounty departure

Monday mornings were always worst as far as garbage was concerned. His heavy gloves scraping on the asphalt, Javy scooped up the loose trash and pitched it into the park garbage can. He and Ben were only supposed to empty the cans, but Javy hated seeing Golden Gate Park trashed after every weekend, so sometimes he broke the rules.

The novelization mentions Kirk looking at the newspaper dispenser but conveniently Kirk does not notice the date.

Voyage Home (scene where Kirk is looking at the newspaper dispenser)

"Dow Jones Bull Turns Bear." The first two he found completely incomprehensible. He assumed the third to be a report on genetic engineering, though he did not quite understand why Jones would want to change a bull into a bear.

"Nuclear Arms Talks Stalled." That one he understood.

"It's a miracle these people ever got out of the twentieth century," McCoy said.

Jim waited for the headline to dissolve into a news story, but nothing happened. He wondered if the news machine were broken. Probably street machines were not as reliable now as they were in his own time. He looked for a way to key it to the subject he needed, but saw no controls. Perhaps it was more sophisticated than it looked and could be operated by voice...

...Newspapers? That was it. The antique novels he had read sometimes mentioned newspapers, but. never newspaper machines. They described young newspaper carriers running down the street crying "Extra!" Jim wondered how anyone kept up with the news here. These headlines must be hours old.

I live in the area, and the ball fields are not heavily used outside of baseball season because the diamonds are off-limits for casual play to prevent damage. People sometimes walk dogs on the grass outside the diamonds, but most stay on the pathways. Other areas of the park are more popular for picnicking and such. If the weather is cold, it is possible to imagine the field being deserted long enough for the plot line to hold.

10
Why do some people remember about the supernatural, and others forget?
9
Were the HMS Bounty footprints inspired by crop circles?
5
Where exactly in Golden Gate Park did Sulu land the Bird-of-Prey in Star Trek IV: The Voyage Home?

24
How did Kirk get the whales out?
12
Why aren't phaser rifles used more often?
8
Bridge of HMS Bounty between The Search for Spock and The Voyage Home
17
The ultimate fate and influence of the HMS Bounty
9
Were the HMS Bounty footprints inspired by crop circles?
15
Why doesn't Data go into super speed more often?
11
Why aren't transporters used more often in Star Trek Enterprise?
4
Why didn’t the probe in The Inner Light contain more information, and share it more widely?
44
In Star Trek IV, why did the Bounty go back to a time when whales were already rare?