I was watching the recent Green Lantern movie and noticed several references to Hal Jordan having green skin when he summons the Green Lantern costume. I am badly color-blind and would not have noticed the color change on my own.

My question: is this part of the standard Green Lantern lore? In the comic books, does Jordan turn green? Do other human Green Lanterns?

No, Human Green Lanterns do not become green when they are utilizing their powers. However, they can exhibit a green force field, particularly when they are in space or in other hostile conditions which could account for a green tint.

In the image below, the thick bright outline around Hal Jordan is his forcefield. However, the skin of his face is a regular human skin colour, except for his trademark green mask. 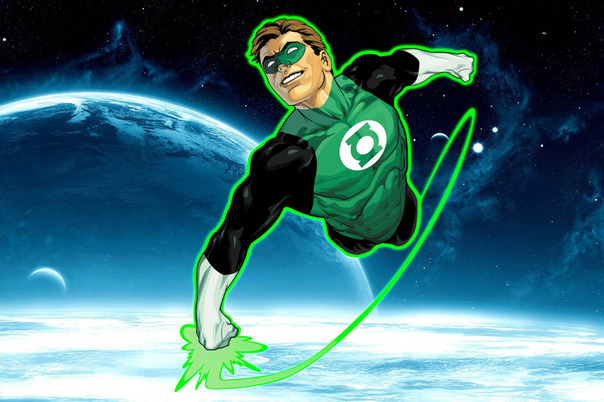 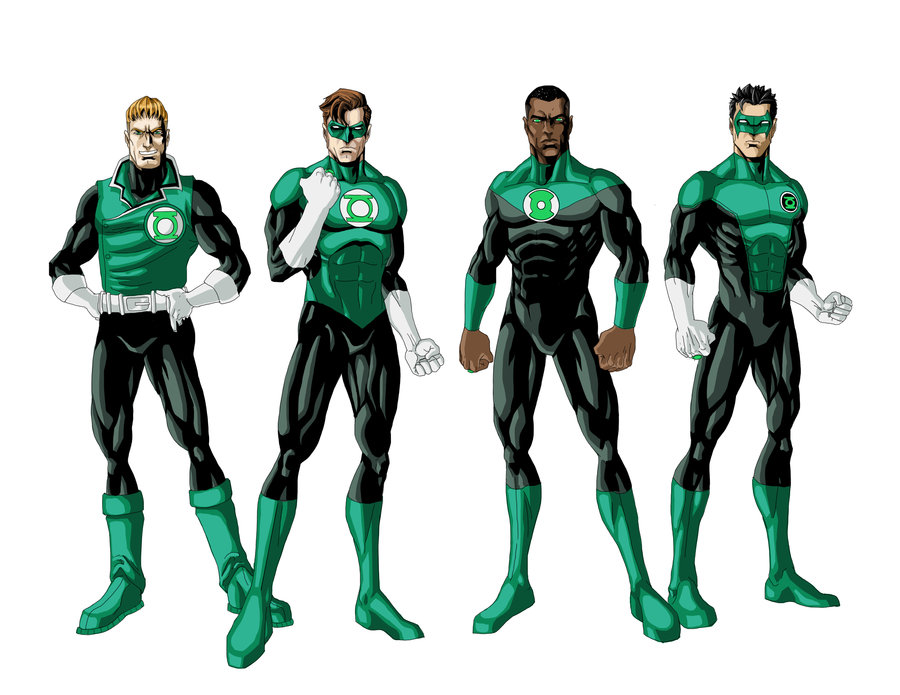 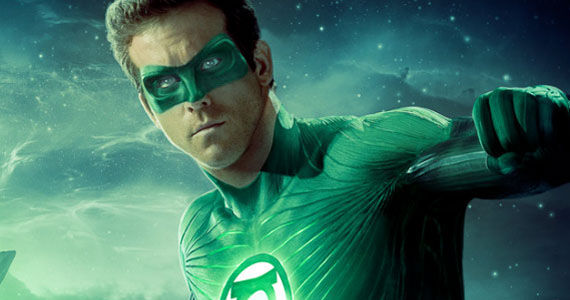 All of the human lanterns retain their human skin colour.

A large portion of a Green Lantern's body is covered in a skin tight green suit, which I suppose could look like green skin. But It's just a suit, each Lantern stays human coloured. 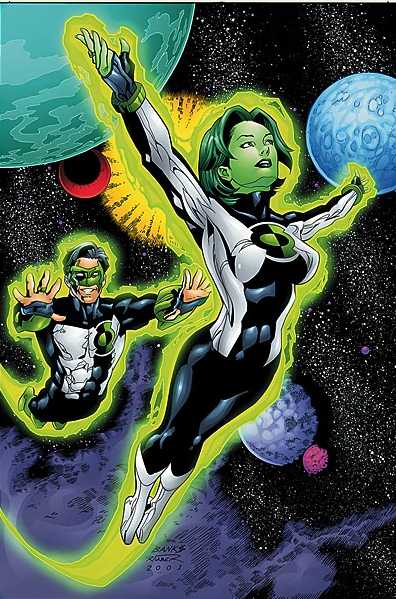 As the daughter of the first Green Lantern, magical Green Lantern Alan Scott from the 1940s Justice Society of America, Jennifer-Lynn had green skin and a "power pulse" on her right palm that duplicated her father's Green Lantern power. So Jade was a "living Lantern", first becoming a heroine in Infinity, Inc. 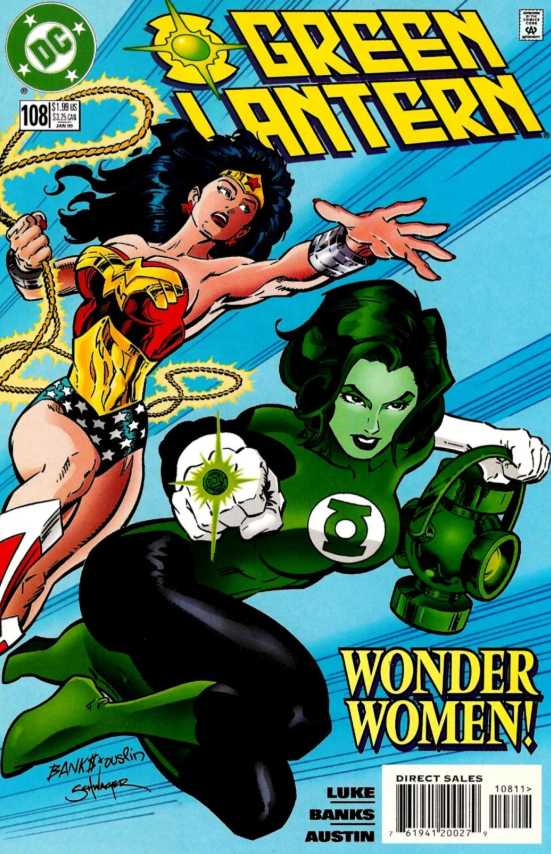 Jade lost her Green Lantern power ring, somehow ended up in the Rann-Thanagar War where she was killed, and her residual Starheart power was transferred to Kyle, who became Ion before Rebirth happened to Hal Jordan and the Green Lantern Corps.

Jade later was resurrected by the White Lantern Living Entity during Blackest Night, and had her Starheart powers restored. At the end of Brightest Day Jade was with the Justice League of America before the universe was reset for 2016's DC Rebirth. Due to the story behind Alan Scott changing, Jennifer-Lynn and her brother Todd (Obsidian) were never born in the new continuity.

Jade has recently been resurrected again at the end of DC's Doomsday Clock run, but has not yet been seen in any other comics.

14
Is Hal fearless at the end of Green Lantern?
7
Why Did Hal Jordan Use Jet Fighters?
16
Why is Hal Jordan Featured in Most Green Lantern Adaptations?
6
Did Green Lantern ever have a 'Robin'
12
Does the planet Mogo have a Green Lantern ring?
0
Why did the ring choose Hal Jordan?
15
Where do Green Lanterns' civilian clothes go when they are in uniform?
3
Green Lantern comic with Hal or Guy offering another character a pack of alien beer
6
How big is Mogo?