What are the various duty stations on the Enterprise NCC-1701's bridge?

I can identify the Captain's duty station, Navigation, Communications, and the Science Officers console, and there are often Security personal standing guard near the turbolift. What are the other duty stations on Enterprise NCC-1701's bridge? 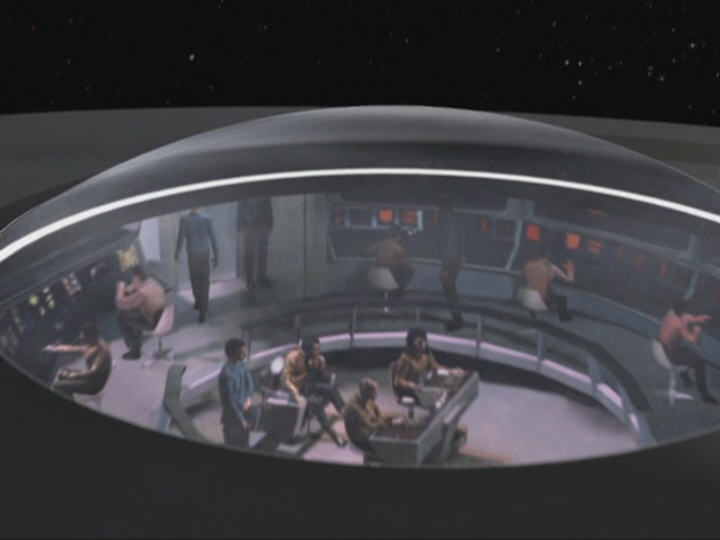 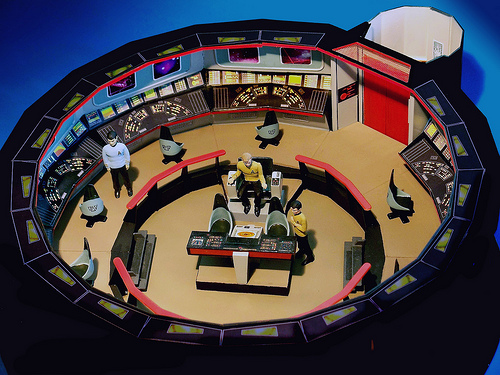 A schematic of the stations are included in the subchapter Main Bridge of the NCC 1701 within the book Star Trek: U.S.S. Enterprise Haynes Manual (Robinson and Riley, 2011). The stations are, from the linked page:

Then there is the turbolift, continuing in a clockwise fashion from the turbolift back to the main viewscreen was the Engineering station, Environmental and Engineering subsystems and Bridge support systems, which according to the Haines manual:

The stations on the other side of the turbolift, relating to engineering and environmental systems, weren’t always manned during routine operations, their functions being primarily controlled from main engineering

Incidently, while the Haynes manual where this answer came from is non-canon, it is a licensed source:

There's already a great answer here, but I thought I'd add some other diagrams. These, and many, many other bridge schematics, were created by Tobias Weinmann and can be viewed at www.cygnus-x1.net under the Blueprints and Schematics tab. I've included one for Enterprise under Pike in the TOS episode "The Cage" and one for the Enterprise under Kirk for the bulk of TOS. 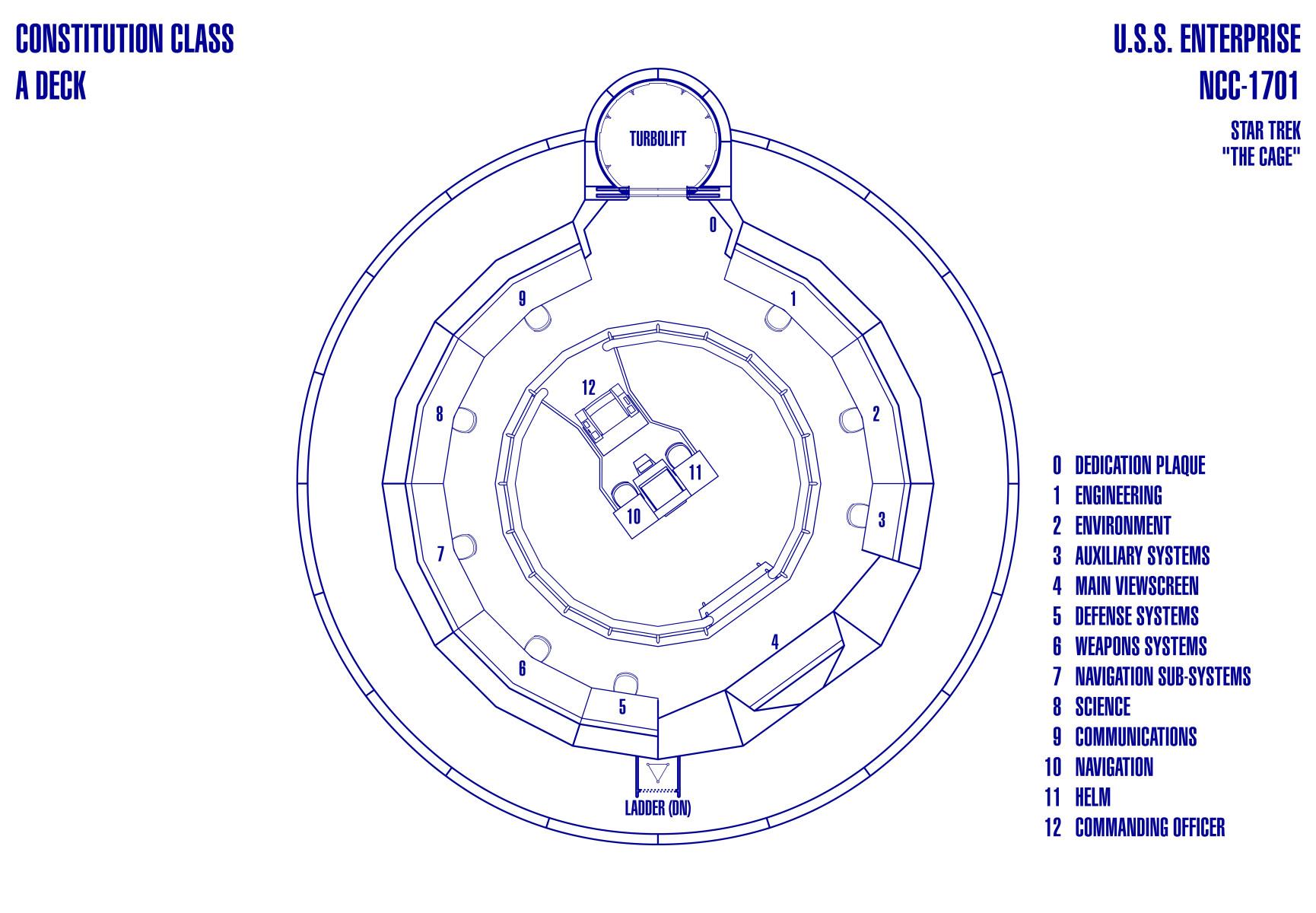 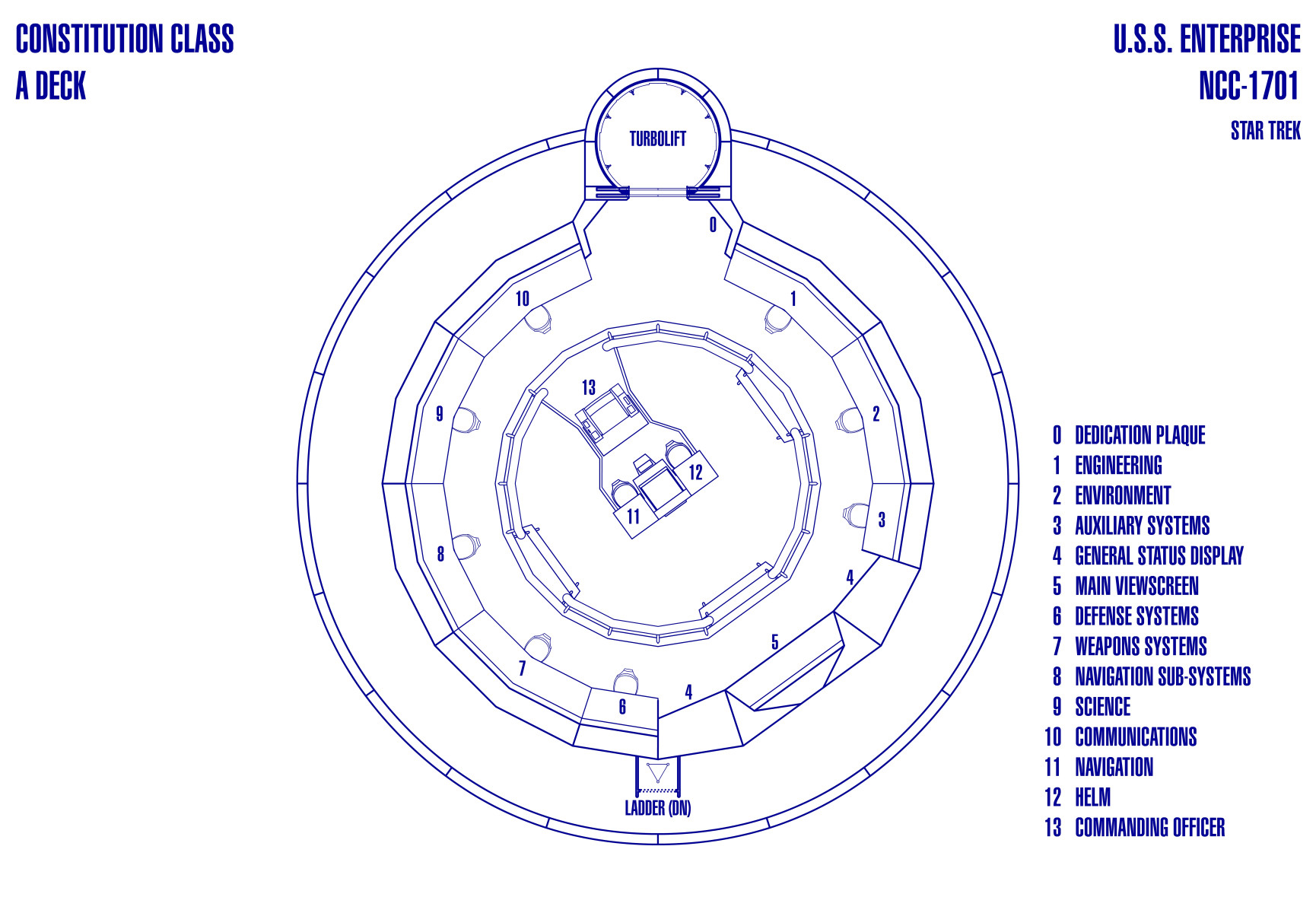 Though my memory on this is from the original viewing of the series, (circa 1966-68) the stations were from turbo lift engineering, and aux-engineering, (environmental controls), a sub-station of environmental controls for defensive measures against intruders (anesthesizen gas pumped into the bridge by Khan in "The Space Seed"), view screen. The stations clockwise from the main view screen were never shown as being manned that often, and certainly never expressly referred to. It seems to me that these could be auxiliary stations that could be assigned for multiple uses. Sulu was at conn (helm), but he frequently fired weapons as did Chekov et,al. at the navigation station. It always seemed that all of the bridge stations were designed to allow multi-tasking (before it became an actual present participle). To be honest I don't think the people who produced the show knew or caried, so long as the looked good, and of course futuristic. Although, there is an anecdote related by George Takei that some director told him to press a certain set of buttons to accomplish some order. Takei told him that certain other buttons did that function, and the director's instructions did something else." So, it seems to be anyone's choice what all of the stations were for. Hope this is some help.

8
What are the various computer consoles on the NCC-1701-D's bridge?