So I've been a Green Lantern fan for a while, and I know some of the history of Guy Gardner (everyone's least favorite Green Lantern not named Kyle). I know he was booted from the GLC, found himself a new ring (which he referred to as 'gold'), before the 'Warrior' thing that happened. I also know he eventually rejected the alien DNA that gave him his Warrior persona and powers, and was re-admitted to the GLC.

What I wonder, though, is where the new ring came from and if it worked like the other Yellow Rings we've seen more recently.

He had a Yellow Ring (though he sometimes called it 'gold') during the Death of Superman arc in the 90s, and was (like the rest of the then-current Justice League) useless against Doomsday. 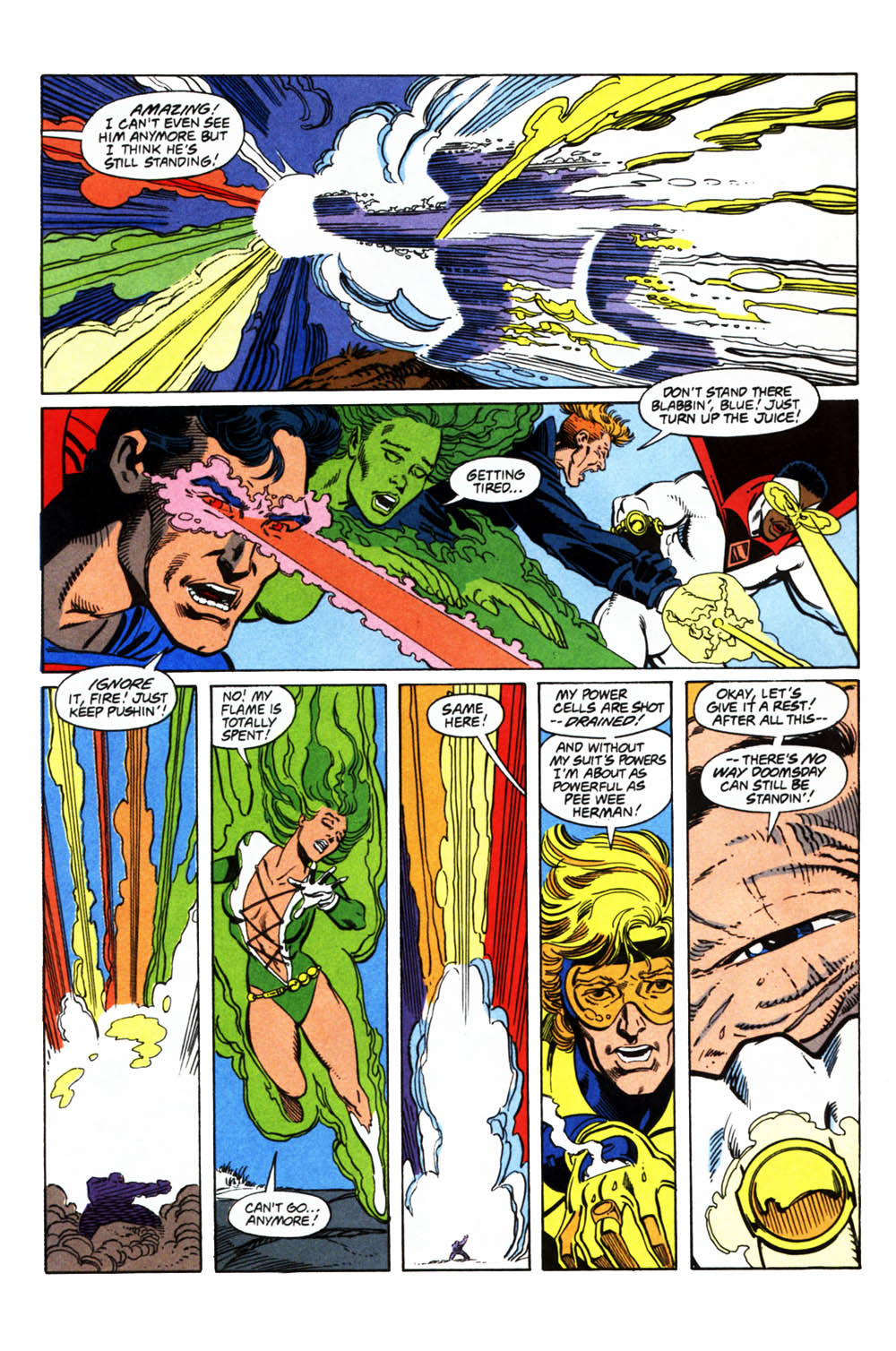 It's notable that his ring, as seen in the last panel above, doesn't have any markings at all - no Sinestro Corps symbol (since it was a decade away from being created), etc.

That said, he could use the ring, though Gardner has never been one to make people fear him.

So how has this been reconciled with the rest of the DC Comics continuity? His ring obviously wasn't a typical Yellow Ring. Where did it come from, how was it powered, and where did it eventually go?

The yellow power ring worn by Guy Gardner belonged to the disgraced Green Lantern, Sinestro, once considered a legend among the Green Lantern Corps. It was created for Sinestro in the anti-matter universe by the Weaponers of Qward.

After Sinestro was executed, Guy was removed from the green lantern corps, and asked Lobo to help him. Then he found Sinestro’s frozen corpse, got a green lantern to break the thing that he was trapped in, and took the ring.