Were there any overweight people in the Matrix?

I don't reckon I saw any, so my question is: were there any? If not, how come people in the Matrix can't get weight in their perspective. I mean, no one tried to gain some? 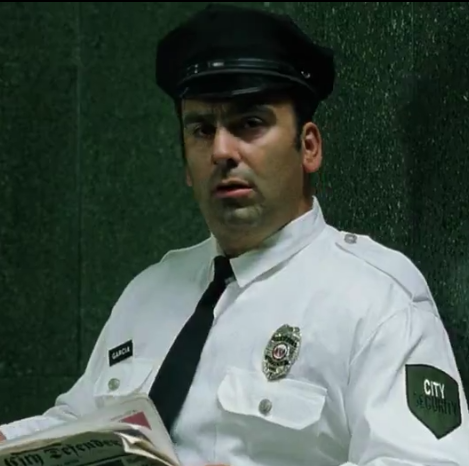 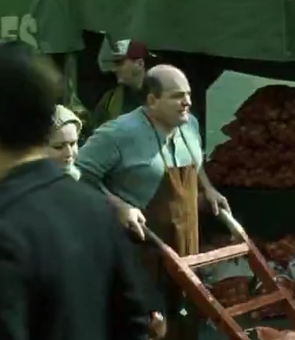 And in the Animatrix 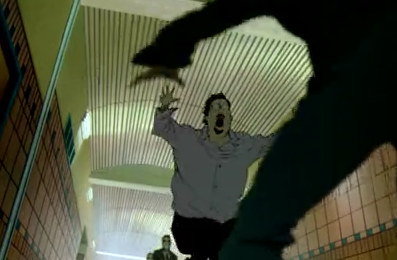 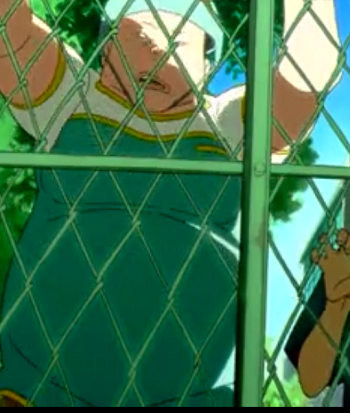 And from the Matrix Comics 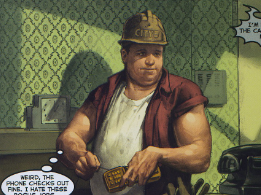 Do you mean the physical bodies or the avatars?

More precisely, the Matrix's programming is designed to emulate the real life laws of physics. Those laws dictate that if a person eats a lot, they will grow fat. It follows that any human plugged into the Matrix who eats a lot (more precisely, their virtual avatar eats a lot) will grow fat (more precsely, their virtual avatar will grow fat) for exactly the same reason that if your avatar jumps off a building, it will fall down - because that's what the programming of the simulation dictates. Obviously this doesn't apply to rebels who've mastered freeing themselves from the retrictions of the Matrix. Presumabely Neo could clear out every doughnut joint in simulated New York City and suffer no ill-effects.

This is an entirely distinct question from whether the actual physical bodies of the people plugged into the Matrix are fat. Dying or being injured in the Matrix has ill-effects on your physical body, so it's possible that eating too much in the Matrix would do the same. However, although it sort of makes sense that you die if you're killed in the Matrix (all your body has to do is stop your heart), growing fat because your body thinks it's eating a lot doesn't make much sense, because surely it's physically impossible - where's your body getting the fat from?

In any case, just because your avatar is fat doesn't mean that the Matrix deliberately made your phyical body fat, just like the Matrix doesn't have to physically move your arms around in order for your avatar to move your arm around. So there's certainly no reason to think that the Matrix is deliberately cloning or breeding fat people, or that the fact that their avatars are fat implies that their bodies are being fed more nutrients. In fact, that makes no sense - that would be like designing a AA battery to have a lower life expectancy just so that it can be a few milimeters wider (and therefore likely to get stuck in your flashlight - or in your feeding tube, in this case).

With regard to the questions of why the machines would feed one person more than another if there wasn't a corresponding gain in power output, it occurs to me that the machines are unlikely to be looking at local maxima or minima in their efficiency analysis. In simple terms, they are more likely to be considering overall productivity of a tower rather than just the isolated performance levels of the individual humans.

If the key to the ongoing success of the Matrix is the mass cognitive deception of their human population, then the machines' ultimate goal would more likely be to keep the whole population as inured with their perceived conditions as possible. That would mean making sure that their biological feedback in the pods (of which they are implied to be minimally aware) would be kept as consistent as possible with the manufactured reality that they experience through their neural interface.

We see this currently in the manufacturing tolerances of microprocessors and hard drive platters, for example. In each case, there are predefined tolerances that are deemed acceptable for the product delivered and still be considered satisfactory. With roughly 200 years of advancement in state of the art methods for resource management, I suspect the machines have implemented quite an elaborate system of big data mining and management to get control the system.

So let me offer a slightly differing take based on my knowledge of some database systems.

Dealing with the physical bodies in the real world.

It would be quite possible for a fat person to exist in the tube, outside of glandular or metabolic disorders, etc., because frequently to try and gain performance a computer/machine/sentient robot may try a new algorithm as part of an effort to improve efficiency/speed/etc.

The same could be said of the physical bodies, perhaps at some point they were testing to see if the power output was a factor of the food one body received over another, enter some test subjects, one given more food, one given less, one given the same amount, examine the power output over the life of the subject and extrapolate into a working model of resources, supply and output. Its reasonable to expect given a decent population size that there would be diversity of several factors, if for no other reason than the continued experiments of the machines toward improvements of their design.

The architect specifically mentioned that there have been many incarnations of the matrix always tweaking trying to get it right, its reasonable to assume that they would apply the same rigor to the physical world.

Additionally perhaps they would have had some fat people because the maximum output of a battery is a function of age, so it may make sense to shorten the life spans by feeding them more and thus introducing the illness and side effects of being overweight in the matrix.

The Matrix is controlled by machines. The machines don't have logical and analytic skills like human being, it basically does maths. Also, machines don't care if human is fat, skinny or muscular as they are only used to generate required power. So maybe machines created a few generic structures of humans for male and female diversified across various ethnicity and generated the humans in The Matrix.

It's like creating character in FIFA or PES games. You are given set of features with certain values to change the dimensions. Maybe the machines use that kind of technology.

52
Why are there no animals in "The Matrix"?
5
Is the last "One" present at the re-founding of Zion?