What Was the Name of the High Tech TV Spy Show in the 70's?

I remember a show from the 1970s where agents had miniature cameras (rings and pendants) and 2-way communications with a command center staffed by translators and other specialists who communicated with them in real time. Does anyone know what the title of this show was?

I believe it was Search. It was based on a movie called Probe and involved a high tech private investigation firm. It aired in 1972 and 1973.

Probe was a two-hour television film first aired on February 21, 1972 on NBC as pilot for a science fiction detective series, originally to have continued under that title. Created by Leslie Stevens, it starred Hugh O'Brian as Hugh Lockwood, one of a group of high-tech private eyes working for the organization “World Securities”. When picked up for series production, the title was changed to Search, because Probe was the name of an existing PBS series.

The investigators, called Probes, were outfitted with various electronic implants including a button-sized "scanner" containing a miniaturized video camera, microphone and transmitter linked to a team of technicians and experts who constantly monitored the Probe's surroundings, actions and vital signs; they were able to supply the Probe with encyclopedic information on any subject. 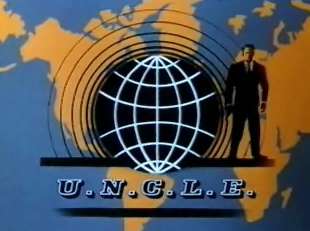 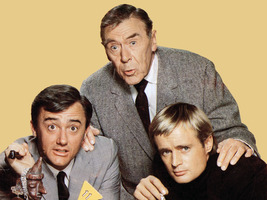 12
What movie was based on ‘Inverted World’ by Christopher Priest?
6
Name this children's sci fi show from my childhood
8
What was the name of the tv show about a guy who lives in a town with aliens disguised as humans?
8
Science Fiction Stories - included story about miniature civilization on brink of extinction
11
Seeking a short story about backwards time travel and looping history
7
Story where memories are stored in crystals inside a wig