When did Palpatine first use his walking stick, and did he really need it?

When did Palpatine first use a walking stick? I did't see him with it towards the end of Episode III and, since he wasn't shown on screen in IV and V, I would presume he started using it somewhere in between?

On the other hand, with him being a Sith Lord, I would assume that he wouldn't need it anyway. So was it used just to mask himself as being a frail, aged person?

According to the Wookieepedia article on the Emperor's cane:

Sometime before 0 BBY, the cane fell into the hands of Galactic Emperor Palpatine.3 Palpatine used the cane in order to appear to be weak instead of actually needing it.5 When he inspected the second Death Star in the days preceding the Battle of Endor, Palpatine carried the cane with him, and brought it into his throne room.1

And as behind the scenes notes: 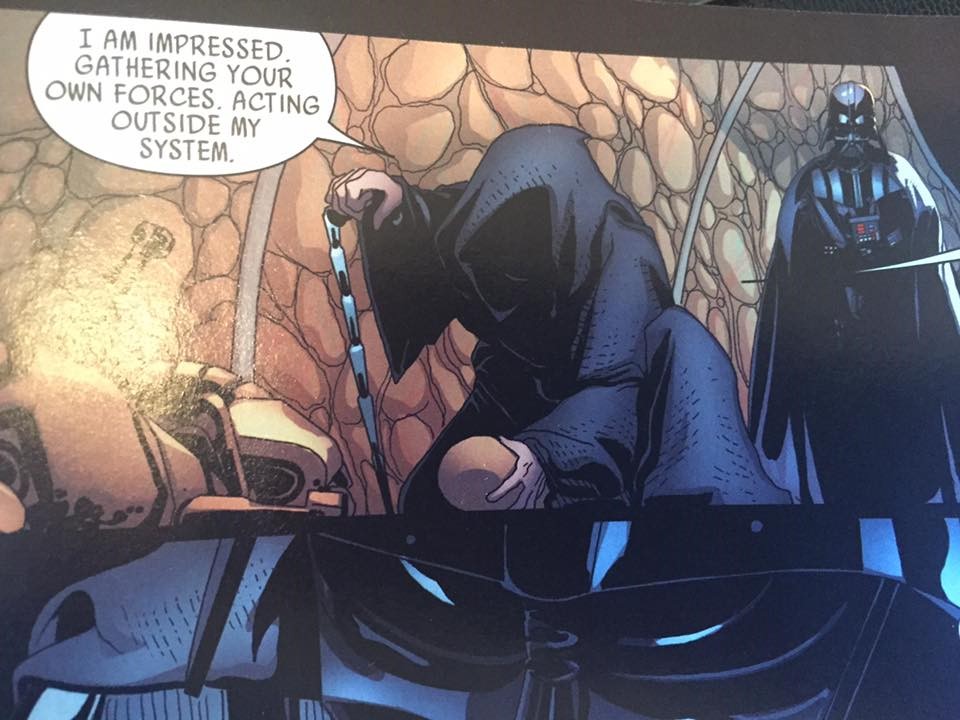 There are a couple of other panels that have brief appearances of the cane, but this panel has the most distinct rendering.

(image from the Vol. 1 trade paperback collection "Vader". Appears to be Darth Vader #4 to be specific)