When Baymax saves Hiro and the pod by using his rocket arm at the cost of getting left behind, he somehow got Tadashi's memory card transferred to his rocket arm.

How did he do that without going berserk kungfu mode?

The short answer is that Baymax doesn't need the discs to function, they appear to simply be backups with various information on them that's not part of his core programming, in this case 'health care data' on the green disc and 'karate data' on the red disc.

before his disc is reinserted. This shows that he can quite happily speak and move without either of the discs in place. 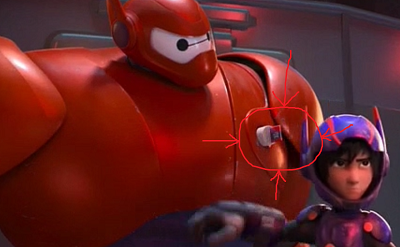 It stands to reason that Baymax simply copied his personality and experiences over to the green disc when Hiro wasn't looking and also presumably discarded the red disc at the same time.

In universe answer: Because seeing his vulnerability, Baymax had used the very reasonable countermeasure of copying the contents of each memory chip to each other, thus achieving redundancy.

Out of universe answer: Because, sigh, Disney needed a last minute drama sequence to jerk your tears. To be honest I was wondering in that entire scene why Baymax didn't just tell Hiro to take his memory chips, and thus spare the kid a lot of unnecessary trauma. But hey, I guess pretending to die is a well known healthcare technique in Japamerica.

The robot "NEEDS" a command from Hiro to go all Kung-fu crazy.

Hiro TOLD kim to kill. That is a violation of every law of robotics.

I'm speculating here as it wasn't shown on screen but the robot simply followed the 3rd law to the letter and therefore nothing bad happened.

Not the answer you're looking for? Browse other questions tagged big-hero-6 or ask your own question.