Who put on costumes first, Batman or his enemies?

In the Batman stories, we have several characters in costume, such as Batman himself, as well as the Joker, the Riddler and the Scarecrow, just to name a few.

Who put on costumes first? Are the Joker and company copying Batman, or did Batman choose to put on a costume in order to match the villains?

The answer is "both."

It just depends on what continuity you're talking about.

For example, in the Nolan movies, they make it quite clear that Batman's presence is what caused the "escalation" of the villains.

Jim Gordon: And, you're wearing a mask. Jumping off rooftops.

Now, one could make the argument that at least a few costumes pre-date Batman's appearance (such as Scarecrow, who was in operation before Bruce returned to Gotham), but those are not fully-costumed and they didn't seem to inspire anyone else to start. It's clearly Batman who made costumes a thing in that universe.

Then again, in some continuities, costumed villains (and even other heroes) pre-date Batman significantly, sometimes by generations.

For example, the recent Court of Owls storyline revealed a secret society that had been operating in Gotham since its creation, and whose members wore masks and employed costumed assassins.

There's also a current arc in the Batman comics which seems to be hinting that...

the Joker may have existed for over a century

...which would again predate Batman by quite some margin.

And really, depending on how you define "costume," there might always have been people in costume. For example, would you consider a man in ceremonial robes who surrounds himself with ninjas in the 20th century to be "in costume"? 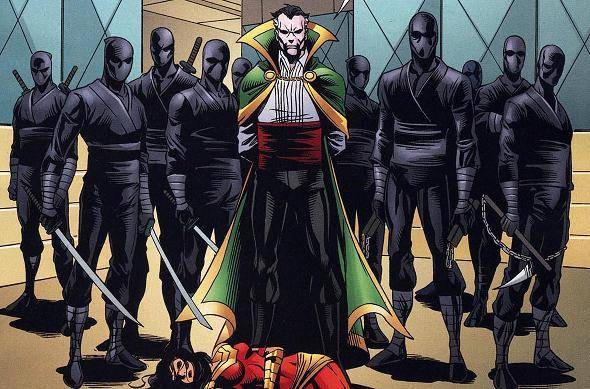 Certainly it's a unique and theatrical set of clothes, worn to be iconic and memorable, which would seem to fit the definition.

And at what point does a black mask and a business suit become a "costume" for the Black Mask? 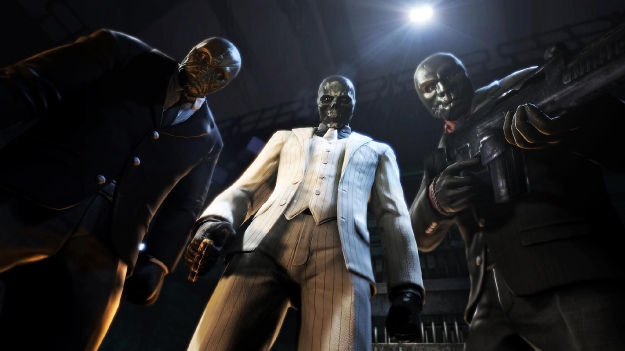 as with most "which way did this happen" questions in comics, it just depends on what continuity you're talking about, and how you define the parameters. It probably happened every possible way at some point in some universe, because these are legends that are constantly being re-imagined by new storytellers, and everybody loves a new take on a familiar myth.

Based on the very earliest Batman comics we can identify that Batman's costume did indeed pre-date those of his enemies.

In Batman's 13th ever appearance (in Detective Stories #40 : 1939) he faces an enemy known as Clayface, an actor who has intentionally obscured his appearance by putting mud on himself. 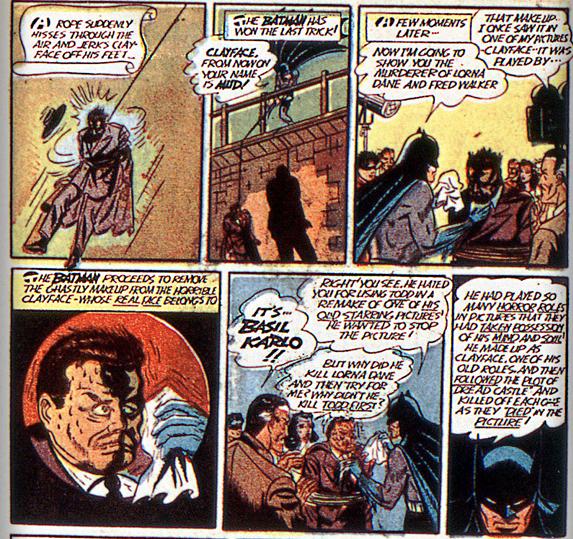 Prior to that he did face other two other costumed villains (the Mad Monk and the Duc) but since both were arguably wearing clothing that was period relevant, it's not certain whether they meet your criteria.

38
Is it true that Batman's supervillains exist as a reaction to Batman himself?
4
How Many Batman Canons Are There?

10
In which Batman comic does Robin touch a mirror to discover himself?
38
Is it true that Batman's supervillains exist as a reaction to Batman himself?
13
Why are heroes without supernatural powers considered “super” heroes?
11
Who are these classic DC characters?
16
Do the events of The Dark Knight Rises prove Joker was right?
11
Do Batman villains typically have super powers?
4
How does Nygma fake Stickley's suicide?
72
Do the villains know Batman has no superpowers?
17
In what continuity does Joker want his "g** d*** electric car"?