When was the S emblem added to Superman's cape?

Superman has always had the 'S' emblem on his chest. When was it added to his cape? How long has the Superman emblem adorned his cape? I seem to remember his cape with and without.

Superman's symbol first appeared on his cape in the 1940s, when Paul Cassidy redesigned Superman's suit. It premiered in Action Comics #26. This included a redesigned symbol that was more diamond-shaped than the previous two symbols, and the addition of the symbol to his cape instead of just on his chest.

Since then, it has appeared on and off his cape, with it typically not on his cape in live action movies. It's been suggested that in the newer movies Superman Returns and Man of Steel, the symbol has been absent to make the CGI animation of the cape easier to render. Whereas only some of the prop capes in the Christopher Reeves films lacked the symbol, because they weren't going to be shot from behind (see "The Cape" section). One could make the assumption that the symbol is sometimes left off of other animated or illustrated versions of Superman's cape for a similar reason: to make the artwork easier to complete.

However, Superman merchandised clothing, such as costumes or children's pajama's with removable capes are likely to have the symbol on the cape regardless of the costume of the current incarnation of The Big Blue Boy Scout. This makes the product more marketable and recognizable.

A great example of having the symbol when it doesn't fit the costume is "Man of Steel" style pajamas. In the movie, there is no S shield on his cape. However, in these pajamas there is one. The unique design of the "Man of Steel" S shield lets us know that this product is indeed meant to be designed after the styling of the movie, and thus the cape's symbol is erroneous or at the very least superfluous. 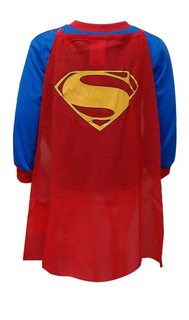 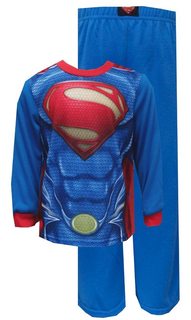 Still image of Superman's cape from Man of Steel. No symbol present.

Justice league: Throne of Atlantis from 2015 is the first cartoon I saw it in. 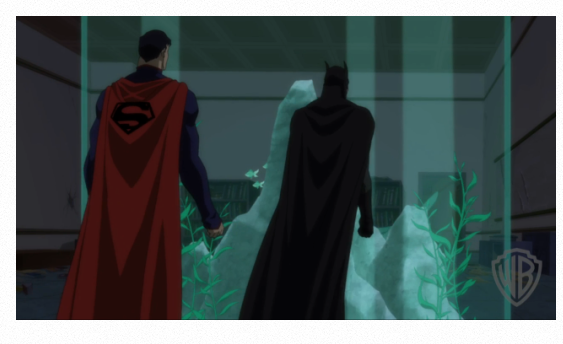 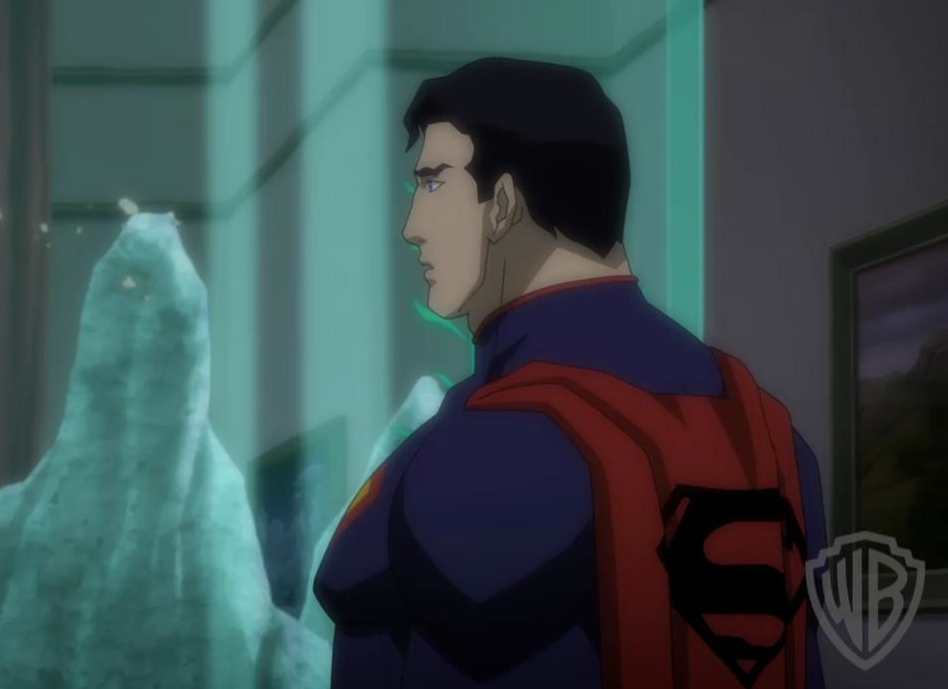 4
When was Superman's first use of heat-vision?
6
Was Superman's landing in Smallville intentional according to canon?
22
How did Martha Kent modify the Kryptonian blanket that became Superman's costume?
8
How does Superman fasten his cape to his costume?
10
Why did Jonathan and Martha Kent attach a Cape to Superman's costume?
12
Did Batman use his cape to glide before The Dark Knight?
3
Do any members of the Legion of Super-Pets have Kryptonian capes?
14
Has 616 Spider-Man ever had a cape?
9
Superman's Morality: Has the idea that his morals are in a sense also super been discussed?