So this question is partially a two parter.

1. Do chi-powered abilities act like magic in the world of Superman?

2. Given that superman is known to be weak to magic, is Superman affected by chi-powered abilities in much the same way?

I am curious too if there was ever anything in the comics or canon of Superman where he had fought someone with ninja-like abilities (especially similar to those seen in Naruto).

In The Question (Vol 2 #1-6) we see Luthor building a chi-based weapon. Superman later acknowledges that it could (theoretically) have hurt him, although he doesn't seem especially worried about it. 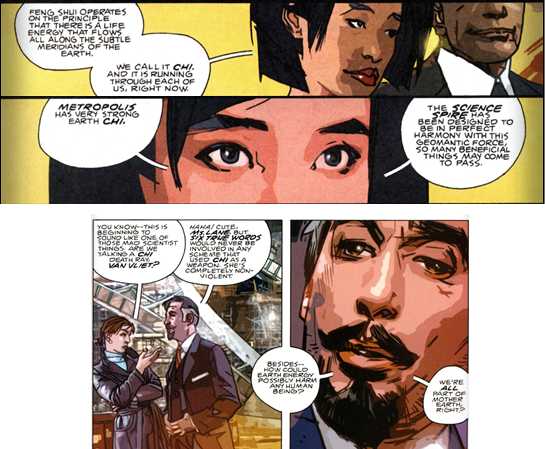 And in The Lois and Clarke : The New Adventures of Superman episode "Chi of Steel", we encounter Chen Chow, a ninja-like thief who uses the power of chi (chanelled through two bracelets) to fight superman. It's very effective.