90s (or earlier) book: mixed lot of prisoners have to come together on an uncolonized prison planet

Not much to go on and I'm just looking for maybe a direction to look in. I read this book almost twenty years ago (in the 90s) in Lincoln, Nebraska, and it's been in the back of my mind ever since.

All I remember is a bunch of people were sent to a planet and I believe a lot of them were prisoners. But a mixed lot. It wasn't colonized ever so they had to come together to live, against the world and its inhabitants.

Not much to go on but I remember it being a good book. 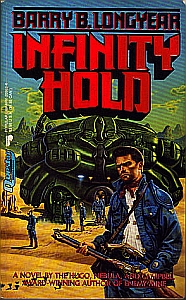 From one of the reviews on the Amazon link above:

In 2115 Bando Nicos is a twenty-seven year-old inmate of "The Crotch", the Union of Terran Republics' prison for incorrigibles in Greenville, Mississippi. Like many other prisons, The Crotch is shut down and the entire population deposited on the planet Tartaros, named for the lowest level of hell, the galaxy's dumping ground for the unwanted. Soon after they are abandoned in the sandy desert of Tartaros, the seventeen thousand-plus population is reduced to three thousand. The remaining "sharks" decide they must band together if they want to survive, and elect a leader who makes Bando the first police officer of the newly-christened Razai gang. With the help of pre-teen killers, homicidal maniacs, and political dissidents, Bando makes up the brutally simple Law of the Razai as they travel in search of a place of refuge. In between trials and fights for survival against the gangs already in residence, Bando and his compatriots must think about the meaning of justice, and Bando examines his own heart to see if he is worthy of the trust placed in him.

5
Two humans from another planet, lovers from a long time ago
8
90s (or earlier) book: humanity split between 3 factions (China, America, Russia) which colonized space, and have telepaths/telekinetics individuals
10
Book based on a waterworld with a monstrous overlord
7
Book set in a medieval VR world where the main character goes to the physical server to play for a better connection
4
90s (or earlier) book/novel: daily memory loss and a device called the Memory
21
70's/80's story about a high ranking prisoner of war on a prison planet
7
Book about a guy in prison, on a jungle planet, with black light-absorbing walls?