I saw this on TV in mid 90s I think. One or more people travel to another celestial body (might or might not be the/a moon or mars), they find an American football. The football transforms into a robot that is hostile. They later find LOTS of these footballs/disguised robots.

Since there are lots of robotic projects with "football robots" or "hand-egg robots", it is very hard to filter search results using Google etc.

On July 20, 1969, during the last phase of the Apollo 11 mission to the Moon, a robotic eye emerges from the lunar soil and takes notice of the landing module as it takes off. The eye buries itself again.

Decades later the Space Shuttle Camelot encounters a derelict spaceship in orbit around Earth. Mission commander Colonel Jason Grant (Walter Koenig) leaves the shuttle to investigate. He discovers a reddish-brown pod and a mummified human corpse. Both things are brought back to Earth, where it is found that they originated on the Moon some fourteen thousand years ago. Shortly thereafter, while being unattended, the pod comes to life. It builds itself a cybernetic body with parts from the lab and pieces of the ancient corpse. The cyborg kills a lab technician and exchanges fire with security guards before Grant destroys it with a shotgun blast to the head.

Using the last completed Apollo rocket, Grant and fellow astronaut Ray Tanner (Bruce Campbell) go to the Moon on a search-and-destroy mission. They discover the ruins of an ancient human civilization. Inside, they find a woman in suspended animation who identifies herself in a rudimentary fashion as Mera (Leigh Lombardi). Mera later reveals the name of the killer cyborgs — the Kaalium. They survive the attack of a spider Kaalium and return to the landing module, with Mera wearing her own spacesuit but it turns out that the Kaalium have stolen the module. The Kaalium also shoot down the command module, leaving the astronauts stranded on the Moon. In subsequent attacks by the Kaalium, Tanner is killed, Grant and Mera are taken prisoner, and the Kaalium head to Earth.

Grant frees himself and rescues Mera from certain death at the hands of a cyborg. In the meantime, the Space Shuttle Intrepid is launched to intercept the approaching alien ship. Grant and Mera look for the control room and find the landing module, which has been adapted into the alien machinery. Grant supposes the module was the last piece of equipment that the Kaalium needed to complete their ship. He starts the module's self-destruct sequence and as they are attacked by a Kaalium crew member, discovers that he can use his gun as a rocket to get away. He and Mera exit through a breach in the hull. The ship explodes after they have reached safe distance.

Some time later, Grant and Mera are shown as a couple living on Earth. Mera, having learned to speak English, explains that she was put in stasis to warn others about the Kaalium. Grant tells her that she does not have to worry anymore, that it is over and hugs her. One of the pods survived the explosion and is now in a junkyard preparing to build itself a new body.... 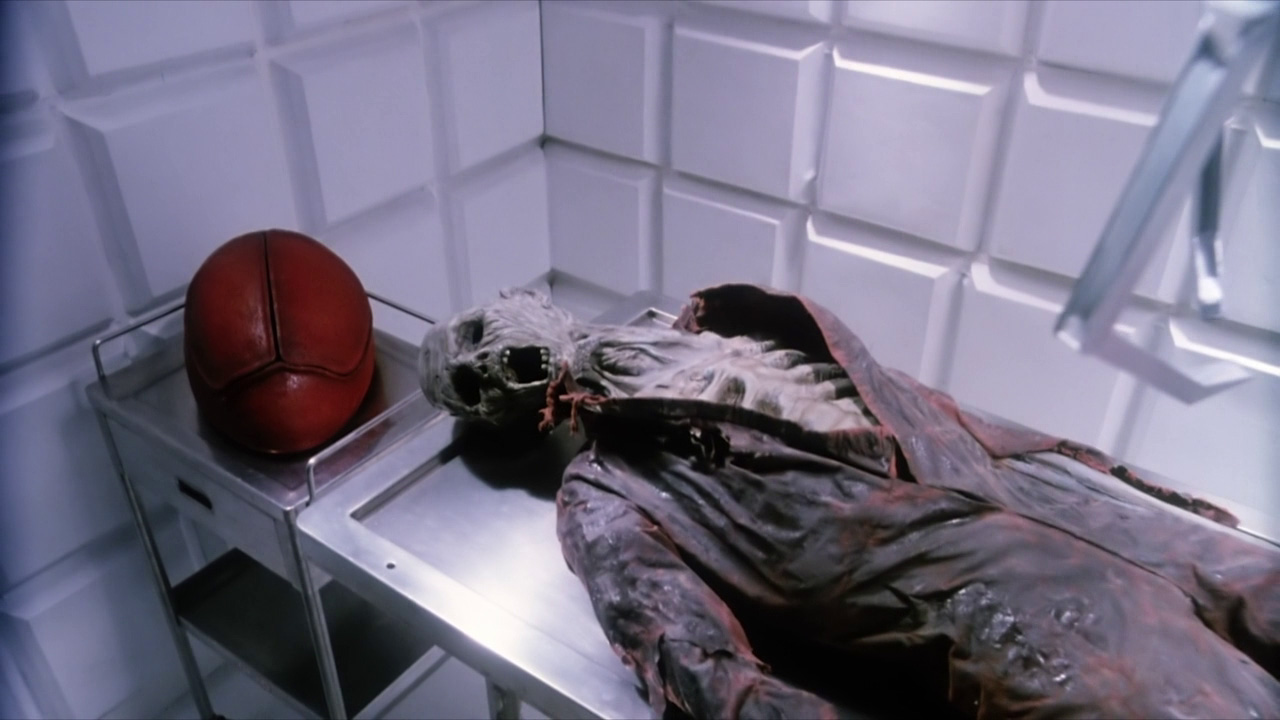 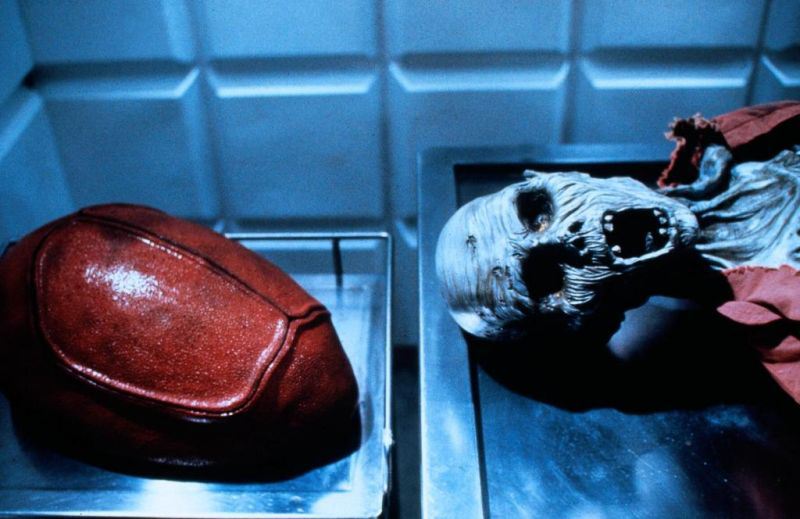 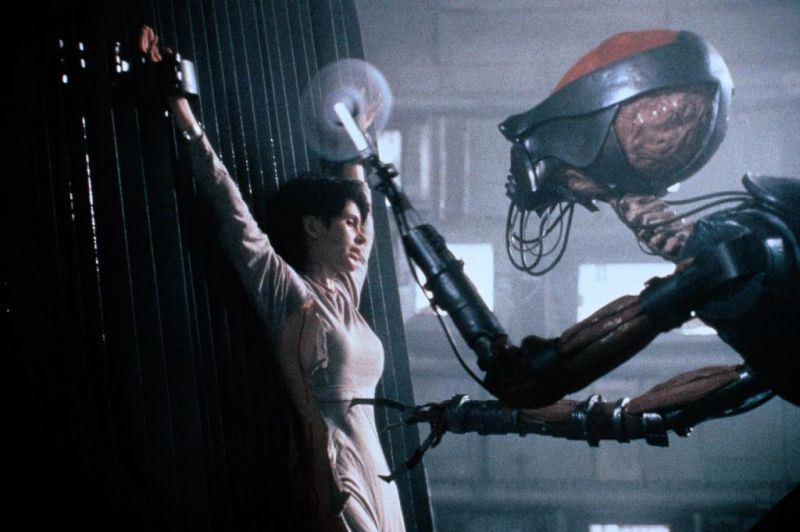 15
Sci fi movie where a killer robot wears the face of the main character
9
(80's-90's) Spaceship heading for earth with pods containg a small robot that can build a cyborg/robot from the surrounding enviroment
5
Sci-fi movie from 1980's about killer robot in space
3
Movie where an object is recovered from space and brought back to earth
6
Alien movie - suit with a saw, egg in the desert

10
Looking for name of sci-fi/horror movie about alien disguised as father
5
Older SciFi Movie: Marooned rocket crew battles hostile humanoid natives
6
Story with time-traveling vampires
8
Anime movie about space aliens and robots
5
Movie about aliens disguised as humans that turn out to be allergic to latex
8
Movie about robots who can get pregnant and motorcycles throwing their drivers in the air