Why is Thor's hammer blue in his Age of Ultron poster?

I saw some of the posters for Avengers: Age of Ultron recently, and one was of Thor holding his hammer. Now, intriguingly, his hammer is shown blue as in the picture below: 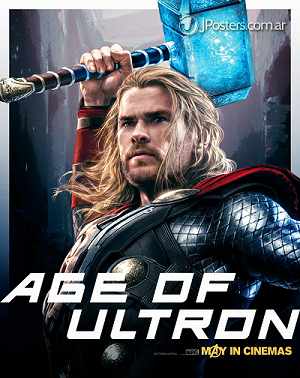 It appears like the Tesseract has fused itself with the hammer or something like that. Does this relate to the comics or something to do with Thor : The Dark World or something else entirely?

Why is it blue?

To start with, this coloring is likely just for the benefit of the poster, as those often have no real resemblance to the final movie, apart from having the same actors. In particular, as @Richard points out, these posters are not stills or modified stills, they were drawn by an artist to "represent" the characters from the movie. I would not put too much stock in the imagery, since it was likely chosen because the artist liked it and it looked cool.

As far as what the glow is supposed to represent, to me, this image strongly resembles the imagery for an early Thor: The Dark World poster: 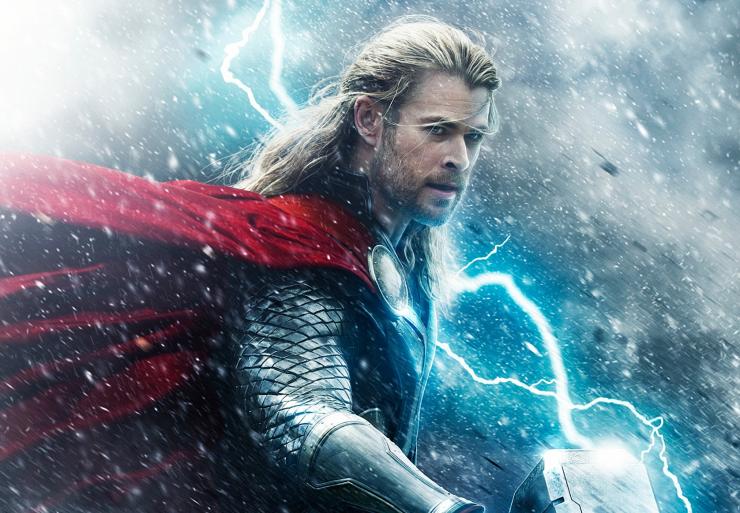 The blue glow is the same color as the SFX lightning being channeled through the hammer; though the hammer itself isn't completely aglow. I suspect that's the kind of image the Avengers: Age of Ultron Thor poster is going for: the hammer is glowing with magical energy from being used to throw lightning.

You'll note that the hammer's glow effect looks very similar to both the Tesseract and Loki's scepter, both of which we know are Infinity Stones, which IMO marks that glow as a "generic blue energy effect."

Lastly, I'll point out that a similar coloring effect is found in the Black Widow and Iron Man posters in the same series. Most likely this was just a visual element the artist liked, that thematically fit with other similar effects from the MCU, and so was used use to represent "generic plasma-ish energy". 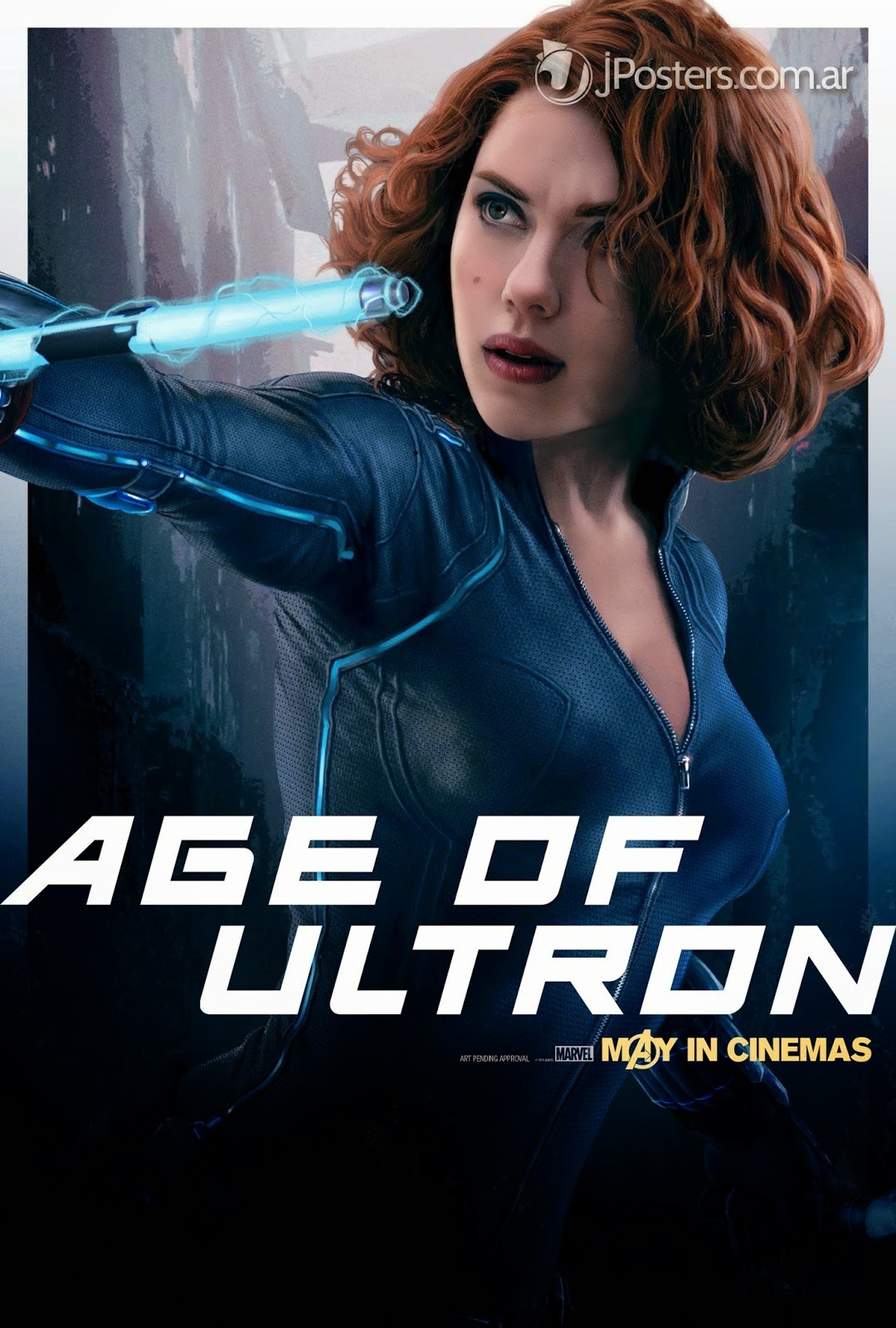 Not the answer you're looking for? Browse other questions tagged marvel marvel-cinematic-universe avengers thor-marvel avengers-age-of-ultron or ask your own question.

8
What Marvel movies foreshadow Avengers: Age of Ultron?
2
How is Thor's hammer imprinted?
8
Is there something in the Marvel universe that could cut vibranium in half?
11
Why didn't Tony actually try Thor's fingerprint?
13
Is there an Avengers Illuminati reference in Age of Ultron?
9
Why does Bruce Banner say he is part of Vision?
17
Why does Mjolnir fall down in Age of Ultron but not in Endgame?
4
What color is Vision in the MCU?