In the Wheel of Time series, what is a dragon?

We know Lews Therin Telamon is called the Dragon in the series, but what does that mean to the people of the world?

As far as I remember in the books, there are no monsters known as dragons. There is also no mythology mentioning dragons.

Does any of the source material ever tell us what a dragon is, and approximately how a dragon would be depicted in the setting?

Are there any dragons (like real dragons (=animals)) in Rand's world? If not where did they get the idea of dragons?

There are no animal dragons of any kind in this world. The people speak of a man called the Dragon. They know that the banner that has a certain creature on it was the banner of this man and they have taken to calling this creature the dragon. To them it is a simple association with the name of this man.

Lews Therin Telamon's flag had this creature on it, 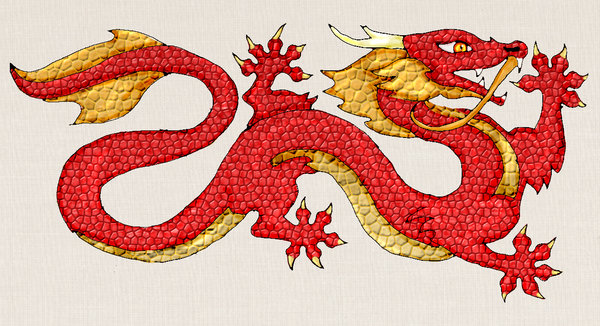 based on Robert Jordan's answer in the above interview this creature was labeled the dragon AFTER Lews Therin was named the Dragon. Therefore, this creature, whether it existed or not, is named after a person, not a species.

Based on the later books in the series, it seems very likely that "dragons" depicted on banners and buckles are based on real, albeit historical creatures.

Egwene encounters a museum piece that resembles, but dwarfs the rakens, suggesting that their kind (or something similar) used to be substantially larger:

What appeared to be a stuffed brown owl, not much bigger than Egwene's hand, stood on what seemed to be a bleached white lizard's skull, but could not be, for the skull was longer than her arm and had crooked teeth as big as her fingers. - The Dragon Reborn

Whatever the reason, it did not help her search. What she was after had to be somewhere in this huge hall among all these displays. Pulling her eyes away from what looked like the bones of a toothy lizard ten paces long, she closed them. The Dragon Reborn

It seems highly likely that people have based their depictions of dragons on these creatures.

Rand picked up what she had thrown and turned it over in his hands. A belt buckle in the shape of a dragon, ornately made in good steel and inlaid with gold. "Thank you. It's beautiful. Aviendha, there is no debt to cancel." - The Wheel of Time : The Fires of Heaven

“I am aware of the threat,” Rand said flatly, holding up the stump where his left hand had been. The metallic gold and red tattoo of a dragon’s body sparkled in the lamplight. Its head had been consumed in the Fire that had nearly killed him. - The Wheel of Time : The Gathering Storm

The high collar of his black coat held a silver pin in the shape of a sword on one side, and on the other a red-and-gold pin shaped like one of the creatures that entwined the Coramoor’s forearms. A dragon. Yes, that was what it was called... [later] ... a gold-inlaid buckle in the shape of a dragon fastened his swordbelt, and he had the Dragon Scepter in hand, a two-foot length of spearhead with a long green-and-white tassel below the polished steel point. If the Daughter of the Nine Moons recognized it for part of a Seanchan spear, she must also see the dragons that Maidens had carved winding around the remaining haft. Today, he wore no gloves. The golden-maned dragonheads on the backs of his hands glittered metallically in the sun....[later] a sinuous red-and-gold figure, a dragon, on his tall black collar gave them a minimal bow. - The Wheel of Time : Knife of Dreams

A burst of wind swirled into the bowl, making cloaks flap and rippling the banner out to its full length. For a moment the creature on it seemed to ride the wind. A four-legged serpent scaled in gold and blue, golden maned like a lion, and its feet each tipped with five golden claws. A banner of legend. A banner most men would not know if they saw it, but would fear when they learned its name. - The Wheel of Time : The Dragon Reborn

tl;dr: it's the same legendary creature as the Chinese mythological dragon.

Thus, it makes sense that certain universal mythological archetypes would survive across all those ages. The concept of "dragons" appears to be one of those things.

The people of the Second and Third Ages recognize the mythical creature that we call a dragon (specifically, the Chinese variation of a dragon, not the more European version you see in most modern fantasy movies). Where this legendary creature comes from is, of course, never specified, because it's a myth. It would be like asking where our myth of the Griffin or Unicorn came from.

The shape of the dragon on Lews Therin's banner, the one that Rand later finds and uses, is described many times, and it's clear from that description that it's a Chinese-style dragon. You can also see the banner on, for example, the cover to Path of Daggers: 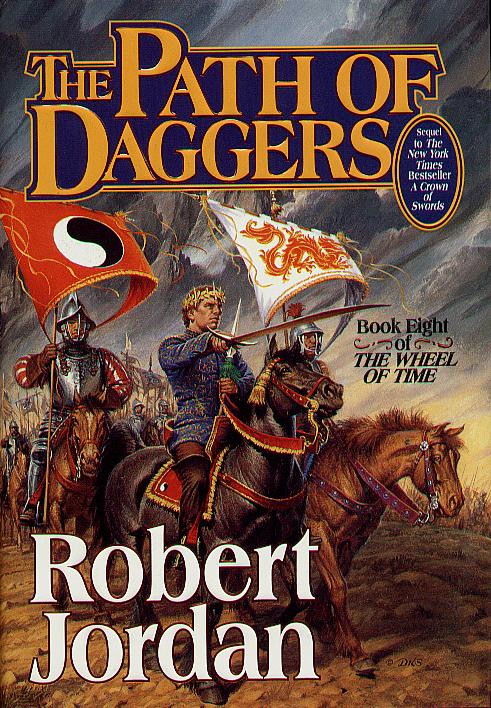 From The Shadow Rising. Page 172, where Rand is trying to figure out what he needs to do based on prophecies. He looks at his branded palms and recites the Prophecy of being marked twice. Then thinks:

But if the herons "named him true", what need for Dragons? For that matter, what was a Dragon? The only Dragon he had ever heard of was Lews Therin Telamon. Lews Therin Kinslayer had been the Dragon; the Dragon was the Kinslayer. Except now there was himself. But he could not be marked with himself. Perhaps the figure on the banner was a Dragon; not even Aes Sedai seemed to know what that creature was.

So in-universe it's safe to say no one really knows what a Dragon is.

I happened upon this quote in The Shadow Rising and thought it was pretty interesting. It's from Egwene's point of view when she is in Tel'aran'rhiod.

"She took a closer look at the huge skull. She had grown up in a country village, and she knew what animal bones looked like. Not four eye sockets after all. Two seemed to be for tusks of some kind instead, on either side of where its nose had been. Some sort of monstrous boar, perhaps, though it looked like no pig skull she had ever seen. It had the feel of age, though; great age." pg. 208, What Lies Hidden

This is, in my opinion, definitely a dragon's skull and could be Robert Jordan hinting that actual dragons did exist at one point in the world. Although they are extinct in the time period of the story and probably had a different name before they died out. Only after Lews Therin took the name Dragon and used the creature as his banner did the animal acquire the name dragon as well.

24
In the 'Wheel of Time' series, what is the game of stones?
8
What were the questions and answers the Aelfinn gave to Moiraine?
7
Is Rand al'Thor one of the Heroes of the Horn?
7
What is the 'Voice' and how does it relate to the 'Song'?
6
Calendar in the Wheel of Time series?
5
Does The Karaethon Cycle Actually Say The Dragon Must Die?
17
How was the “Kinslayer” in Lews Therin remembered?
12
What are the effects of balefire on inanimate objects?
9
Mat Cauthon's memories of Manetheren