Does Superman have a son?

In the movie Superman Returns, Lois Lane's son is shown to be the result of Superman getting his super on in Lois Lane at some point in the past. Is there any comics reference to this? Do Superman and Lois ever have a kid (which he doesn't know about) in the comics?

Yes, this has happened quite a few times, including adoptions. As far as I know, the only one that has occurred since the New 52 reboot is Jon Lane Kent. 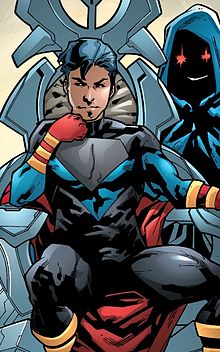 The latest incarnation of Superboy in the New 52 is Jon Lane Kent, who is Superman's son from an alternate future. In this series, he's actually more powerful than his father, because he was born under a yellow sun but has his father's Krpytonian genetics. The majority of the story takes place in the future, and Superman features only in flashbacks of an occasional crossover.

I believe he dies in the latest issue of Superboy.

Also, the previous Superboy in the New 52 was a clone of Jon Kent named Kon-El, who was genetically engineered from Kal-El and Lois Lane, arguably making him also their son.

There are literally dozens of other cases where Superman is depicted as having children. Typically, these are single-panel images, showing "Superman's happy ending", and often the children are adopted. In many of these stories, Superman has a child with Wonder Woman, not Lois Lane, presumably on the theory that another superhero would be more likely to.. survive? ... the process.

One significant departure from this is the Elseworlds story Son of Superman: 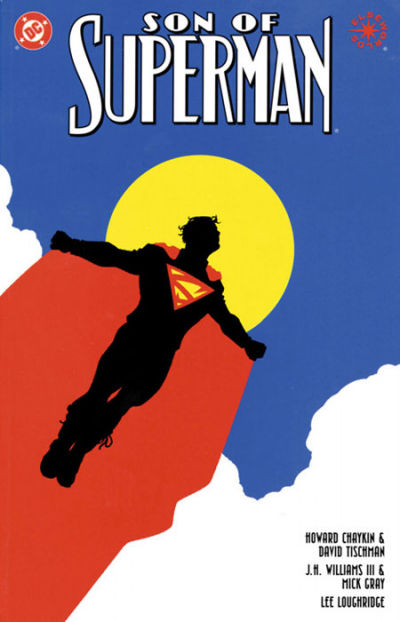 This story also feature Jon Kent, son of Kal-El and Lois Lane. However, the Elseworlds stories are well outside the mainstream continuity, taking place entirely in their own separate universes. (In this story, for example, Pete Ross and Lana Lang are terrorists, funded by Wonder Woman, and Lex Luthor runs the Justice League.)

Since Mike wrote his answer, another iteration has debuted in the current DC main continuity: Jonathan Samuel Kent 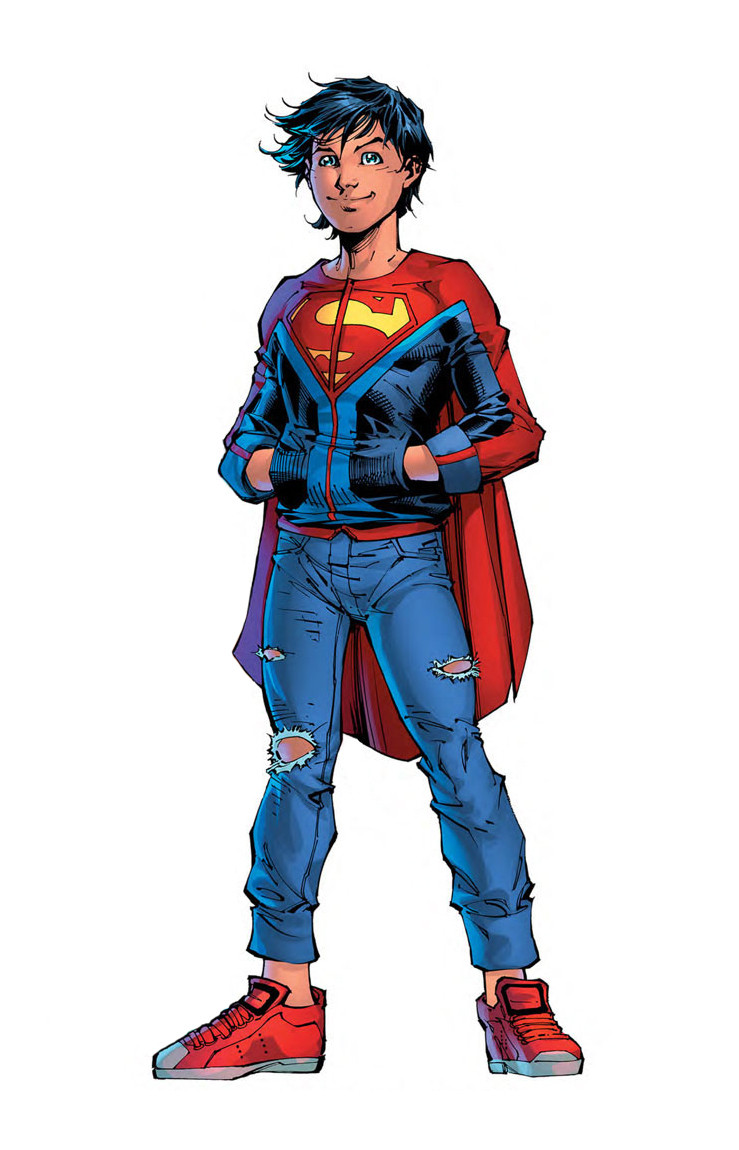 Jon is the son of the pre-Flashpoint versions of Superman and Lois Lane. These versions of characters were reintroduced during the 2015 Convergence crossover event. At the conclusion of Convergence, Lois gave birth to Jon, and they all resettled into the current continuity.

Their arrival in current continuity was a retcon: they arrived several years before 2015's storytelling. This allowed the family to establish a life in the background of the New 52 world, and for Jon to grow into childhood.

In 2016, a series of events propels the family into the foreground. Jon's mother's anonymous reporting on the machinations of Intergang draw unwanted attention from that quarter. The native New 52 Superman apparently dies, and has not, as yet, been revived. This pushes Jon's father to take on the Superman mantle publicly. Jon's powers begin to manifest for the first time. New 52 Lois Lane apparently dies, pushing Jon's mother into that role.

As of this writing, Jon's activities as Superboy are still in their early stages, but he is now an established part of the current continuity.

So, Jon is the first time that the character actively featured in Superman and Action Comics has had a biological child in the present time, in continuity. However, Superman does know about his son, and (to the best of our knowledge) has since before his birth.

-1
Can a kryptonian male and a human female conceive a child while on earth?
-1
Is it possible for Supergirl to have sex or offspring?

17
Does Lois Lane Know Who Superman Is (In Any Versions or Reboots)?
9
How many female romantic interests with initials "L.L." were there in Superman's life?
6
Why did Superman & Supergirl start to suffocate instantly when Luthor made our yellow Sun red?
5
Who told Clark about the bullet train problem?
15
Who originally named Superman?
33
Superman computes pi
15
Why does Superman love Lois Lane?
19
Has either Batman's or Superman's identity been accidentally revealed by someone in the comics?
18
Superman poisons his son with kryptonite to make him "normal" after son was enhanced by mad scientists