Why is there Iron in Iron Man's name when there's nothing iron about it?

Iron Man's armor isn't made of iron. Then, why is his name Iron Man?

I am looking for in-universe answer.

Was the armor of Iron Man made of iron in early comics?

Simple: it was a catchy headline.

We see the origin of the "Iron Man" name in the MCU, and it's a newspaper that Tony is reading at the end of the first movie. He has nothing to do with the name, he just adopts it when he tells the press "I am Iron Man", referencing the name they gave him. Even Tony Stark highlights the fact the name is wrong.

Tony Stark (reading the newspaper): "Iron Man." That's kind of catchy. It's got a nice ring to it. I mean it's not technically accurate. The suit's a gold titanium alloy, but it's kind of provocative, the imagery anyway. 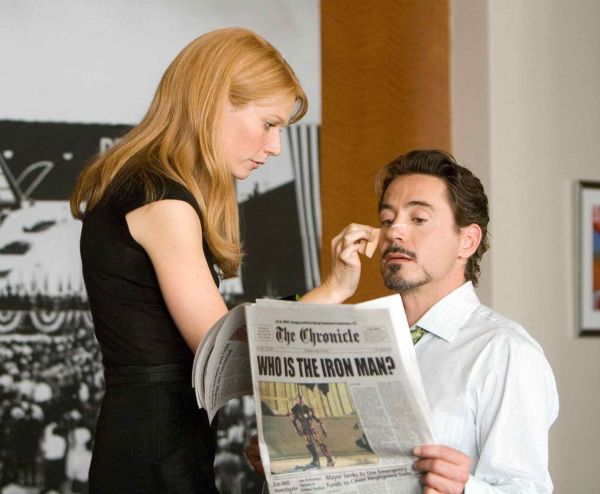 In the comics, the answer may be different, but in the MCU it's clearly got nothing to do with anything but a memorable news article. It's not a reference to the suit's material, or any particular use of iron in the armor. It's just a name, probably referencing the Black Sabbath song, which in our universe came after the comic character's creation, but in the MCU obviously came before Stark's suit was developed.

Also worth noting: it's a small change, but Tony did place his personal stamp on the name when he said "I am Iron Man" instead of "I am the Iron Man" as the newspaper styles it. That's Tony, never missing a chance to tweak, streamline, and make something just a little bit sexier...

Iron Man's first suit was made out of iron, hence his name, Iron Man. wiki This article also talks about his origin's and the creation of a crude suit similar to what we saw in the first Iron Man movie, essentially a crude iron suit. marvel wiki We also know that in the comic book at least the Black Sabbath song came out after Iron Man was first seen in the comics, I believe 63 for iron man and 70 for Black Sabbath's song. Ironman music

Stark's grey armor was the first Iron Man armor he built and (in retrospect) a prototype for the later models. It was built around an iron chest plate designed to prevent the piece of shrapnel he received in Vietnam from traveling to his heart and killing him. 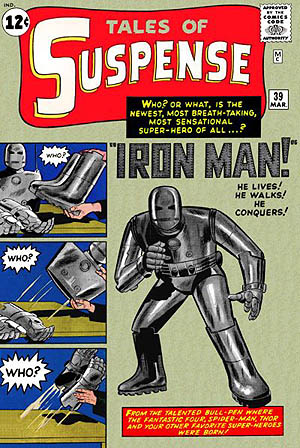 17
What is the armor in the RDJ Iron Man's outfit made of?