I need help remembering the name of a cartoon I used to watch. It was shown on weekday mornings in Australia in the mid 90's. They had space suits and they would fight in outerspace. The characters were human but were also alien. The villain was on the dark side of the moon. The main character was susceptible to become a villain if he used too much of his energy and would lose control.

Did it have something to do with crystals or insect aliens? Sounds partly like Tekkaman Blade. It involved an alien invasion by insectoid creatures, which the titular character fought. He gained his powers from the alien invader's power crystal, which was supposed to brainwash him, but because it was cracked did not. Instead he has a limited amount of time that he can transform until it takes him over. 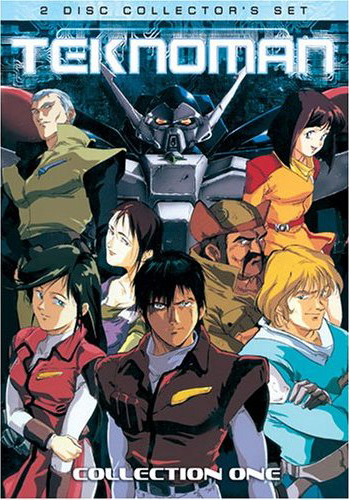 Not the answer you're looking for? Browse other questions tagged story-identification space cartoon or ask your own question.

9
Need help remembering title of 80s-era sci fi anime featuring car combat with Star Wars inspired characters
11
Early 80's cartoon with a robot where a pilot would sit in its head
4
Cartoon about a boy and a girl with mech suits that could merge
8
Cartoon or anime about people with elemental powers who could see auras
7
Cartoon with an evil scientist/doctor
5
Cartoon MC: 2 boy and 1 girl fight evil
5
2000s anime/cartoon where they throw vials that hit a surface and summon beasts
3
Superhero cartoon where a blue-and-white alien combines with the hero