Why do the Danton Black copies come fully clothed?

In episode 2 of the new Flash tv show the team goes up against Multiplex a.k.a. Danton Black.

At some point, Caitlin uses the stem-cell residue on Barry's suit and it grows into a fully clothed empty - at least at first - shell. But even before we had seen Black splitting himself up numerous times.

And they all come out fully dressed!

If the "clones" are grown from stem cells, as Barry's early analysis suggests - which, as he also mentions that stem cells are the most versatile cells, since they can be "programmed" to grow into any cell needed, seems rather clever to me - how do they appear fully clothed? Granted, Black could have worn entirely organic fiber when he was hit with whatever the exploding particle accelerator threw out there, but are human stem cells that programmable that he got clothing out of it?? (keeping in mind they not only grow into clothing, but dye themselves black as well!!)

They really shouldn't be clothed using the mechanics established by the Flash television show. The character of Danton Black (Multiplex) is fraught with media translation issues which confound the existence of the character, his rewritten origin and thus the explanation of his need for clothing and his unexplained ability to replicate clothing. 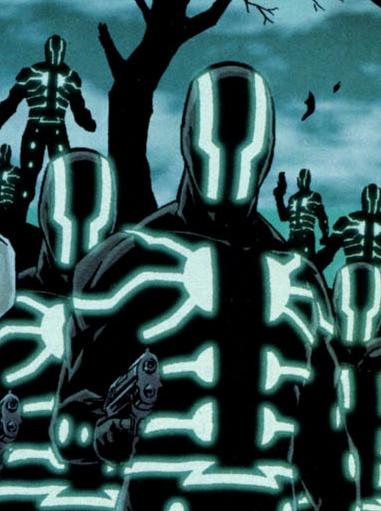 This is a "media translation failure" and happens in comic to movie or television adaptations all the time, since the writers have rarely read the comics and have little invested in bothering to keep track of niggling details like stem cells-creating-clothing-for-their-villain who should be otherwise naked thanks to their oversight.

2
Why didn't the STAR Labs team choose this method to transport the metahumans?
5
Where did the guy with laser eyes come from?
5
Why is Zoom sending metahumans to kill the Flash?
4
Why does everyone still use the name “Jay Garrick”?
22
Why the different colors of speedster’s lightning?
3
Why does Zoom need the Flash, when he has another?
2
Why were the liquids floating in the first episode of The Flash?