In Back In Black, did the Kingpin really underestimate Spider-man in a pure hand-to-hand fight?

In the Back In Black story arc (right after the Civil War), I understand that Peter's probably never been this angry before, but wouldn't Fisk (Kingpin) have anticipated an epic beatdown? The way he carried himself (confidence, putting on his suit) before the fight inside the prison, you'd have thought that one of the most well prepared criminal masterminds would have had a trick up his sleeve rather than take on a rage-driven Peter in a fight. I was almost expecting him to let Peter know that there's another sniper with Mary Jane in the cross-hairs in the middle of the fight.

Nopes, that didn't happen. Fisk actually wanted a fair fight against a person who far outclasses him in the strength and agility department.

What followed was probably the worst beatdowns Fisk ever experienced (including the ones against Daredevil). 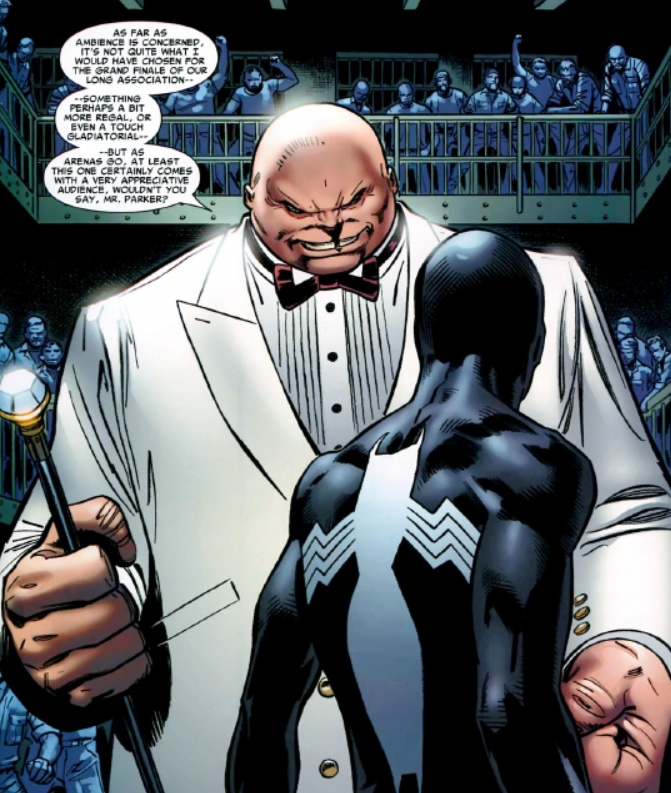 Have previous encounters (where Peter is known to always pull his punches) given Wilson Fisk such a false impression? Or is there something more going on here?

One of the issues with comics is the fluctuating levels of strength characters display. This is true for Kingpin and Spider-Man, as it is true for all other comic book characters.

In the past, there have been previous occasions where the two have battled and Kingpin has fared quite well in hand-to-hand combat with Spider-Man. In some instances, Kingpin has actually won.

It's important to remember that Spider-Man is typically not a brutal fighter. He works hard to incapacitate his enemies. This is the Spider-Man Fisk is the most familiar with, and was likely expecting to battle. It's arguable that Fisk is not aware that Spider-Man is typically holding back. Back In Black, however, saw Peter Parker in rare form - one fueled by anger. He was a more brutal fighter, and generally doing things that Peter would not normally do - things like breaking hands and arms of low level thugs. The situation was exacerbated by Fisk taunting the already enraged Spider-Man during the battle.

As the fight draws on, Fisk starts noticing that Spider-Man is fighting differently.

Spider-Man explains to him that he's abandoning all his usual rules. 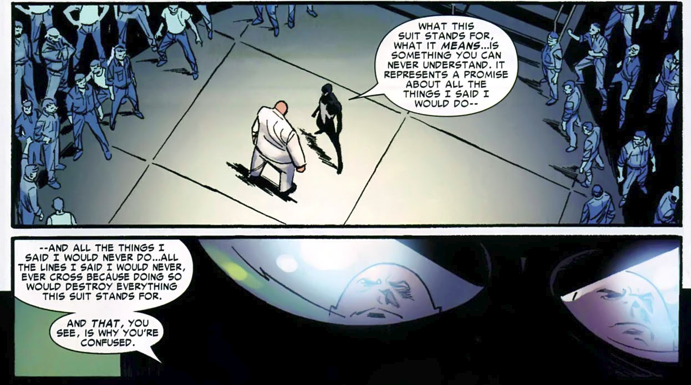 Fisk will be killed by Peter Parker, not Spider-Man. 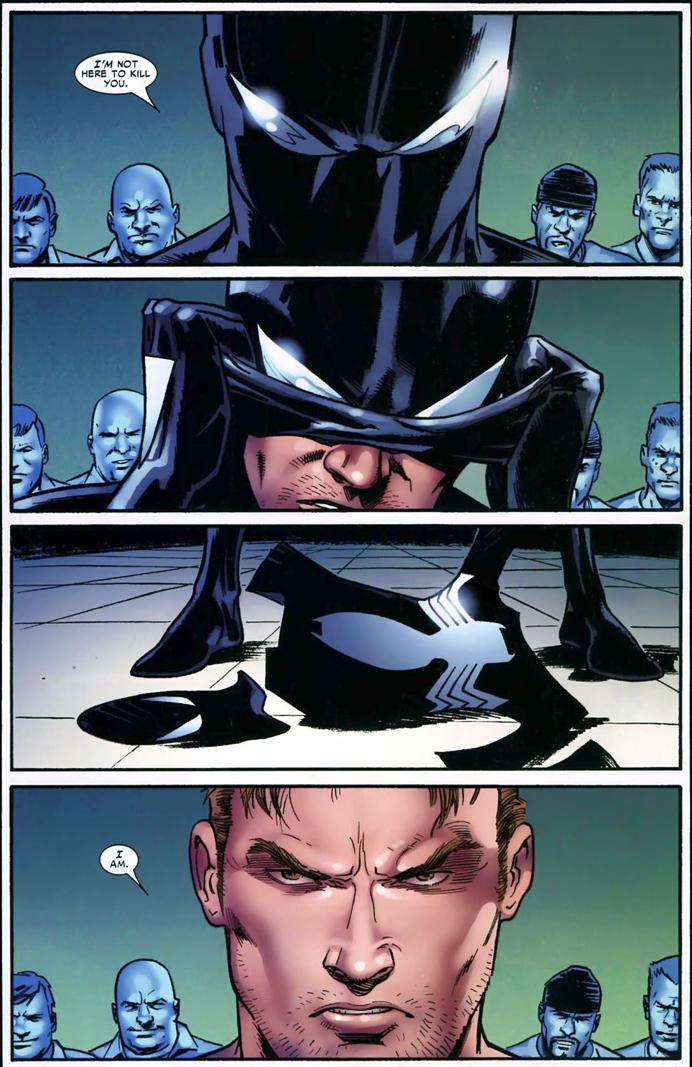 Fisk now understands the gravity of the situation. Spider-Man/Peter is fighting unlike he's ever fought before.

click for bigger so you can actually read the text 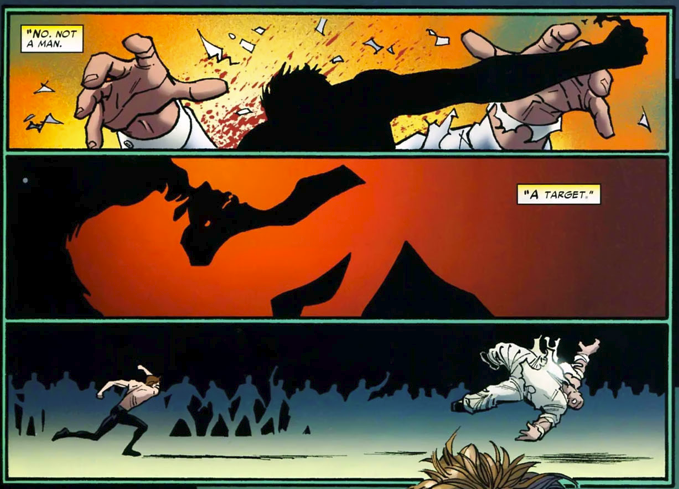 Spider-Man doesn't kill; he incapacitates. But Peter is ready to make an exception.

Fisk underestimated Spider-Man, because Spidey fought in a manner and on a level that he normally never fights on.

1
Have Spider-Man and Captain America ever fought?
7
Spider-Man's Control, Batman's Fist
2
Cases when Spider-Man punches (or attacks) without holding back