Can I have map of Star Wars galaxy showing territory of Separatists and commercial routes?

I have seen lots of Star Wars maps (official and fan-made both), but none of them show clear boundary between The Galactic Republic and Separatists (yes, I am talking about The Clone Wars period).

Also, there are conflicts over Hyperspace Lanes. There are also privately owned routes (just heard about it from friends; not confident).

Is there any official version of a map showing both (preferably free)?

The images below are taken from the Star Wars: The Essential Atlas. As of April 2014, this is no longer considered a fully canon source of information about the Star Wars universe, but it's the best you're likely to see. 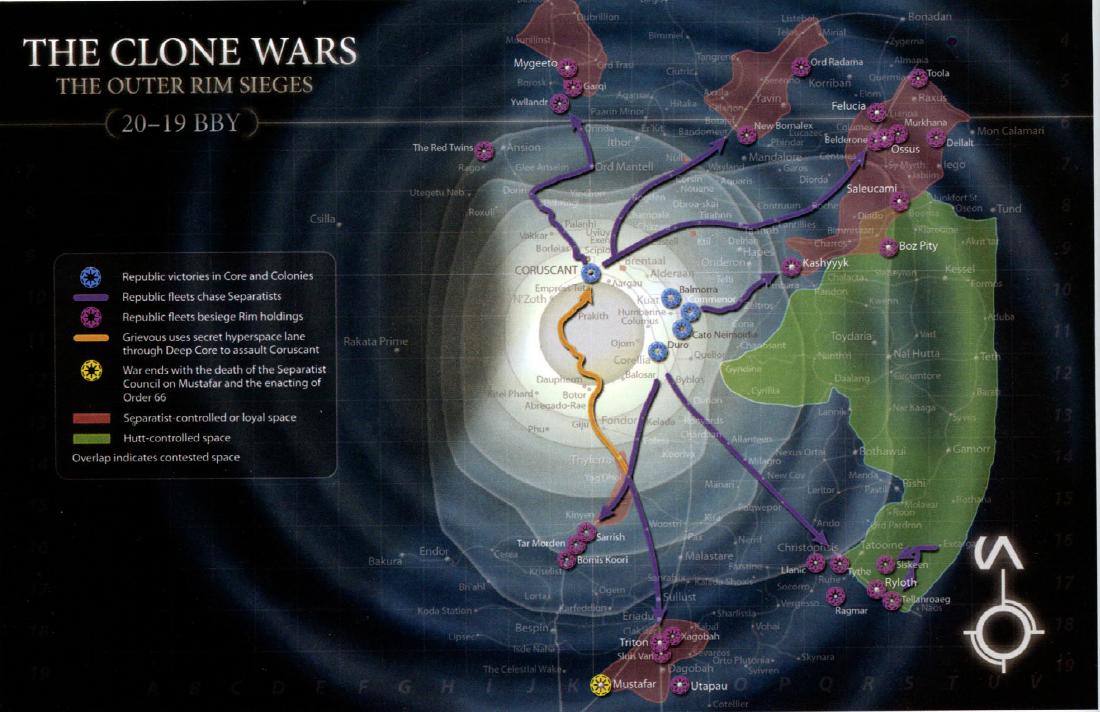 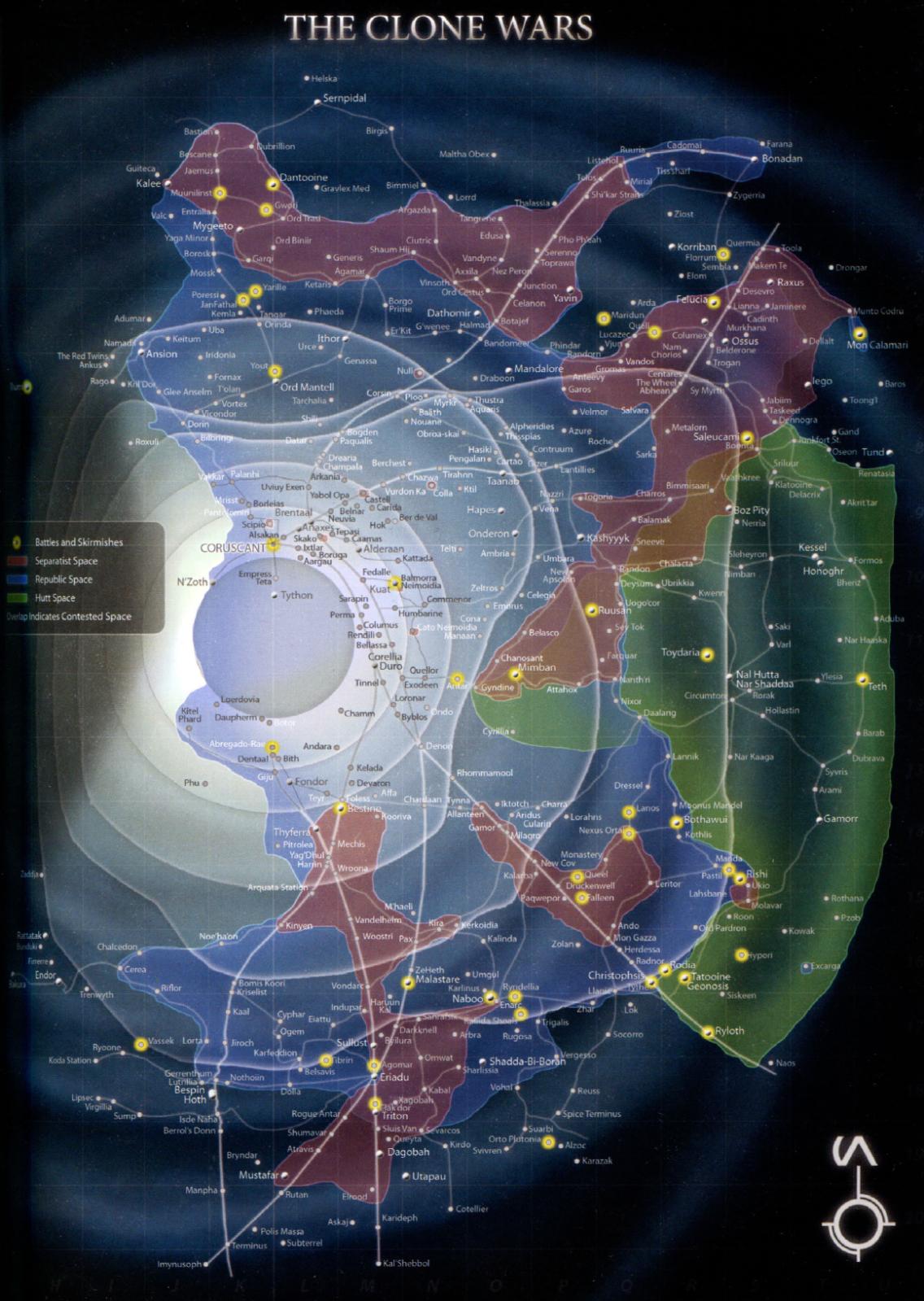