“Chosen girl in a new and strange world” novel

I remember the cover was green. Most likely published in the late 1990s to early 2000s. I remember that it was one of those “chosen girl in a new and strange world” books. I remember it being fairly new. I remember the main issue was some evil something or other destroying planets or something. I remember them (3) standing in some space craft thing trying to make an important decision but the girl not knowing what to do (she must be like 14) and looking to the others for advice.

Could it be "A Wrinkle in Time" by Madeleine L'Engle?

Well, it's been re-released a number of times, but this cover was published in 1998. 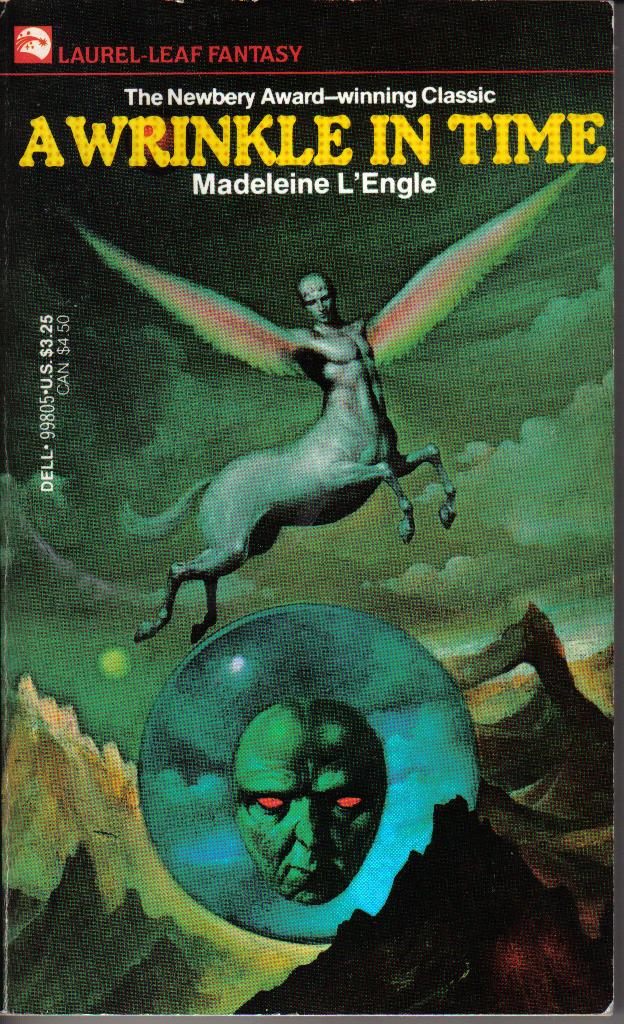 I remember that it was one of those “chosen girl in a new and strange world” books.

The protagonist, 14 year old Meg Murray, and her brother and a friend are taken to a number of strange worlds in search of her father.

I remember it being fairly new.

"I remember the main issue was some evil something or other destroying planets or something."

The big-bad in the story is a personification of evil, called "The Black Thing", which envelopes planets.

6
Book series with a cover of a girl with unusual eyes, who receives a crystal ball
6
SF novel with a boy and girl who undergo an alien challenge
4
Girl finds new world in mere pool?
5
1990s novel about a man trapped in simulated historic New York
6
Kids Book series - Girl babysits a family of monsters
6
Young adult horror novel series where a brainwashed girl turned out to be 100 years old and controlled by some ball lightning creatures