The fates of corporations in the Star Trek universe

As we learned in the responses to the question

Why do people risk death by joining Starfleet if not for money or preservation of their homes?,

the Federation (and Earth in particular) enjoys a post-scarcity economy. As part of this, humans living inside the borders of the Federation do not earn or use money. Picard makes this quite clear in his speech to Lily in First Contact, for example.

My question is about the fate in the Star Trek universe of human corporations, industrial conglomerates, and other profit-driven enterprises that once existed on Earth.

Is there any evidence that these enterprises still exist in some way, shape, or form in the 22nd, 23rd, and 24th centuries? If not, when and why did they disappear? If they do exist, then do they "employ" individuals on a merit-based platform without paying them (much in the way that Starfleet does with its officers and enlisted personnel)?

One might guess that the Third World War in the 21st Century "reset" the economic playing field of Earth and perhaps put corporations into retirement. In Star Trek (2009), however, we see a pristine Nokia phone / communicator in Jim Kirk's stepfather's car (although one might argue that the device may be from an earlier time but still functions, like the car itself).

Referring to the original TOS pilot pitch and the TNG Writer's Technical Manual, we can ascertain that Gene Roddenberry was adamant about two things in particular;

1) There ain't no money inside the Federation. None. All attempts to prove otherwise (usually by citing off-hand comments about 'earning your pay' from TOS) are thus doomed to failure. That provides quite a neat answer to your first question about how people are paid. They aren't.

2) Earth is a garden paradise. The vast majority of industry in the 22nd and 23rd century is done off-world and most everything in the 24th Century is done by replicator (obviating the need for heavy machinery and pollution). No-one needs to work if they don't want to, however the vast majority of people choose to work because it provides them with a sense of purpose and fulfillment. Ongoing education is also apparently ubiquitous.

There appears to be full employment and the existence of AI, robotics, transporters and "automated janitorial systems" likely makes menial work unnecessary.

In answer to your specific questions;

In TNG: The Neutral Zone, we learn the fate of money. It was negated, along with the banks responsible for holding it and tracking its movement.

PICARD: Here's what I propose. You can't stay on the Enterprise, but I have arranged for us to rendezvous with the USS Charleston, bound for Earth. They will deliver you there.

RALPH: Then what will happen to us? There's no trace of my money. My office is gone. What will I do? How will I live?

PICARD: This is the twenty fourth century. Material needs no longer exist.

At the same time I think we can reasonably assume that for-profit corporations were also abolished although it's likely that some brands do still exist (Nokia, Chateau Picard, etc). Since these brands can't sell products (no money) and since there's nothing to stop me replicating the latest model, my assumption is that these would probably be managed as open-source projects with a controlling board. 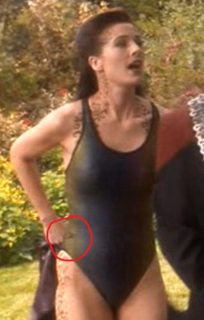 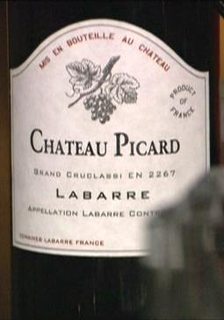 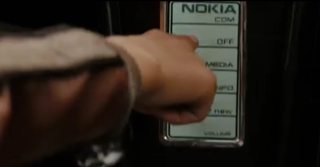 Yes, there is evidence that enterprises continue to exist so long as we count "Educational Institutions" as enterprises (as they are often counted in today's era). There are many examples of educational institutions (Harvard still exists, TNG: All Good Things; Hoshi at "Amazon University").

It seems very likely that people would continue to bind themselves together in organizations (or enterprises) that have a set structure (as evidenced by Starfleet and the Federation).

If these "corporations" survived it seems plausible that many other similar organizations survived.

The question about "How do they pay?" requires deeper speculation. It is likely a form of meritocracy, as you suggest. Imagine, if you will, jobs being done for fulfillment and enjoyment, you'd then obviously come up with other ways of measuring performance and rewarding it.

What you have to remember in this environment is that you can quit your "job" at any time, with such a huge safety net, organizations would naturally evolve to provide meaningful work, fulfillment and alternative methods of advancement (in fact, childhood clubs work very much like this: Boy Scouts & Girl Scouts are not paid, per se, but perform excellent acts of service).

Organizations (brands) that were structured to provide high quality and the best fulfillment would become renowned (in the same way "Starfleet" is a known brand).

Some corporations are either shown or mentioned. For example, there's the Bank of Boleas "the probably misspelled homeworld of the Boleans", mentioned in "Who mourns for Morn?" We know of a holonovel publishing company, which the doctor from Voyager published with, and had a subsequent IP conflict with in "Author Author". We know some private shipping companies operate in and around the Federation. Private shops and restaurants were shown a couple of times. "Janeway mentions a wonderful Sushi place in San Francisco, in the episode they encountered Species 8472's training facility." Captain Sisko's dad owns a restaurant.

That's just the stuff shown on-screen. The novels have more. One of the TOS era novels mentions the 602 club being in operation as of the 23rd century. There's a Voyager homecoming novel which shows a Chinese restaurant in San Francisco.

Overall, there are a bunch of corporations and private companies in the Federation. They seem to be oriented more towards luxury products and services, but I suppose that's a product of their post-scarcity economy.

I can easily imagine corporations still existing even without being profit driven.

Many companies today make products. We all know that the ultimate goal of the company is to make the product and sell it at a profit, but if we take out the profit motivation, why can't a company still want to make a product for the sake of making it well?

In Star Trek: Insurrection, we see a small colony of people living an agrarian life, devoted to perfecting manual skills. The same could happen within the Federation (but without the immortality part). Companies could do business for the sake of getting good at their business.

Maybe not all corporations would survive in this post scarcity world (I don't see banking being a big industry on Earth, or pawn shops). But enough corporations might survive for them not to all go extinct.

As you have noted, there's a huge difference between what we observe in the Star Trek Universe and what is stated in the show about how the Federation economy works.

Realistically what happened is Gene tried to put forth his vision of the future and threw in some nifty gadgets to make it look futuristic without ever bothering to figure out how it would all work.

Some of the stated principals of how the Federation economy works are:

Much of this could be made possible by "replicators". The currency for replicators would of course necessarily be the energy to make stuff. E=mc^2 means you need LOTS of energy to make stuff through replication. You could theoretically make anything with these devices but the show states that "gold pressed latinum" and living beings can't be replicated.

But if material goods have no (or lesser) value, then how does society exchange productivity between its members? Either people barter or there is some sort of abstract "coinage" for exchange service hours. It also means only jobs which provide services instead of goods would generate that "coinage".

So using this information and making some inferences, I get the impression that some sort of abstract exchange system (aka currency) is in place - though they refuse to call it "money".

ST:TNG shows a bit of this with their poker games. In them there's some oblique references to exchanging favors or "scut" work - but they never come out and state it as such. If an official currency exists for this, and there's no explicit legal proscription against them, I'd assume that there are enterprises (corporations) which still exist (despite character protestations to the contrary) and that they generated that official currency.

Another perspective is that perhaps the federation did continue to use official currency (and that the currency represented services) but for various sociological reasons it just wasn't polite to discuss in front of outsiders and people brought forward in time :D

This site has a deeper discussion: http://www.projectrho.com/public_html/rocket/respectscience.php#id--Unintended_Consequences--Replicators

Seriously though, humanity hasn't discovered a better way of moderating an economy than using currency to exchange productivity. Even though Gene Roddenberry often stated that his Star Trek Universe was post-scarcity and money wasn't used, he hadn't actually figured out how that would work.

4
Are there any large private companies in the Star Trek universe?
83
Why do people risk death by joining Starfleet if not for money or preservation of their homes?
13
In Star Trek (TNG), does "original art" even mean anything?
10
How did Worf pay for Yridian's information?
5
Is it possible to get any random big item replicated by request in UFP's Earth?
4
Communism in Star Trek
2
Do any Star Trek novels cover life as an ordinary (Earth) person?