What is the earliest example of Superman-style flight?

Stories of flying people (or demi-gods or gods) go back all the way into pre-history. But in my experience, most or all of the early representations of super-human flight are either based on an item external to the user (such as a flying chariot or animal) or a more obvious, mechanical means of propulsion (such as natural or artificial wings). Magical levitation is also quite an old concept, but this generally involved simple hovering of a few feet above the ground, not weaving between the clouds.

But these days, a mainstay of popular culture is the power of superhuman flight, in which a person can propel themselves through the air at great speed without any obvious means of propulsion at all. Sometimes a cursory explanation is given (e.g. "it's self-directed telekinesis" or "their molecules can match the density of air"), but often it goes completely unexplained. They basically "just can." It's something that this character can do. 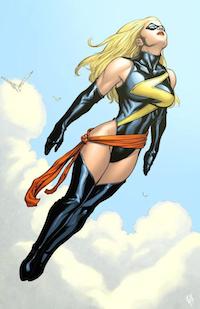 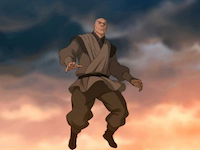 What is the earliest example of this kind of flight, one in which a humanoid character can hover, fly, rise and fall seemingly by thought alone? Did it develop immediately, debuting alongside a new character from their first appearance, or were there steps to its evolution (such as a character being able to hover at first, and then later being shown to actually fly, etc)?

Peter Pan predates Sub Mariner by a good three decades with flight that matches the parameters you describe, in his first appearance in "The Little White Bird" (1902).

As discussed here, the earliest fictional superhero capable of true flight was Namor, The Sub Mariner, appearing in Marvel Comics #1 (1939) and pre-dating Superman's first flight by nearly 4 years. Whether you could describe Namor's flight as "hovering" is debatable but he does seem to be able to control both direction and duration in his early panels. 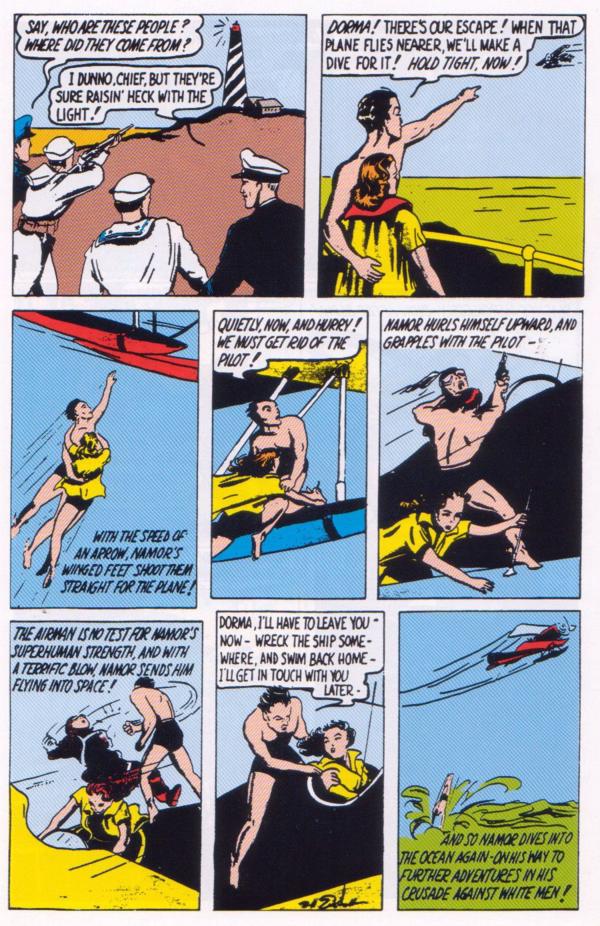 Notably, the Human Torch (who debuted in the same comic as Namor) was 'leaping' rather than flying, something he wouldn't do for another half-dozen issues before he was also gifted with the ability to fly, hover and land softly in 1940. 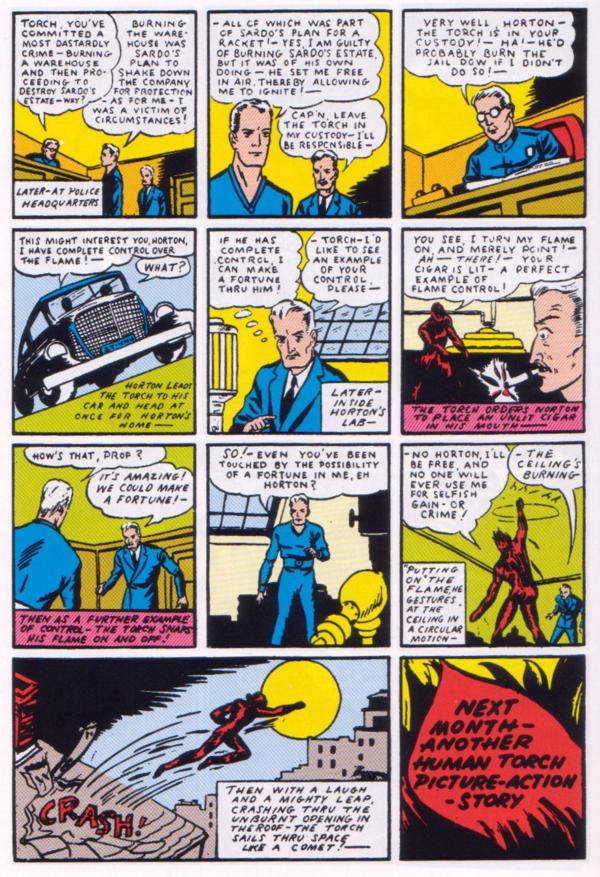 Throughout history, ghosts have commonly been portrayed as levitators. Sometimes they are even portrayed without feet.

This is so timeless that I cannot give you an exact date on when it started.

There are medieval accounts of people seeing ghostly figures flying through the sky, such as the Wild Hunt (with records as early as 1127) (also notice that while commonly depicted as riders, sometimes the hunters are on foot). If such sightings were reported back then, I think similar things may have been happening much earlier, though undocumented. 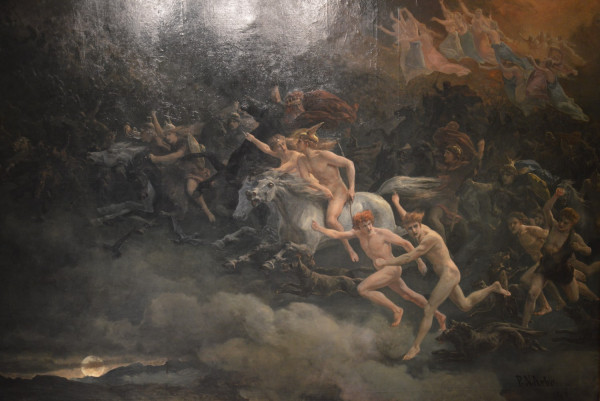 The painting above is from 1868 and is called The Wild Hunt of Odin, by Peter Nicolai Arbo. It depicts the legend from the 12th century. Notice the flying people.

I won't go into the a discussion about whether people seeing these things were hallucinating. The fact is that though some of the people who wrote about these things back then thought of them as real, the Hunt eventually became just what it is today - a myth.

57
When did Superman stop leaping and start flying?